David Warner is the fifth-highest run-getter in IPL history with 5,449 runs and is the only Sunrisers Hyderabad captain to win the title in 2016.

Australian David Warner is already a hot property even before the start of the Indian Premier League (IPL) 2022 Mega Player Auction in Bengaluru on February 12 and 13. (More Cricket News)

Even if there are reports that the dashing opener is likely to miss the first part of the IPL due to national team commitments, David Warner, the 35-year-old white-ball specialist, will surely generate a lot of interest among teams armed with a big purse.

A destructive opener, left-handed Warner is capable of providing the best possible start to any T20 game. Going into the IPL mega player auction 2022 at a base price of Rs 2 crore, Warner brings to the table the collective experience of playing 150 IPL games. He is the fifth-highest run-getter (5449) in the history of the world's most lucrative T20 league.

More than his capability as a batsman and excellent fielder, David Warner's leadership skills make him a unique package. Warner led Sunrisers Hyderabad to the IPL crown in 2016.

But the last two seasons have been bitter-sweet for David Warner. It is unlikely Warner will be seen in Sunrisers Hyderabad colours again.

A fallout with the SRH management last year saw the Australian lose his captaincy to Kane Williamson midway before he was eventually dropped from the playing XI owing to poor form during the second leg of IPL 2021 in Dubai.

However, Warner shut his critics with a Man of the Series performance in Australia’s title-winning campaign in the T20 World Cup that followed in UAE. Warner finished with 289 runs, second-best after Pakistan captain Babar Azam. Warner slammed three half-centuries, including one in the final against New Zealand. 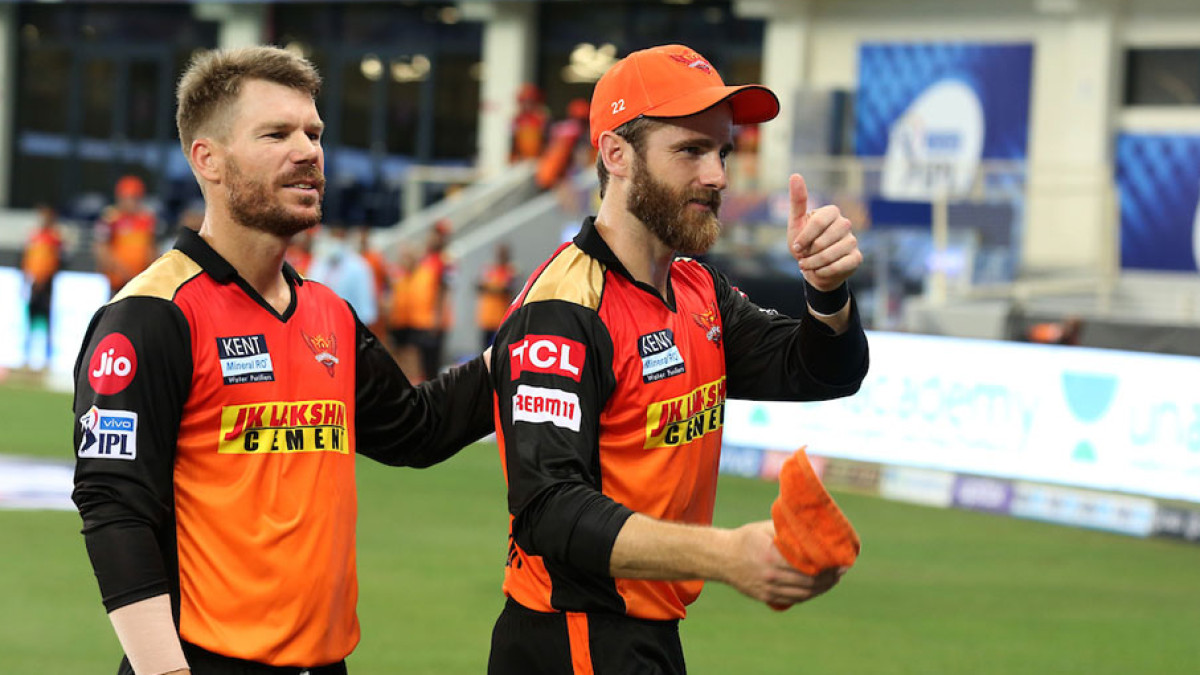 David Warner lost his Sunrisers Hyderabad captaincy to Kane Williamson during IPL 2021 in UAE. It is unlikely Warner and SRH will unite again.

“Can’t believe people wrote him off saying he was done (Warner). That’s when he plays his best cricket. Was almost like poking the bear,” Australian captain Aaron Finch had said after the T20 World Cup final last year.

Barring SRH, all other nine teams could jump for Warner. There is always a need for quality openers and former champions Mumbai Indians and Chennai Super Kings will certainly keep Warner in their plans in the new big auction.

The two new franchises Gujarat Lions and Lucknow Giants, who have Shubman Gill and KL Rahul, respectively, as specialist openers, will also have plans around Warner. And both newcomers have deep pockets too.

Known as big spenders, teams like Royal Challengers Bangalore, Kolkata Knight Riders and Punjab Kings may have retained Virat Kohli, Venkatesh Iyer and Mayank Agarwal, respectively, but they someone to lead their teams. Warner, thus, comes as a readymade package.

While Rishabh Pant is expected to lead Delhi Capitals in the upcoming season, the Delhi team which has never won an IPL, may go for Warner too.

DC assistant coach Mohammad Kaif has predicted that Warner could be one of the highest-paid in the upcoming auction. Head coach Ricky Ponting is also aware of Warner's caliber.

“Shikhar Dhawan can be the highest-paid player. Every year, he scores 400-500 runs and was a part of a good team (Delhi Capitals). David Warner can also become the most expensive player because of his superb performance in T20 World Cup 2021 and he’s captain material as well,” Kaif had said.

All in all, David Warner looks in good position to crack a mega deal in the upcoming IPL auction.