US Columnist Accuses Donald Trump Of Raping Her Two Decades Ago

E Jean Carroll in a new book 'What Do We Need Men For?' said that President Trump sexually assaulted her in a dressing room of the Bergdorf Goodman department store in New York City in the mid-1990s. 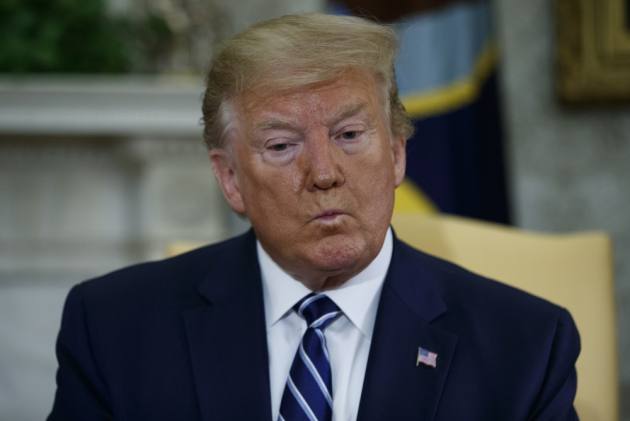 A New York-based writer and longtime women's advice columnist has accused Donald Trump of sexually assaulting her more than two decades ago, a charge denied by the US president who described it as fake news.

E Jean Carroll in a new book 'What Do We Need Men For?' said that President Trump sexually assaulted her in a dressing room of the Bergdorf Goodman department store in New York City in the mid-1990s.

Excerpts of the forthcoming book were first published on the website of New York magazine.

While Carroll does not appear to name Trump in the printed excerpt of the first-person account, he is named in the headline, which reads: "Hideous Men Donald Trump assaulted me in a Bergdorf Goodman dressing room 23 years ago. But he's not alone on the list of awful men in my life."

According to a book excerpt that appeared in New York magazine, Carroll bumped into then-real estate mogul Trump at Bergdorf Goodman. The two recognized each other and they had a friendly back-and-forth. But then Trump became violent, Carroll wrote, going on to describe her rape in a dressing room.

Carroll, 75, a longtime advice columnist for Elle magazine, is among 16 women who have publicly accused Trump of sexual misconduct over the past several decades. Most spoke out just weeks before the 2016 election.

The allegation was immediately refuted by Trump.

In a statement, Trump denied that he ever met Carroll.

"Regarding the 'story' by E Jean Carroll, claiming she once encountered me at Bergdorf Goodman 23 years ago. I’ve never met this person in my life. She is trying to sell a new book — that should indicate her motivation. It should be sold in the fiction section," Trump said.

"Shame on those who make up false stories of assault to try to get publicity for themselves, or sell a book, or carry out a political agenda—like Julie Swetnick who falsely accused Justice Brett Kavanaugh.

"It’s just as bad for people to believe it, particularly when there is zero evidence. Worse still for a dying publication to try to prop itself up by peddling fake news—it’s an epidemic," Trump said in a lengthy statement.

He questioned why there was no video footage of the incident or witnesses in the store.

"Ms. Carroll & New York Magazine: No pictures? No surveillance? No video? No reports? No sales attendants around?? I would like to thank Bergdorf Goodman for confirming they have no video footage of any such incident, because it never happened," he said.

"If anyone has information that the Democratic Party is working with Ms Carroll or New York Magazine, please notify us as soon as possible. The world should know what’s really going on. It is a disgrace and people should pay dearly for such false accusations,” Trump said.