Joe Biden To Bring 'DOTUS, Dogs Of The United States', To White House

The White House is set to welcome the Bidens' two German Shepherds, one of which will be the first rescue dog to live in the presidential house. 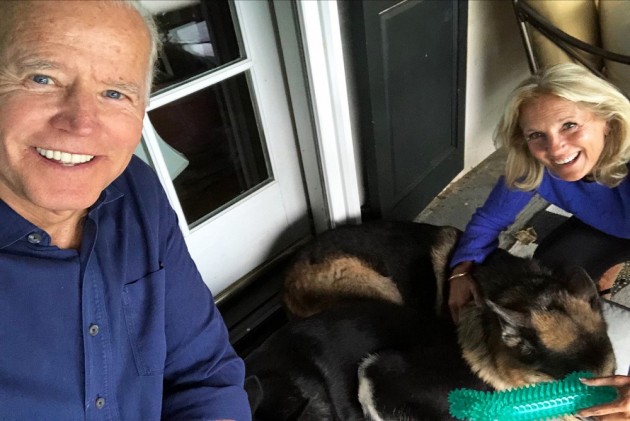 US President-elect Joe Biden and his wife Jill will bring two german shepherds, including a rescue dog, to live with them in the White House, the first time in four years when pets are heading back to the famous Washington DC address.

Biden and Jill adopted 'Major' in 2018 from the Delaware Humane Association after fostering it, NBC News reported.

The canine will become the first rescue dog to live in the White House where it will be accompanied by the Bidens’ other German Shepherd ‘Champ’, the report said.

‘Major’ was fostered by the Bidens before adoption.

It is believed that ‘Champ’ formerly lived at the vice presidential residence at the US Naval Observatory during Biden’s vice presidency, according to another media report, which added that ‘Champ’ was Biden’s childhood nickname bestowed upon him by his father, Joseph Sr.

Both the canines often appear in the social media posts of Bidens, including in various ads.

Presidential pets are a tradition in the White House, although it will be the first time in four years when dogs set foot on 1600 Pennsylvania Avenue as President Donald Trump has no pets.

Prior to Trump, former President Barack Obama owned two Portuguese water dogs ‘Bo' and 'Sunny’, during his eight years in the White House.