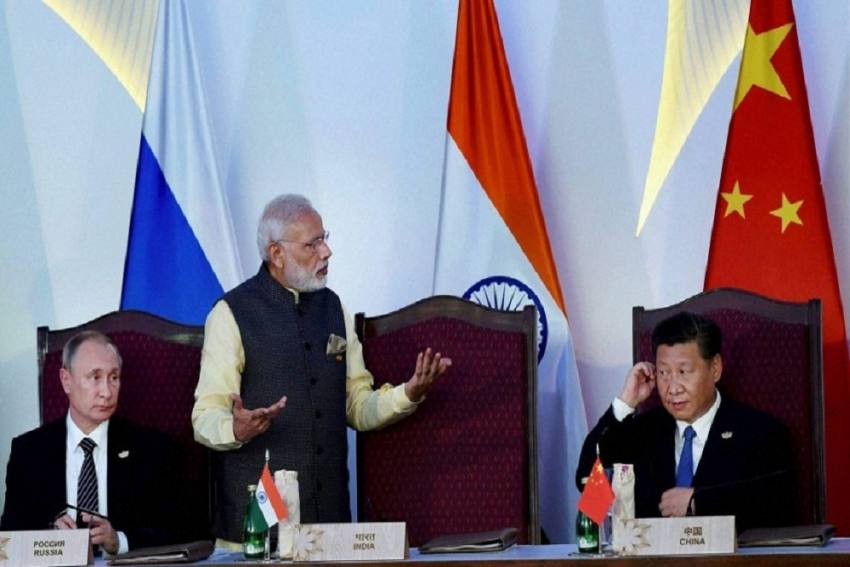 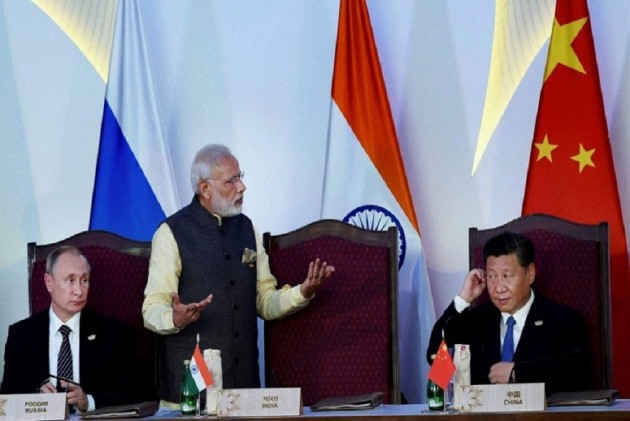 Russia on Thursday said any escalation in the border tension between India and China amid the global turbulence and unpredictability would further trigger regional instability in Eurasia, and the friction can be misused by other players in their geopolitical purpose.

At an online media briefing, Russian Deputy Chief of Mission Roman Babushkin said Russia is "naturally concerned" over the tensions between the two Asian powers, noting that it was "very important" for both the countries to engage more in "constructive dialogue".

Referring to both India and China being members of the SCO and BRICS groupings, Babushkin said respectful dialogue is the main tool when it comes to cooperation in the framework of multilateral platforms.

"It is clear that amid global turbulence and unpredictability, escalation between India and China would further affect regional instability in our common home Eurasia. The escalation we are witnessing can be misused by other players in their geopolitical purposes," he said.

"We feel it is very important to encourage both our friendly Asian countries to be more engaged in constructive dialogue. Recent news about their commitment to exercise restraint and continue communication through diplomatic and military channels to remove tensions are absolutely welcoming developments," he added.

India and China are locked in a bitter border standoff in eastern Ladakh for over six months. Both sides are now working on proposals on disengagement of troops from the high-altitude region.

The Eurasian region has also been witnessing turmoil in the last few months primarily due to rising cases of coronavirus and tense relations between Armenia and Azerbaijan over the Nagorno-Karabakh region.

"Russia remains in a unique position since it has special strategic relations with both India and China and these relationships are independent in nature. We are naturally concerned with the current tensions between India and China.

However, we believe that a peaceful solution is inevitable sooner rather than later," Babushkin said.

"Both are global and responsible neighbouring powers with huge economic and defence potential as well as civilisational wisdom," he added.

When asked whether the Shanghai Cooperation Organisation and the BRICS groups can play a role in defusing tensions between two of their member nations, the Russian diplomat said both the groupings have developed mechanisms for positive engagements

"Certainly respectful dialogue is the main tool when it comes to cooperation in the framework of the SCO and BRICS. Both associations have developed dozens of mechanisms of sector-wise cooperation and let me assure you that their relevant interest is growing," he said.

Asked about growing ties between India and the US, Babushkin said Russia does not see any problem in the relations, adding New Delhi does not provide any reason for doubt when it comes to multilateral and bilateral commitments.

"New Delhi is a global power with multi-faceted and wide and diversified national interests and we respect that. India does not provide any reason for doubt when it comes to multilateral and bilateral commitments," he said.

At the same time, the Russian Deputy Chief of Mission made a veiled reference to the "threat" by the US to India to not go ahead with mega defence deals.

"We know that there were attempts to pressure India and use unfair and illegal competition tools such as threats of sanctions and other restrictions," he said.

In October 2018, India had signed a USD 5 billion deal with Russia to buy five units of the S-400 air defence missile systems, notwithstanding a warning from the Trump administration that going ahead with the contract may invite US sanctions.

"Let's not forget about another very important trilateral mechanism, RIC, which will be chaired by India next year. We are confident that it is well designed to ensure a positive atmosphere and to expand its practical agenda," he said.