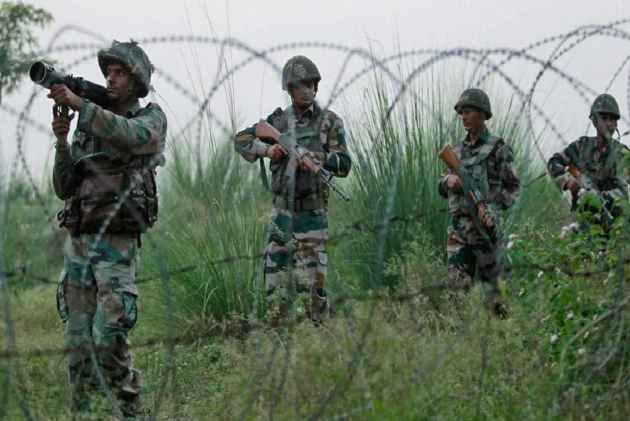 Indian Army on Thursday afternoon warned the neighbouring country of more surgical strikes if it doesn’t end its terror harbouring activities across the border.

Speaking at a Press Conference, Lieutenant General Devraj Anbu, General Officer Commander-in-Chief (GOC), Northern Command, said, "The surgical strike was a point we wanted to drive home across. The Line of Control (LoC) is not a line that cannot be breached. When we want to, we will be able to breach it (LoC), go across and strike them when we need."

Talking about the prevailing problems in Kashmir, Anbu said that there is an urgent need to create employment opportunities for Kashmiri youth to wean them away from the agitation dynamics.“The youth turning into separatists are those who are in the age group of 15-25 and who are not very sure of the future. This is one aspect which needs to be looked at,” he said.

On September last year, after the Uri attack that claimed 19 jawans, Indian Army had carried out surgical strikes at four places in Pakistan occupied Kashmir (PoK) and eliminated around 50 militants besides destroying terror infrastructure.

According to ANI, the top Army Commander’s statement was a clear indication that the troops can carry out more surgical strikes in PoK, if required, to neutralize the militants and destroy the terror infrastructure.

“The number of terror camps and launch pads across the Line of Control (LoC) in Pakistan- occupied Kashmir have gone up and around 475 militants are waiting to sneak into the Indian side,” he disclosed but said the troops were maintaining very high alert all along the LoC to ensure that the militants didn’t succeed in their plot.

Internally, he said the NIA raids on separatists and the killing of top militant leaders by security forces have helped in improving security situation in Kashmir. He disclosed that 144 militants have been killed in the State so far this year and the situation is “well under control”.

The defence ministry has put the number of infiltration bids in the first seven months of this year at 285, compared with 364 last year. Most of these bids have been foiled, reported ANI.