The 493-page verdict reads down the criminalisation of consensual sex between adults and confines Section 377 of the Indian Penal Code (IPC) only to the offence of bestiality and non-consensual acts. 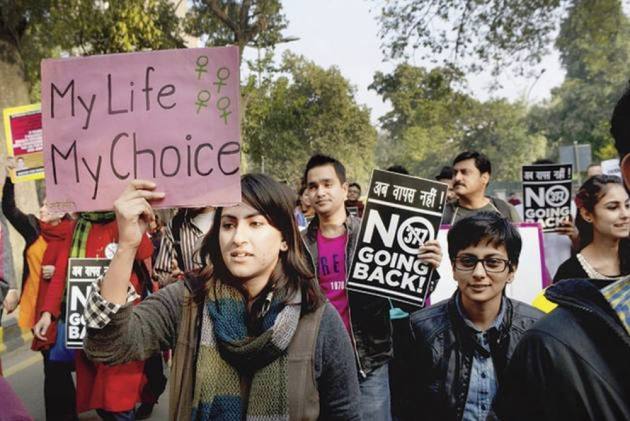 Days after the landmark Supreme Court verdict that decriminalised same-sex relationships, the media fatigue among activists and lawyers, who led the extraordinary fight against Section 377, was palpable.

They were responding to the same media queries, appearing on countless TV panel discussions, and celebrating the victory of the LGBT (lesbian, gay, bisexual and transgender) community in the world’s largest democracy.

Supreme Court advocate Menaka Guruswamy, who represented one of the petitioners in the historic case, is wary about commenting on the next course of action. “I don’t want to speculate. We need to read and reflect on the judgement. It gives us a firm foundation and cue to future journeys,” says the ace lawyer.

The 493-page verdict reads down the criminalisation of consensual sex between adults and confines Section 377 of the Indian Penal Code (IPC) only to the offence of bestiality and non-consensual acts.The judgment does not confer any further rights, although it does pave the way for LGBT members to demand equal rights guaranteed to citizens under the Constitution of India.

As the respondent to the Section 377 case, the government sidestepped taking a stand and deferred to the “wisdom of the court”. However, its mandate to the judges was unambiguous: Decide on the legality of the law that penalise ssame-sex relationships among adults; don’t venture into the civil rights territory.

The five-judge Constitutional Bench unanimously held that Section 377 was arbitrary and against constitutional morality. It amounted to discrimination on the basis of sexual orientation. The court upheld the LGBT community’s right to life, equality, dignity, liberty, freedom of expression and privacyguaranteed under Articles21, 14 and 19 of the Constitution of India.

However, as the Supreme Court judgement put it, “this was just the beginning of the process for full enjoyment of legitimate constitutional rights by them like any other citizen.”

Rights that are not

“Now that we are no longer criminals, but equal citizens, we deserve our rights in every aspect of life,” says Vivek Anand, a petitioner in the case and CEO of Humsafar Trust, one of India’s first NGOs to advocate LGBT rights. From the right to marry the person of one’s choice and have a family to access healthcare facilities and be a part of more inclusive workplace as well as social environment, the road ahead is long and arduous.

Not all laws are as ‘draconian’ as Section 377; most are insidious, avers Shibu Thomas, a law journalist and LGBT activist. “We’ll have to fight for rights that all Indians take for granted. For instance, the Special Marriage Act applies only to the union of a man and woman. It needs to be gender neutral. Similarly, the adoption and labour laws will need to include rights of sexual minorities. Either the parliament or the judiciary will have to lead the change,” he says.

Justice Chandrachud concurred in his judgment, as he wrote, “That the law must not discriminate is one aspect of equality. But there is more. The law must take affirmative steps to achieve equal protection of law to all its citizens, irrespective of sexual orientation.”

Even so, the lacunae in Indian law expose the many vulnerabilities of the LGBT community that has little legal recourse in the case of eventualities like rape, domestic violence, guardianship, and inheritance disputes. Sections 375 and 498A of the IPC are gender-specific in terms of sexual assault and violence (they only recognise the man as the perpetrator and woman as the victim). Likewise, the Protection of Women from Domestic Violence Act, 2005 (that accords legal protection to women in live-in relationships) doesn’t apply to same-sex relationships.

“There are several cases where people have been denied the right to take life/health decisions for their same-sex partners, or even attend their funerals. It’s very common for family members–many who have been estranged for years - to claim their guardianship rights, while the partners are left with no legal remedies,” rues Shibu.

Inheritance is another belligerent issue. Although one is entitled to draw a will in favour of his/her same-sex partner, the family members can contend the will in the court of law.

“Changes need to be made in the existing framework. I don’t think we need a special bill for the LGBT community. What we need are systemic policy changes that are more inclusive. The emphasis must be on constitutional morality, not public morality,” maintains Vivek.

Recent Supreme Court judgements recognising transgenders as a third gender (in 2014) and making the right to privacy a fundamental right (in 2017) have opened hitherto-closed doors for legislative and judicial reforms for LGBT members.

However, there’s still a long way to go for the over 100 million people –up to eight per cent of India’s population might be LGBT, studies estimate– to be treated as equal citizens in letter and spirit of the law.