This Election Is Not Exciting Because Congress Has Already Accepted Defeat: Modi In HP Rally 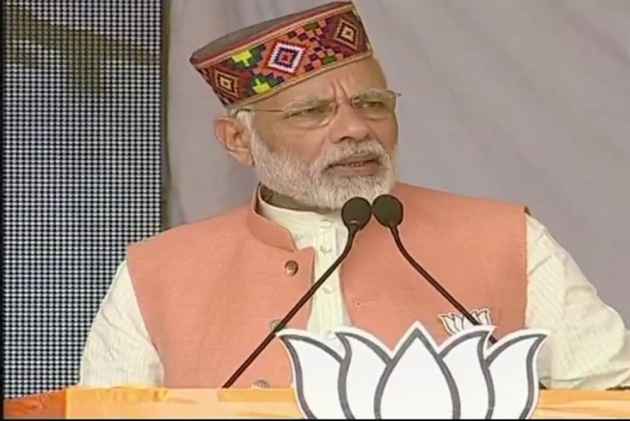 Ahead of elections in Himachal Pradesh, Prime Minister Narendra modi today addressed a rally in Una district, and said the upcoming elections is only a one-sided contest.

Lauding the BJP, the PM said he has never witnessed such enthusiasm as the party is showing this time in the state, adding that the Congress party has already accepted defeat.

Modi had on Saturday said the Congress party conceded defeat in Himachal Pradesh as its senior leaders have "run away" from campaigning in the state leaving Chief Minister Virbhadra Singh to his fate.

At a rally in Kangra, the state's largest and politically key district, he launched a stinging attack on the Congress over corruption, likening the party to termites, and exhorted the people to finish it off by handing over a three-fourth majority to the BJP in the November 9 Assembly polls.

The alleged corruption of the Congress and his government's pro-poor development works were the central theme of Modi's two election meetings.