Sakshi Malik, who became the first Indian women wrestler to win an Olympics medal at 2016 Rio Games, has fallen out of the favour and lost TOPS support, while Ravi Dahiya has been rewarded for earning a Tokyo Olympics quota 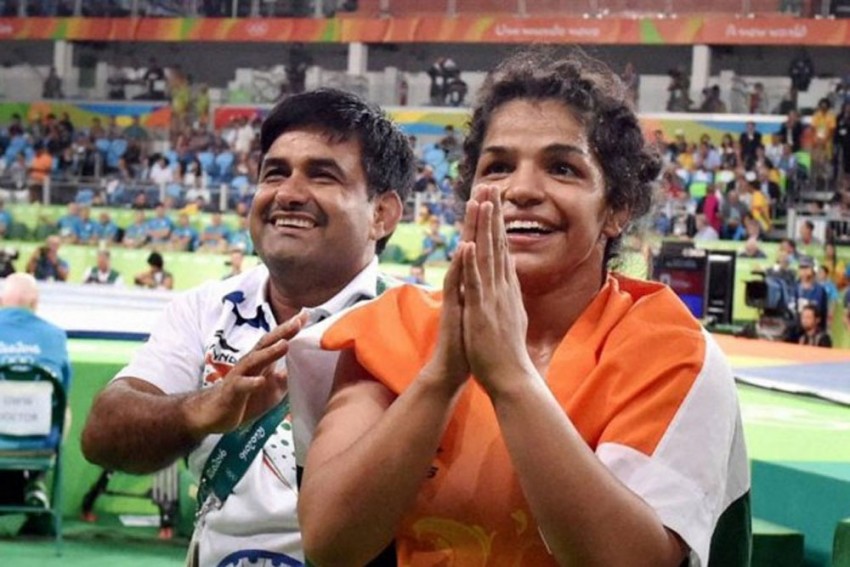 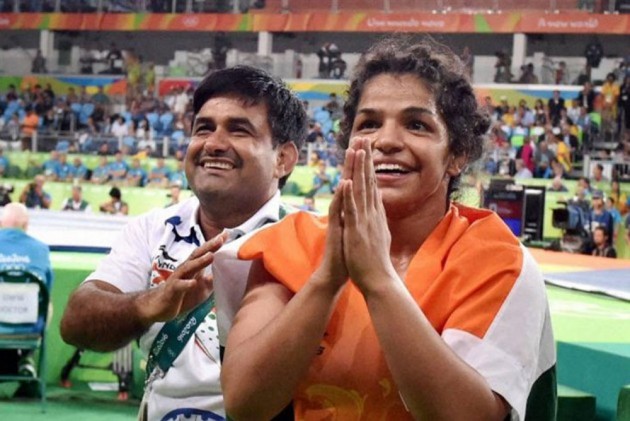 India effectively conceded a medal in the women's 62kg freestyle category even before the start of the 2020 Tokyo Olympics by withdrawing financial support to Sakshi Malik. The 27-year-old from Rohtak, who made history at Rio Games in 2016 by becoming the first Indian female wrestler to win a medal at the Olympics, has been struggling for some time and lost in the opening round at the Worlds in Nur-Sultan. But the government has rewarded promising grappler Ravi Kumar Dahiya by including him in the latest list of the Target Olympic Podium Scheme (TOPS). (More Sports News)

The Sports Authority of India's (SAI) on Friday released the list along with the roadmap for the 2024 and 208 games. The TOPS is a flagship program of the Ministry of Youth Affairs and Sports which provides assistance to India’s top athletes. It's Mission Olympic Cell (MOC) has included freestyle wrestler Dahiya in the latest list of TOPS, but Malik, who was in the scheme till the World Championships, failed to get an extension.

Ravi had earned a quota for Tokyo 2020 Olympics in men’s 57kg freestyle category after winning a bronze medal at the recently concluded World Championships.

Besides Malik, weightlifter Ragala Venkat Rahul has also been excluded from the TOPS scheme. The decision was taken during the MOC meeting at New Delhi on Friday. The committee also cleared financial proposals of over 70 lakhs at the meeting.

Also Read: Sakshi Malik Loses In Opening Round Of Worlds

According to an SAI release, the following financial proposals in eight sports were cleared:

Athletics: Overseas training in Colorado Springs for men’s 3000m steeplechase runner Avinash Sable under Scott Simons for a period of nine months till the Tokyo Olympics.

Badminton: Cleared proposal of Sameer Verma to participate in three international competitions -- Dutch Open, Macau Open and Korea Masters in October and November respectively. The committee has also sanctioned the proposal of Saina Nehwal for the financial assistance of her fitness trainer Swaroop Sinha to accompany her in seven international tournaments till December 2019.

Para-Badminton: The committee cleared a combined proposal of five players -- Pramod Bhagat, Suhas Yathiraj, Manoj Sarkar, Sukant Kadam and Tarun -- for participation in the Denmark Open Para-Badminton International for a period of eight days in October.

Para-Shooting and Para-Athletics: The committee has sanctioned the training and equipment needs of para-shooter Deepender and para-athletes Sharad Kumar and Sandeep Chaudhary.

Wrestling: The committee has sanctioned the proposal of Pooja Dhanda who will be training for a period of one month in her hometown of Hisar under the supervision of coach Fanel Carp.

Shooting, weightlifting and table tennis federations also shared a preliminary plan for their expectations from the 2020 Olympics as well as respective roadmaps for the 2024 and 2028 Games.

The TOPS is a flagship program of the Ministry of Youth Affairs and Sports which is a scheme to provide assistance to India’s top athletes.