Bajrang Punia won his second consecutive World Wrestling Championships medal after defeating Tulga Tumur Ochir to grab the bronze. This is also his third medal at the senior World's with his first coming in 2013. Ravi Dahiya was up against Reza Ahmadali Atrinagharchi, the reigning Asian champion from Iran, and capped his stunning debut with a 6-3 win in the bronze medal bout. 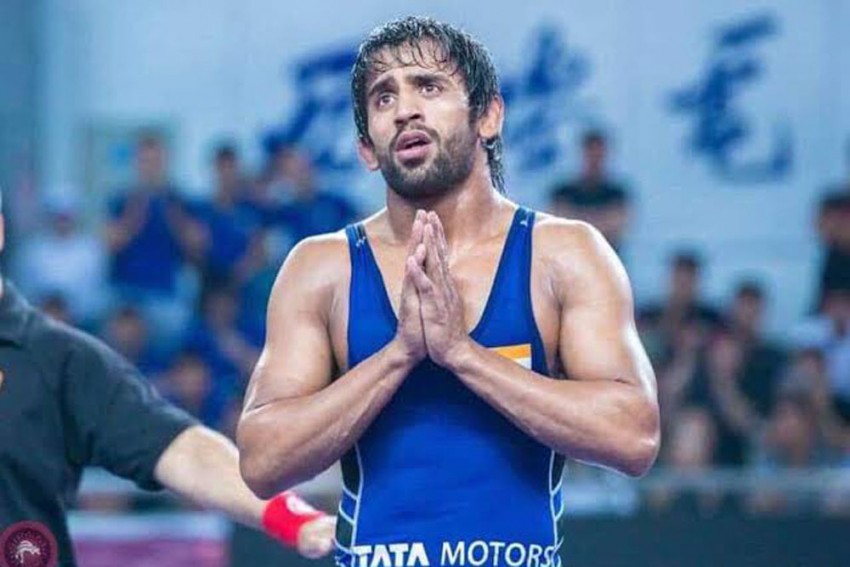 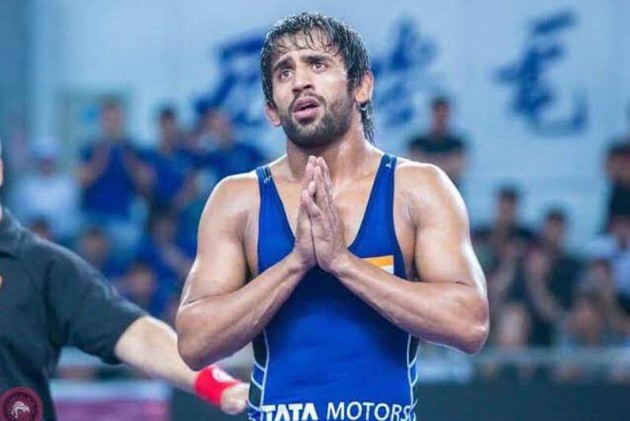 Shrugging off his controversial semifinal defeat, Bajrang Punia bagged his third World Championship medal while Ravi Dahiya made his debut memorable by grabbing a bronze here on Friday.

Bajrang was already India's only multiple-medallist at the Worlds and he consolidated his record with his narrow 8-7 win over Mongloia's Tulga Tumur Ochir, the under-23 Asian champion.

He held off a spirited challenge from Ochir who had raced to a 6-0 lead but true to his style, Bajrang ruled the second period with a flurry of moves.

Ravi was up against Reza Ahmadali Atrinagharchi, the reigning Asian champion from Iran, and capped his stunning debut with a 6-3 win in the bronze medal bout.

Ravi had shocked Arsen Harutunyan, the 61kg European champion from Armenia and 2017 world champion and world number three Yuki Takahashi of Japan before losing to Zaur Uguev of Russia.

This was India's third medal of the championships -- all bronze. Vinesh Phogat had also won a bronze in women's 53 kg event.

The last time India won three medals at the Worlds was in 2013 when Amit Dahiya, Bajrang and Sandeep Tulsi Yadav stood on the podium.

"I will never forget what they did to me. I was so heartbroken that I did not even want to fight for bronze today," Bajrang told PTI, referring to his controversial semifinal defeat against home wrestler Daulet Niyazbekov.

"The whole world saw what they did. I had worked so hard for the World Championship gold. I appeal to the UWW to do something about it.

"My coaches told me medal is a medal so I agreed to compete in this bout. I am glad I gave India third World medal," he added.

Ochir put Bajrang under a lot of pressure from the beginning as he pushed the Indian outside the mat to take the lead. He locked Bajrang's arms to prevent attacks and then effected a four-point throw to lead 6-0.

Bajrang got on board with a counter and true to his style made a superb comeback in the second period. He first erased the deficit and then took lead with a flurry of moves to eventually nail a narrow 8-7 win.

Bajrang had won a silver medal last year and a bronze in the 2013 edition in Budapest.

It was his first tournament of the season where Bajrang did not make the final though he qualified for the Tokyo Olympics in this championship.

Asked if he found his defence lacking since he has been trailing in his bouts, Bajrang replied, "No, that's my style. I do well after trailing. I have been doing that for years."

In the run up to the World Championships, he won titles at all four competitions -- Dan Kolov in Bulgaria, Asian Championship in China, Ali Aliev in Russia and Tbilisi Grand Prix in Georgia.

Last year also, it was only at the Asian Championship in Bishkek where he did not reach the final, finishing with a bronze.