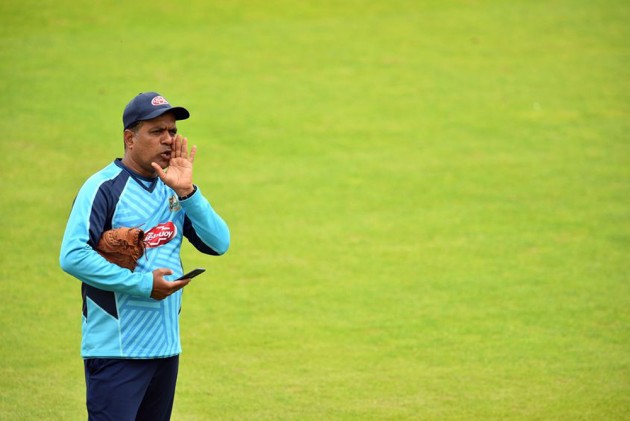 Sunil Joshi is backing Bangladesh’s spin bowlers, led by the in-form Shakib Al Hasan, to hold their own against India when their ICC Men’s Cricket World Cup 2019 campaign continues next week. After beating Afghanistan by 62 runs at the Hampshire Bowl, Bangladesh can take a short but well-earned break before facing the double World Cup winners in Birmingham on July 2.

It will be a special occasion for Sunil Joshi, the Bangladesh spin bowling coach, because he made 15 Test and 69 ODI appearances for India between 1996 to 2001.

He watched in delight as Shakib continued his brilliant all-round World Cup with five Afghanistan wickets, and also enjoyed the contributions of Mehidy Hasan and Mossadek Hossain in helping to restrain the Afghanistan batsmen.

“As a spin coach you cannot ask for more,” said Joshi. “Shakib is a legend, no doubt. It is a source of great pride that we have a player like that in the Bangladesh side. He is Mr Consistent for us be it with the bat, the ball or in the field.

“He has really focused on his fitness and lost between five and seven kilos recently. You can see how that has paid off with his running between the wickets, you can see the hunger in his cricket. His presence is really helping us to take our whole game forward.”

Joshi needs no second invitation to talk about the meeting with India, who are likely to include both Kuldeep Yadav and Yuzvendra Chahal in a battle of the turning ball.

“We all know they play spin well,” he added. “But so do we, we play spin very well and played it well against Afghanistan.

“We have shown in the white ball formats here and before this how we are a good side, we won in Ireland, we have beaten West Indies home and away and come close to beating India three times in the past three years.

“We have our own brand of cricket we are playing with the likes of Liton Das, Mushfiqur Rahim, Soumya Sarkar, Tamim Iqbal, then Mashrafe Mortaza with the ball, and the others.”

Joshi wants to bring his own experience of playing in England to bear - pointing out the way, for example, that the open grounds allow the breeze to continually change direction.

But he admitted he would enjoy another surface at Edgbaston similar to that at the Hampshire Bowl which made life difficult for batsmen against the slow bowlers, underlined by how Afghanistan’s spinners restricted India in their previous match.

“We have quality spinners, the same as India,” added Joshi. “How do you deal with them? Facing them and bowling to them it is the same. You think of it one ball at a time.

“Every team has their strengths and weaknesses. I have seen India very closely when we have played them. We know where to bowl to them.” (With ICC inputs)