44.36 average for first wicket one of the best in Cricket World Cup's 44-year history. Stats reveal predicted conditions for swing bowlers have not materialised 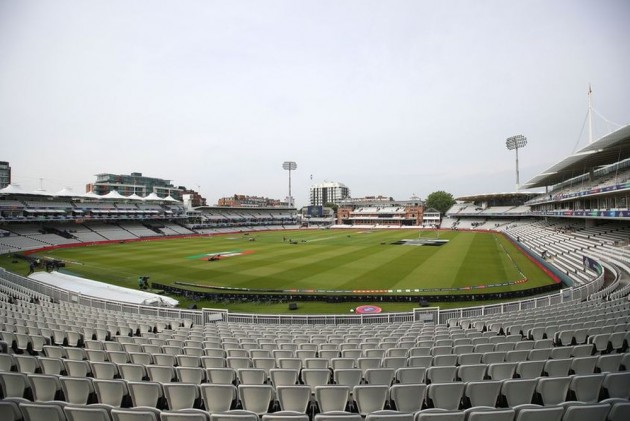 “What I have seen in this World Cup so far is that if you don’t pick up early wickets, you’re in trouble.” It’s fair to say Waqar Younis knows a thing or two about setting up batsmen and the former fast bowler is far from the only luminary to preach the gospel of wickets in the powerplay. (POINTS TABLE | FULL SCHEDULE)

But two thirds of the way through the ICC Men’s Cricket World Cup 2019 group stage, has this been borne out in the numbers?

It Ain’t Got That Swing

There are no two ways about it: the ball has not swung as much as expected at this edition of the World Cup.

ALSO READ: When The Mind Is Without Fear... Beware Of A Pakistani Resurgence: Waqar Younis

In fact the extent of swing is comparable to the 2011 World Cup, coming in at 0.637°, held in the subcontinent where pitches tend to either be dry or slow and low.

And 10:30 starts make no appreciable difference. After Australia’s win over Sri Lanka in Match 21, it was found that the ball swung exactly 0.65° in the powerplay of both first and second innings.

It has taken a while for captains to wise up.

Only one of the first seven skippers to win a toss in the tournament chose to bat first – that was Afghanistan in their Match 4 defeat by Australia at Taunton.

At one stage just 18 per cent of toss winners elected to bat first, significantly lower than any other edition of the showpiece aside from 1979, also held in England.

This changed appreciably in the fourth week of the group stage. Opening stands like India’s 131 against Pakistan and Australia’s 121 against Bangladesh seem to have planted a seed.

From Match 24 to Match 30 inclusive, five teams chose to make first use of the pitch and they all came away with victories. New Zealand, chasing, needed the final over to beat South Africa.

Across the competition, batting first or second has had no real impact on making a quick start. On average, teams batting first score 44.25 per wicket in the powerplay and 42.63 batting second.

Opening batsmen have actually had a rare old time at the 2019 World Cup, with first-wicket partnerships more prolific than at almost any time in the tournament’s history.

First wicket stands have averaged 44.36 this summer, with only 2011, when they averaged 45.20, seeing openers make more hay.

Openers have been particularly severe on length bowling, traditionally the most profitable option up front, giving the new ball the best chance to swing.

Balls on a length from seamers in the first ten overs have caused problems in the past in World Cups, but batsmen have a batting average against it twice that of four years ago.

Aaron Finch and David Warner have combined for 447 runs in six innings, continuing a trend that sees Australia average 53.81 for the first wicket in ODIs since 2015, the highest in the world.

India have lost Shikhar Dhawan to injury but the form of replacement KL Rahul suggests they can continue to set the tone at the top - having amassed 18 centuries with their first wicket since 2015.

Tinkering seemed to hold Sri Lanka back between 2015 and 2019, trying 22 opening combinations, but Dimuth Karunaratne’s return sees them average 65 at this World Cup compared to an overall 40.

Aside from their century stand in their only victory, over Afghanistan, South Africa’s opening average has sunk from 50 to 27.

West Indies, whose openers have produced just two centuries and ten fifties since 2015, have failed to find a formula in England & Wales as the only team not to muster a half-century stand.

Yet cricket always has the scope to surprise, and New Zealand made unwanted history when both Colin Munro and Martin Guptill were dismissed first ball against West Indies.

This is just the sixth time both openers have been dismissed in the first over of a ODI.