WI Vs IND, 2nd ODI: Virat Kohli Admits Shreyas Iyer Takes Pressure Off Him; Fans Think About Something Else, More

While Virat Kohli scored his 42nd ODI ton (120 off 125), Shreyas Iyer helped himself to a brilliant 71 off 68 balls to help India post a very good total of 279/7 which proved to be more than enough to beat West Indis at Port of Spain 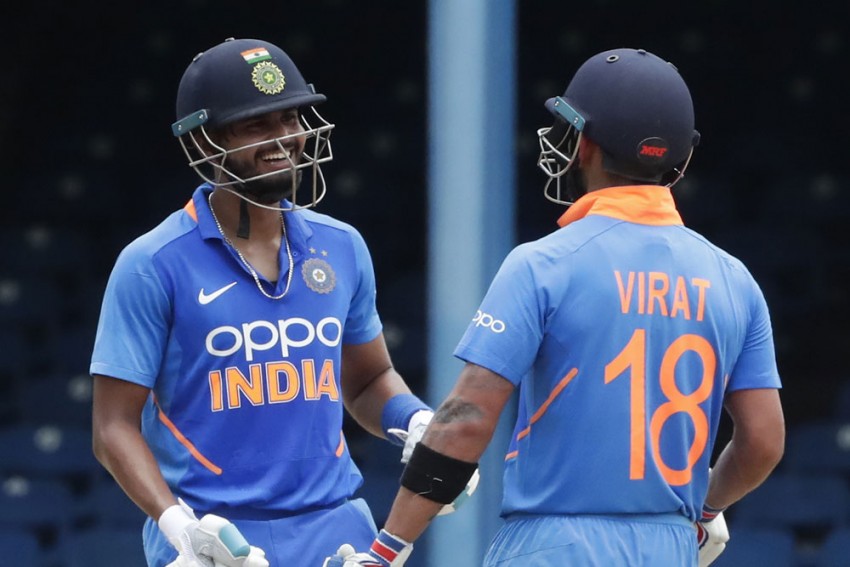 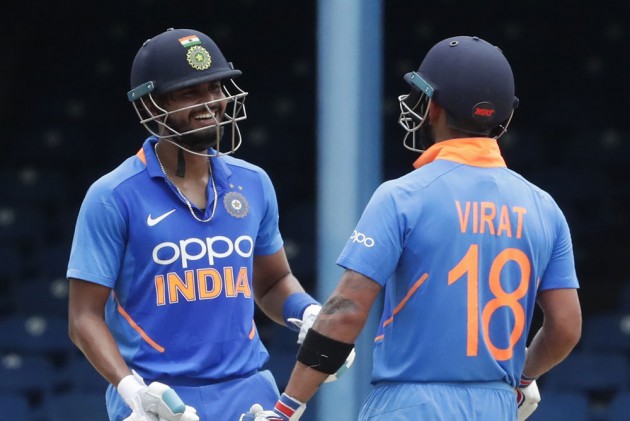 After helping India beat West Indies by 59 runs at Port of Spain on Sunday, skipper Virat Kohli conceded that Shreyas Iyer took the pressure off him. But Indian fans have much more to say.

Batting first, India lost Shikhar Dhawan in the first over itself, forcing Kohli to play as an opener. The skipper rebuilt the innings with his deputy Rohit Sharma by putting together 74 runs. But two quick wickets, those of Rohit and Rishabh Pant put India in a spot.

The arrival of Iyer, however, proved the decisive moment in the match as a 125-run stand with Kohli for the fifth wicket followed.

After the match, the skipper hailed Iyer's presence.

"He (Iyer) is a very confident guy and has the right attitude. Really got the tempo going and took the pressure off me. After I got out, he got the extra runs as well," Kohli said.

Meanwhile, not everyone was happy with Kohli's decision to bat Pant ahead of Iyer. With India doing everything to find a capable number four, fans believed that Iyer should be given the chance to prove his worth.

Good to see #ShreyasIyer get runs in the #WIvIND 2nd ODI. Not happy that Pant was promoted to 4. Need a pure batsman there as No 4 been a long term problem.

#ShreyasIyer Great innings by an young champ... Better to be placed on no 4...as rishabh can his role much as finisher at no 5

#ShreyasIyer has always performed when given the opportunity. He needs to be backed and should be given a long run. Also push him at 4. He is well equipped than Pant in technique and temperament. @BCCI #INDvsWI

#ShreyasIyer
I think Iyer is the best batsman for no4 position, takes singles easily which makes flexibility for others , no doubt Rishab Pant is also good but if Indian team use him as a finisher it would be great. pic.twitter.com/zXKjvXzC5i

Interesting that selectors and management lost patience with just a couple of low scores (18 , 30) from Shreyas after couple of fifties. #WIvIND #ShreyasIyer

Make #ShreyasIyer the Number 4 batsman. Get in @RealShubmanGill to play at 5. Pant and Jaddu can play the finisher role. We even have the likes of @hardikpandya7, Good openers, solid middle order and good finishers. That's how we should prep for #CWC23

Just for the record, Iyer has three fifties in six ODI innings as against Pant's nil in nine innings.

The win helped India take a 1-0 lead in the three-match series. The third and final match will be played at the same venue on Wednesday.

The first match was abandoned due to rain.