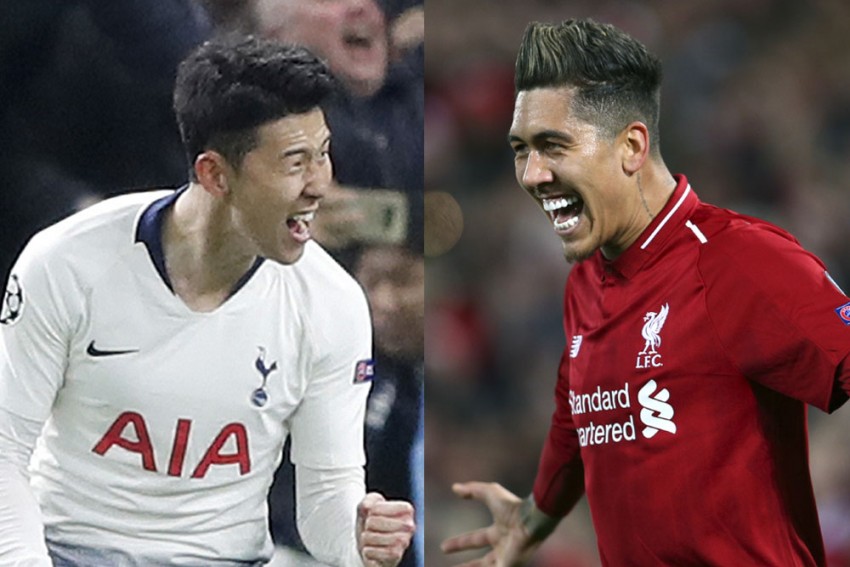 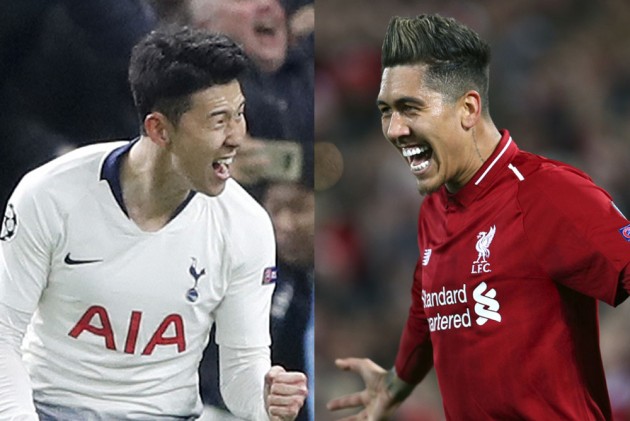 Liverpool closed in on a UEFA Champions League semi-final meeting with Barcelona or Manchester United after sweeping aside Porto 2-0 in the first leg of their quarter-final tie at Anfield early Tuesday night, while Tottenham Hotstar earned a slender advantage over favourites Manchester City.

Far from the late drama that has accompanied the Red's Premier League title bid of late, Naby Keita and Roberto Firmino struck inside the first 26 minutes to put the hosts in command. At the new Tottenham Hotspur Stadium, London South Korea forward Son Heung-min scored late in the second half was enough for a 1-0 win but the quarter-final match was marred by Harry Kane's potentially season-ending injury.

"2-0 is a really good result, I would have taken it before the game and I take it now," said Liverpool boss Jurgen Klopp.

"It was a good game, a controlled game. We deserved the win 100 percent and scored two wonderful goals." Liverpool's only regret may be not building a more emphatic lead to take to Portugal for next week's second leg.

However, a fourth clean sheet in five home Champions League games this season means an away goal at the Estadio do Dragao on April 17th will leave Porto needing four to progress.

"We have to go there, we have to fight, Porto will do everything to strike back but that's how it should be in the Champions League quarter-finals," added Klopp.

Liverpool thrashed the Portuguese giants 5-0 in the first leg of their last-16 tie last season and the scoreline could have been just as embarrassing for Sergio Conceicao's men had the hosts been more accurate in front of goal.

It took the hosts just five minutes to open the scoring as Keita got his second goal in as many games having waited nine months to open his Liverpool account.

The Guinean got the benefit of a big deflection off Oliver Torres as his strike from the edge of the area left veteran goalkeeper Iker Casillas helpless.

Mohamed Salah ended his eight-game goal drought as Liverpool returned to the top of the Premier League table with a 3-1 win at Southampton on Friday, but the Egyptian got his angles wrong when he failed to double the hosts' lead with just Casillas to beat moments later.

Conceicao was visibly furious with his side's slack defending, but Porto could easily have got back into the tie when Alisson Becker saved well with his feet from Moussa Marega.

Liverpool then had to survive a VAR review for a potential handball against Trent Alexander-Arnold as Alisson palmed the ball into his full-back.

Soon, though, Alexander-Arnold was helping twist the knife into Porto at the other end with his eighth assist of the season.

Jordan Henderson, playing in a more advanced midfield position than normal, cut the visitors' defence open for the England international to square for Firmino to tap into an empty net.

"Hendo is a brilliant player and I'm really happy he can show that again," said Klopp.

"He likes that position so it is my fault he played for one-and-a-half years as the holding player, but we needed him there." Only a matter of centimetres denied Liverpool a third early in the second half when another excellent Henderson allowed Sadio Mane to volley home, but the Senegalese was flagged offside.

The fine balance Liverpool must strike in maintaining their quest for European glory while also trying to end a 29-year wait for a league title was in evidence as Klopp withdrew Mane and Firmino in the final quarter with one eye on Sunday's Premier League visit of Chelsea.

However, that proved a luxury that Liverpool could afford to take as they look set for a second Champions League semi-final in as many years.

Mauricio Pochettino challenged "spirited" Tottenham to finish the job after their 1-0 win over City.

Pochettino was delighted with Tottenham's display against the Premier League champions, but he insisted the tie was still delicately poised.

"We showed great quality. We were all excited and motivated to play this type of game," he said.

"The energy was good, fantastic, and the penalty save gave us a big lift.

"There are still 90 minutes to play and it's Manchester City. But with the spirit we play, anything is possible."

Tottenham's victory was an unexpected twist after Kane injured his left ankle in a tackle on Fabian Delph early in the second half.

Kane will have tests on the injury on Wednesday, but Tottenham boss Pochettino fears his star striker could miss the rest of the campaign.

"It is very sad and very disappointing. We are going to miss him - maybe for the rest of the season," he said "It is a worry for us. We hope it is not a big issue. But there is not to much time to recover. He twisted his ankle."

City had only themselves to blame for failing to earn an advantage for the second leg in Manchester on April 17.

Having won the League Cup, reached the FA Cup final and kept the destiny of the Premier League title in their own hands, this was City's next hurdle in the race for an unprecedented quadruple.

But City boss Pep Guardiola is adamant it is "almost impossible" to achieve a clean-sweep of all four major trophies.

He might be right on the evidence of a City display that lacked the cutting edge and intensity required to keep Tottenham at bay.

City's first defeat since a January 29 setback at Newcastle is not fatal to their European ambitions, but they will have to improve on this tired effort to stop Tottenham reaching their first European semi-final since 1984.

"Nobody said it would be easy. We have to show what we can do in the next game," Guardiola said.

"We were more in control, the second half we didn't really concede anything.

"It was a good performance but that's the Champions League. We lost, we have the second game and we will see what happens."

If Guardiola was concerned about subduing Tottenham and the boisterous crowd in their new stadium, his side were handed a golden opportunity in the 12th minute.
Raheem Sterling cut in from the left and left three Tottenham defenders in his wake before unleashing a shot that struck Danny Rose's raised arm as the Tottenham left-back slid in to block.

There were no penalty appeals from City, but after consulting VAR, Dutch referee Bjorn Kuipers awarded the spot-kick.

However, Lloris plunged to his left to keep out Aguero's penalty with a superb save.

Kane was embroiled in a physical battle with City defence's but his attempt to fight fire with fire proved his downfall in the 55th minute.

Crunching into a late challenge on Delph on the touchline, Kane appeared to twist his ankle before immediately signaling he would have to come off.

The sight of the England captain, who has scored 24 times this season, limping badly down the tunnel could have been fatal for Tottenham.

Yet they thrived in Kane's absence for seven matches with left ankle ligament damage earlier this season.

And once again they rose to the challenge to snatch the lead in the 78th minute.
When Son beat the City offside trap, it appeared his touch was too heavy to take advantage.

But he alertly kept the ball in play, taking advantage of Delph's pause to protest the decision by slamming a low drive under Ederson from close range.

Guardiola once infuriated Pochettino by calling Tottenham 'the Harry Kane team' -- now Son has provided the perfect riposte to that jibe.

IPL 2019: Despite Four Wins In A Row, MS Dhoni 'Cribs' About Chennai Pitch