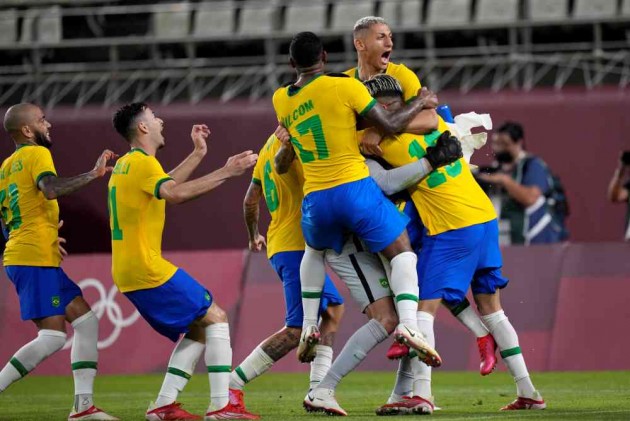 Spain beat host Japan 1-0 Tuesday with Marco Asensio scoring a curling shot in the 115th minute in Saitama. Brazil was taken to penalties by Mexico, winning the shootout 4-1 after a scoreless draw in Kashima.

Mexico will play Japan for the bronze medal in Saitama on Friday. The gold-medal match is set for Saturday in Yokohama.

Brazil won its first Olympic title at the 2016 Rio de Janeiro Games in a penalty shootout with Germany. Neymar converted the clinching penalty at the iconic Maracana Stadium.

Spain's only Olympic title also came at home — at the 1992 Barcelona Games. The country's last final was at the 2000 Sydney Games, losing to Cameroon. (AP)