Tennis' 'Sholay' Moment: Leander Paes Clubs Video Of Him And Mahesh Bhupathi - WATCH It With Full Volume On

The video, which the legendary Paes shared on his Twitter handle, has him and Mahesh volleying a tennis ball on the wall with a frying pan with the iconic song 'Yeh Dosti Hum Na Chhodenge' from the movie 'Sholay' playing the background 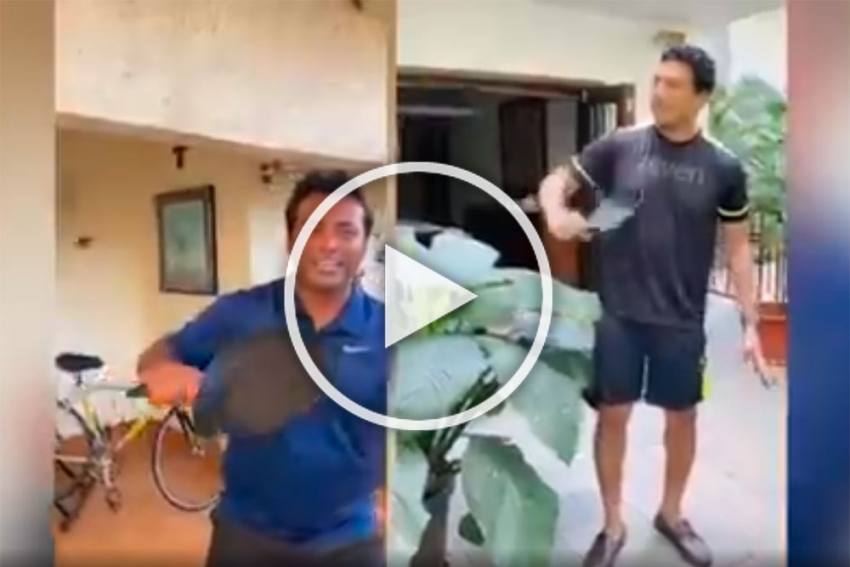 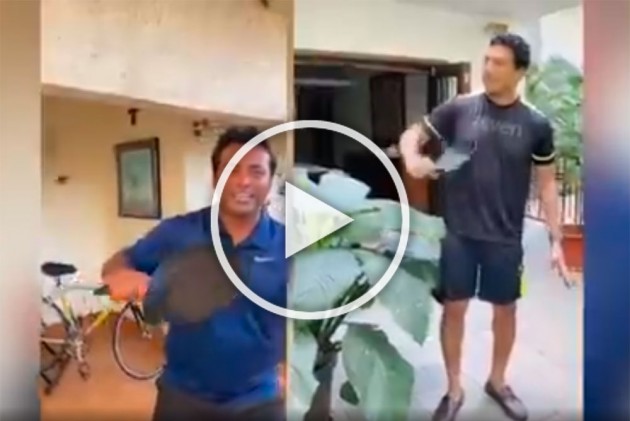 Leander Paes on Sunday clubbed his and Mahesh Bhupathi taking up the 'Frying Pan' challenge videos together in a funny collage for those who wanted to see him and his former Grand Slam winning partner back playing together.

The video, which the legendary Paes shared on his Twitter handle, has him and Mahesh volleying a tennis ball on the wall with a frying pan with the iconic song 'Yeh Dosti Hum Na Chhodenge' from the movie 'Sholay' playing the background.

"For all those who wanted to see us playing together," Paes wrote along with that post.

"Bravo.. finally getting Tech Savvy in your old age @Leander," Bhupathi replied. Avid Indian tennis fans, who have been fed on a diet of Paes and Bhupathi winning Grand Slams together while growing up, had called for the pair to join hands again with the Olympics slated next year.

The nostalgia-filled call came to life after the duo exchanged pleasantries on social media over a 'Frying Pan' challenge which the legendary Paes started. While Paes is still to call time on his illustrious career, Bhupathi had retired sometime back and recently served as the non-playing captain of India's Davis Cup team.

In a Twitter exchange recently, Paes challenged fans to take up the 'Frying Pan' challenge.

"Here's a challenge for you guys while we're in lockdown! How many can you do? I'm challenging all of you out there. Send in your entries with the Frying Pan Challenge, tag me, and I'll share the best few!" Paes had tweeted along with the video of him hitting no-look volleys with a frying pan.

Bhupathi, who had partnered Paes in men's doubles for many years in the past, was in awe of the 46-year-old. Quoting the video put on ATP Twitter handle, Bhupathi wrote, "Man can volley with anything."

Bhupathi then did his own bit with a smaller frying pan, saying: "@Leander here you go, I tried your no look, talking to the camera version but I don't have that kind of skill so I went down in size to a mini frying pan to make it challenging."

"You've always had mad skills and I remember that volley winning us a few Grand Slams," Paes tweeted in reply to Bhupathi. Bhupathi has won three of his four Grand Slam doubles titles with Paes. The pair have had their well-documented differences in the past with a lot said about their frosty relationship off the court.