Qatar Vs India, 2022 FIFA World Cup Qualifier: Ashique Kuruniyan Has Everything to Play For

Ashique Kuruniyan was a surprise inclusion in India's previous 2022 FIFA World Cup qualifier against Oman in Guwahati. The winger has slowly established himself as a vital cog in the Blue Tigers setup, and could be Igor Stimac's trump card against Qatar on Tuesday 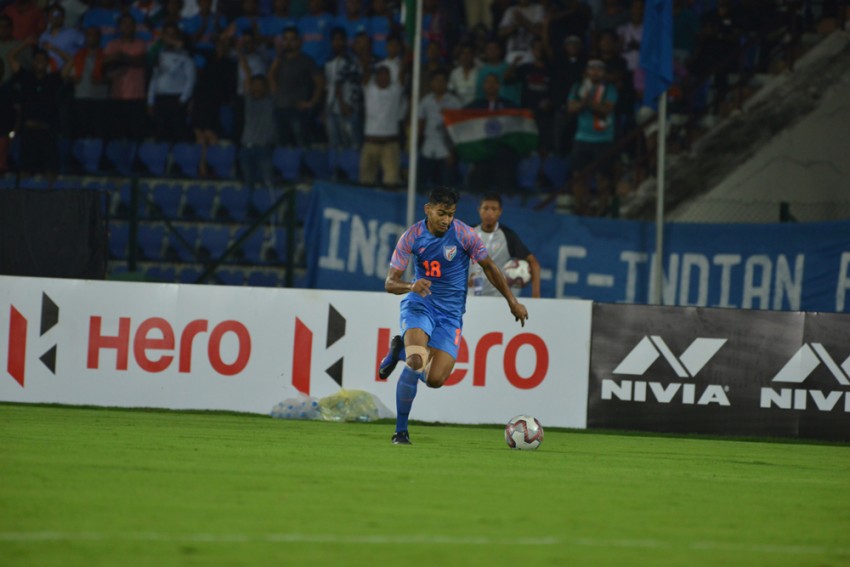 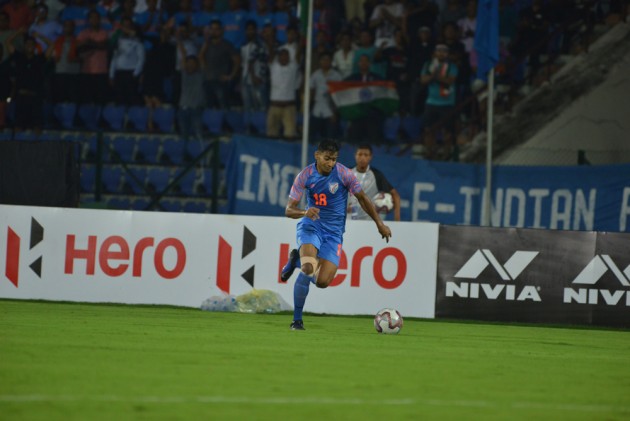 India crashed to a defeat against Oman in their 2022 FIFA World Cup qualification opener in Guwahati last week. Although, the defeat once against exposed India's porous defence, there were also a few positives for coach Igor Stimac. One of the positives for the former Croatian World Cupper should be Ashique Kuruniyan. The youngster - a surprise inclusion against Oman - was India's best performer alongside Sunil Chhetri, who had put India ahead in the 2-1 defeat. Kuruniyan will probably start against Qatar in Doha on September 10 too.

Having made his senior national team debut in 2018, the 22-year-old Ashique Kuruniyan has had a steady rise in his professional career. First starting off as a shining prospect in Pune City's academy, the midfielder moved to Spanish side Villareal FC to improve his development.

Although nothing media-worthy came out during his short stint in Europe, Kuruniyan did spend some time with the club's 'C' team, improving his play with and without the ball. These qualities are what really puts him on a different level when compared to players belonging to his generation.

Kuruniyan, of course, owes his sudden rise to ex-coach Stephen Constantine, who made him an integral first-team player in India's bittersweet 2019 AFC Asian Cup campaign, where they faced a group stage exit. Recently bought by Bengaluru FC for the upcoming domestic season, he was a crucial member during India's 4-1 thrashing of Thailand.

Soon after this year's Asian Cup, Kuruniyan's career stuttered due to his former club FC Pune City's financial troubles and average displays in the Indian Super League. Also, injuries and fitness issues prevented him from receiving national team call-ups. Kuruniyan missed out on Stimac's roster for the King's Cup and Intercontinental Cup. Considering his quality, his inclusion in the World Cup qualifiers was expected, but fans were prepared to see Lallianzuala Chhangte perform in the left-wing. 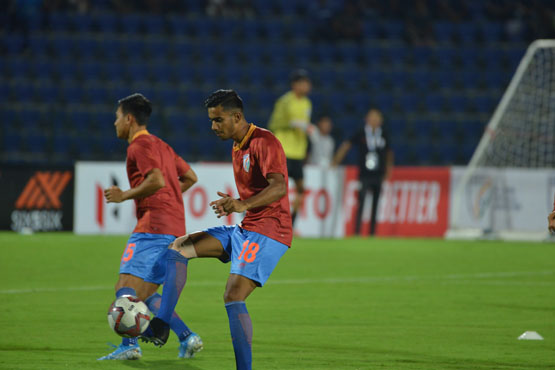 In a tactical surprise, Stimac started Kuruniyan on the left, partnering Chhetri and Udanta Singh in attack against Oman. The Blue Tigers started on a good note, and the trio's first-half performance was reminiscent of their partnership in the memorable January win over Thailand.

Kuruniyan's movement with the ball is the best when compared to his India teammates. His movement off the ball creates space for Chhetri to score goals or link well with Anirudh Thapa. His direct running distracts opposition defenders towards him. He also possesses amazing ball control.

It is worth noting that only after Kuruniyan was substituted against Oman, India's attacking work-rate reduced with Chhangte unable to go past defenders or even link well with his teammates. Kuruniyan also provides defensive support and is a vital cog in his team's system. His ability to drift into empty spaces and interchange positions with Chhetri (from left to false nine) is the main mechanism for India's attacking moves.

"There was only one thing on my mind - I have to play like it is the last game of my life. I had decided that I will give my all against Oman. After the injury, I never thought I will get my chance to come back so early and so, I was motivated to leave everything out on the pitch," said Kuruniyan to aiff.com, after India's defeat to Oman.

With Udanta, the Kerala native is the best winger in India currently based on big-game performances. He loves to dribble and run directly at players. He can use both his feet and is afraid of one-on-one scenarios. A good crosser, he has an eye for a pass and can hurt oppositions with his sublime deliveries.

Highly agile, the former Pune City man can dribble in closed spaces and is quick with his feet. He has a high work rate and can be seen performing his responsibilities with much aplomb. He also performs his defensive duties well. 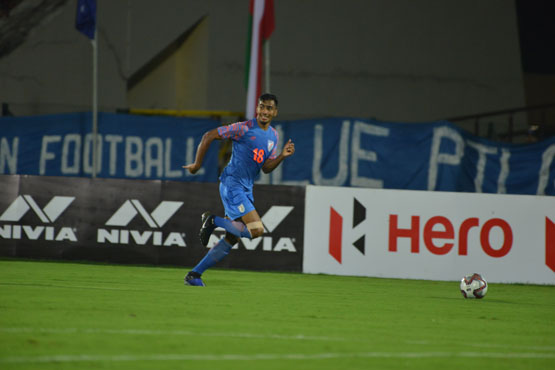 Kuruniyan needs to have an end product, which he seems to be lacking. In numerous occasions, his direct dribbling sees him lose the ball in the opposition half. He also has a penchant for receiving bookings and needs to work on his discipline.

He also needs to work on scoring goals. Just like in the Asian Cup, the youngster missed sitters due to nerves. In the 2018-19 season, he scored only two goals in 17 appearances and registered three assists for Pune. For the national team, he has only scored a goal in 12 appearances.

Expect Kuruniyan to start against Qatar in Doha's Jassim bin Hamad Stadium. Stimac's confidence in the player was displayed by his inclusion in the roster in Guwahati. Placed on the left flank, India's result could depend on his partnership with Chhetri and Udanta. If he and his teammates put in top performances, we could see a cracker of a match!