More from Neelav Chakravarti
View All

After a disappointing finish in their 2022 FIFA World Cup qualification campaign opener against Oman, India will be hoping to get a positive result out of their upcoming must-win qualifier versus Qatar on September 10. The second round match will be played at Doha’s Jassim bin Hamad Stadium.

Placed at Group E, the Blue Tigers lost to Oman in Guwahati despite taking the lead. The 2-1 loss means that they are currently fourth in a five-team group. Qatar lead the pack due to better goal difference than No. 2 Oman. Bangladesh are third, and Afghanistan are at the bottom.

The 2019 AFC Asian Cup champions are in good form currently, after coasting past Afghanistan 6-0, in their opening qualifier. Also, they put in a decent display in the 2019 Copa America. Being hosts for the 2022 World Cup, gives them a direct slot in the global showpiece event, but they haven’t taken the qualification fixtures as sparring matches. Head coach Felix Sanchez Bas will be aiming to develop his squad and build a strong outfit for the World Cup. Results in the qualification phase might not mean anything, but going by the way Qatar played against the Afghans, Sanchez really wants a good record of results. 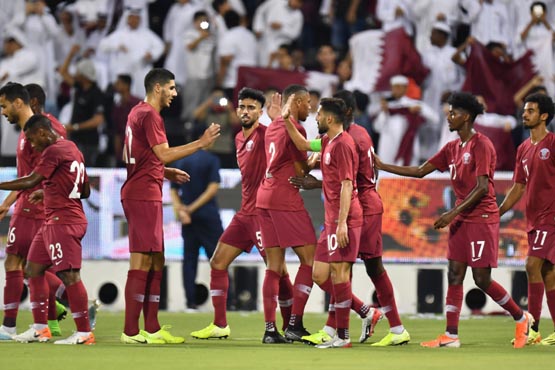 Over the years, Qatar have become heavyweights of Asia. Image Courtesy: Twitter

Lethal striker Almoez Ali has carried on with his fine continental form, with a hattrick in his previous outing.

If India need to learn from a country about football development, it has to be Qatar. The Arab country’s rise in football has been rapid. Nobody expected them to win the Asian Cup, but they did so with dominating performances. The current national team setup owes a lot to the Aspire Academy for developing players.

The Maroons have had a good run of fixtures in the past few months. But it can be ignored as it was against stronger opponents in the Copa America, where they played as a guest team. The team registered one win, three losses and a draw. The victory was against Afghanistan 6-0. The defeats were against Argentina 0-2, Colombia 1-0 and Brazil 2-0. The draw was against Paraguay 2-2.

The Blue Tigers will need to win their upcoming fixture against Qatar, otherwise their World Cup qualification will be in jeopardy. Against Oman, a leaky defence caused the defeat. Igor Stimac needs to find his perfect defensive combination, with goalkeeper Gurpreet Singh Sandhu coming to India’s rescue on numerous occasions in their previous fixtures. 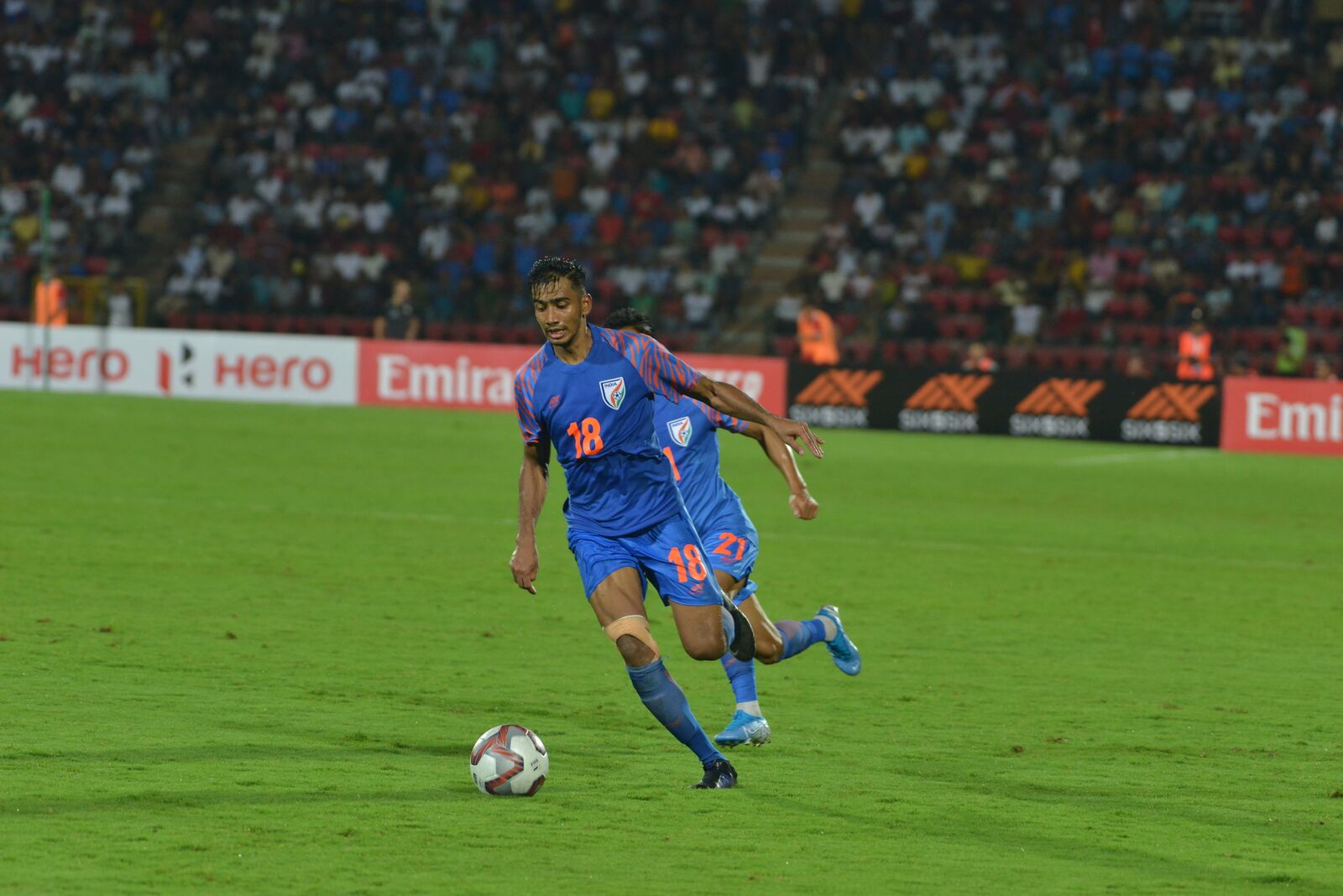 Against Ashique Kuruniyan was at his best with his dribbling skills and linked well with Sunil Chhetri. Image Courtesy: AIFF

Rahul Bheke’s arrival into the national team setup hasn’t been good, with Pritam Kotal or Nishu Kumar likely to start in the next match. Subhasish Bose seems to be way too unsure about his preferred position, with the natural left-back playing more as a centre-back in recent matches. Sandesh Jhingan and Adil Khan’s lack of pace has hurt India in crucial moments against Oman, particularly during Rabia Al Mandhar’s shocking equaliser. The slow positioning of the duo raises the question as to why has 21-year-old I-League winning defender Gaurav Bora not received a senior team call-up yet. The Assam native’s positioning and athletic composure could have been a huge asset to Stimac’s style of play.

Against Oman, the Indian attack was a reflection of the two halves. In the first half, they were excellent and completely spellbinding. Ashique Kuruniyan’s dribbling was exquisite, Sunil Chhetri’s linking with midfield was amazing and Anirudh Thapa’s vision was extremely creative. But then in the second half, they endured a contrasting display, with opposition players nullifying them, thereby snatching away crucial points.

Also, Sunil Chhetri could miss the Qatar clash due to fever and exhaustion.

In the past five fixtures, India have lost three matches, drawn one, and won one. The losses came against Oman 1-2, North Korea 2-5 and Tajikistan 2-4. The draw was against Syria 1-1. The win was against Thailand 0-1.

In their last five matches, India have conceded 12 goals and scored seven goals.

Players To Watch Out For

Anirudh Thapa was sublime against Oman in the first half, putting in a virtuoso performance. But in the second half, he put in a contrasting display. The central midfielder is arguably the most creative player in Stimac’s roster, with Samad not upto the required level yet. In the previous fixture, it was Thapa who set up Chhetri’s goal via a well-worked free-kick. He also strung some beautiful passes. Stimac will need to partner him a physical defensive midfielder, thereby reducing his duties. 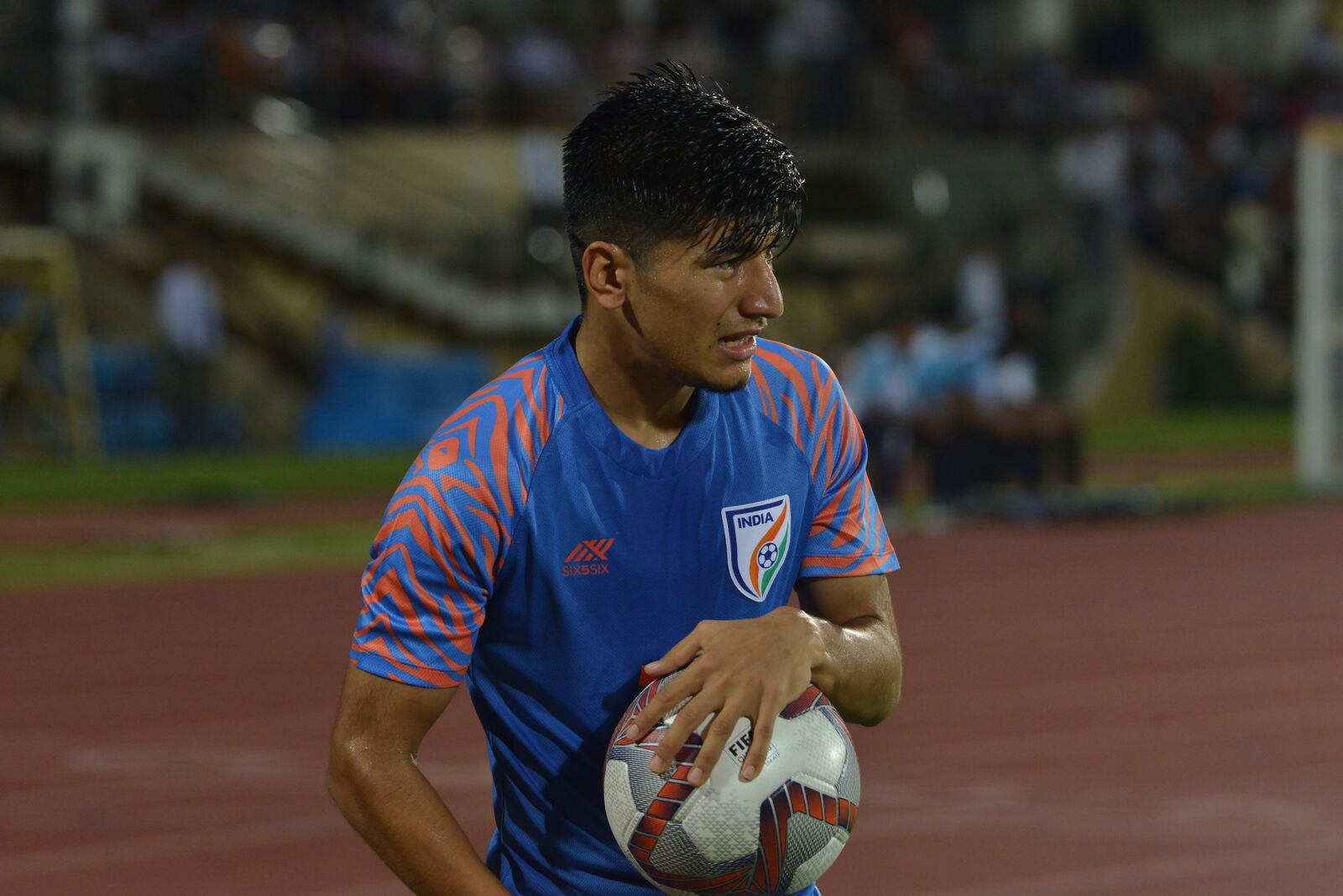 The Chennaiyin man can put in talismanic performances, when at his best and will surely be India’s main trump card other than Chhetri.

Qatar’s biggest weapon, Almoez Ali hit the limelight during the 2019 AFC Asian Cup, where he marauded past opposition defenders and scored nine goals. He won the Golden Boot in the tournament and also led his national team to the title. 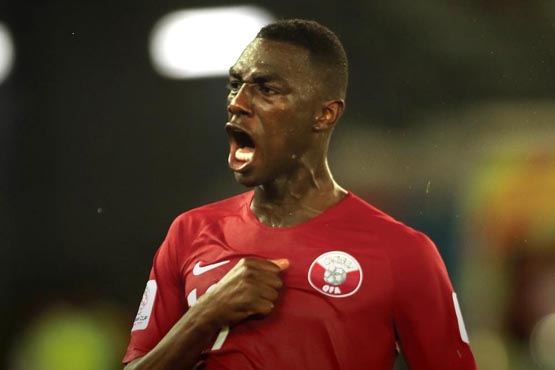 Almoez Ali has been on fire in Qatar's recent outings. Image Courtesy: Twitter

The 23-year-old was lethal Vs Afghanistan and scored a hattrick. The youngster can do it all, be it tap ins, accurate finishes, headers or solo goals. Come September 10, he could destroy the likes of Jhingan and his defensive colleagues. The Blue Tigers will need to be cautious about him.

Expect Qatar to have much of the ball, and to dominate in terms of shots and every other noteworthy aspect. India will need to defend deep, and depend on counters and few crucial chances. Chhetri will need to be patient, as he will need to track back too and chances could be hard to come by. The visitors’ backline could be torn apart by Ali and his teammates or it could be a historic night for Stimac’s side. According to our prediction, Qatar will defeat India 3-1.