The 2019 Cricket World Cup match between Pakistan and Sri Lanka was abandoned due to persistent rain in Bristol. Catch highlights of Pakistan Vs Sri Lanka here 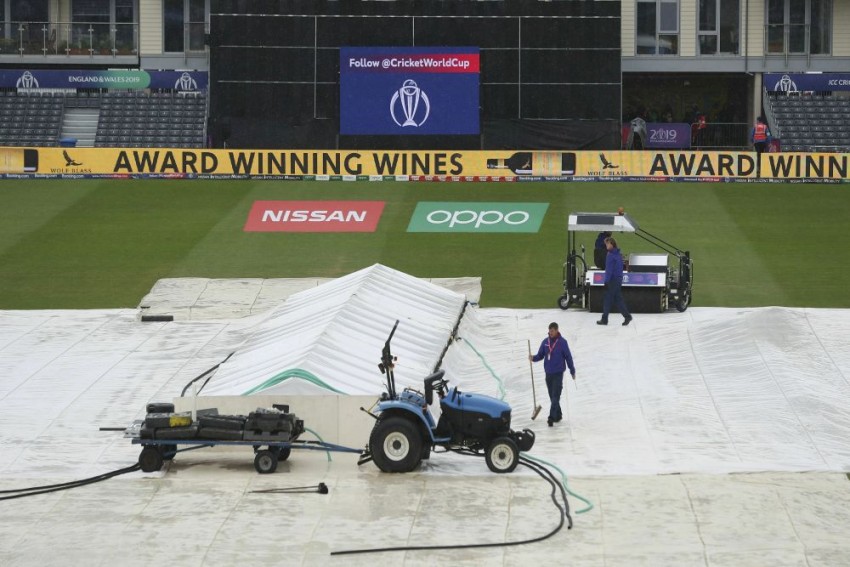 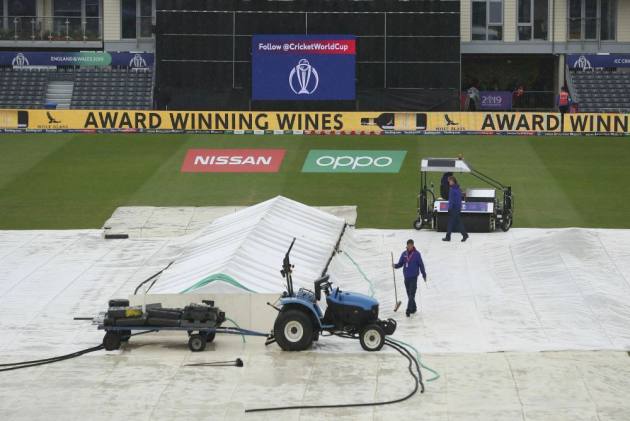 20:15 hrs IST: The match has been called off. Both teams get one point each.

19:44 hrs IST: The umpires are walking out for an inspection.

19:15 hrs IST: The inspection is done. The umpires have headed back in. We'll have to wait for an update.

19:04 hrs IST: The umpires are out inspecting the field. We should have an update soon.

18:33 hrs IST: Good news. It has stopped raining, for now. Still touch and go from here.

16:37 hrs IST: Ross Taylor insists New Zealand are ready for a trial by spin against Afghanistan on Saturday as they look to keep their winning momentum going in the 2019 World Cup. Read full story here

15:26 hrs IST: Still raining at Bristol. Meanwhile, England will face the side who kick-started their transformation into a major threat in one-day internationals when the tournament hosts continue their 2019 Cricket World Cup campaign against Bangladesh in Cardiff on Saturday.

14:25 hrs IST: Toss has been delayed due to rain. Looks like we'll not have a full 100-over match. Stay tuned for live updates!

Pakistan batting coach Grant Flower: "You have always got to be respectful and [Sri Lanka] have got good bowlers. I have just come out of a batting meeting to see their skills - and it should be a good game."

Sri Lanka captain Dimuth Karunaratne: "We just needed a win. It always gives us the confidence if you get a win, against any team, with any team, that is what we want. Finally, we got that."

13:44 hrs IST: Pakistan will be tempted to bring in fast bowler Mohammad Hasnain for his raw pace, something that New Zealand exploited against Sri Lanka during their 10-wicket rout of their opponents in Cardiff last week.

13:40 hrs IST: BIG NUMBER - Pakistan have won all seven of their World Cup matches against Sri Lanka dating back to the first tournament in 1975.

13:30 hrs IST: Hello and welcome to Outlook's live coverage of the 2019 Cricket World Cup match between Pakistan and Sri Lanka.

Pacemen Wahab Riaz and Mohammad Amir, and leg-spinner Shadab Khan, took the wickets to restrict England to 334/9 in their 50 overs.

Sri Lanka, on the other hand, beat Afghanistan by 34 runs in a rain-shortened match to breathe life into their campaign.

It will be another test for Lankan top-order batsmen as Pakistan have a pace attack that is experienced and lethal. Riaz, Amir and Shahdab were impressive against England.

It's high time former skipper Angelo Mathews did something noteworthy for the Lankan side, still not playing to its potential. Mathews has lasted all of 11 balls in two matches in this Cricket World Cup so far.