Designated I-League champions, Mohun Bagan will formally merge with Indian Super League (ISL) winners ATK and will compete in the top-tier of Indian football from the 2020-21 season as ATK-Mohun Bagan 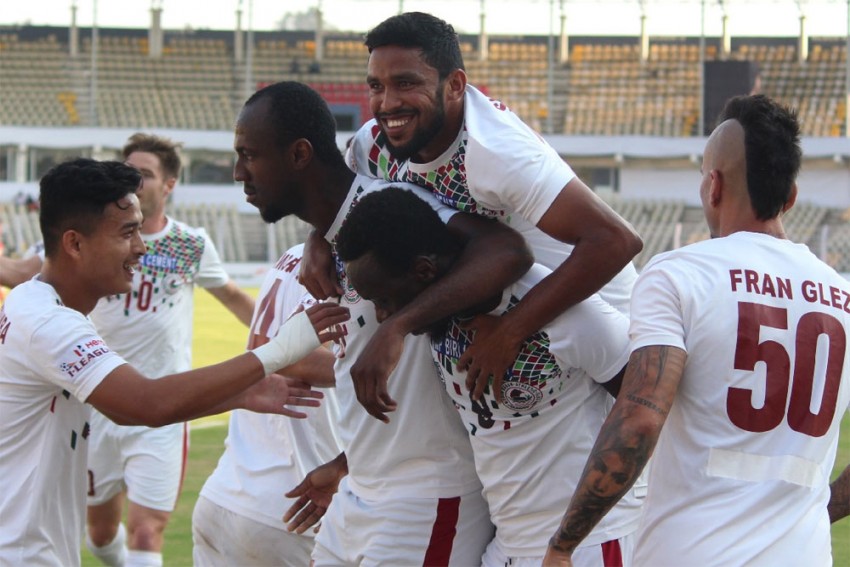 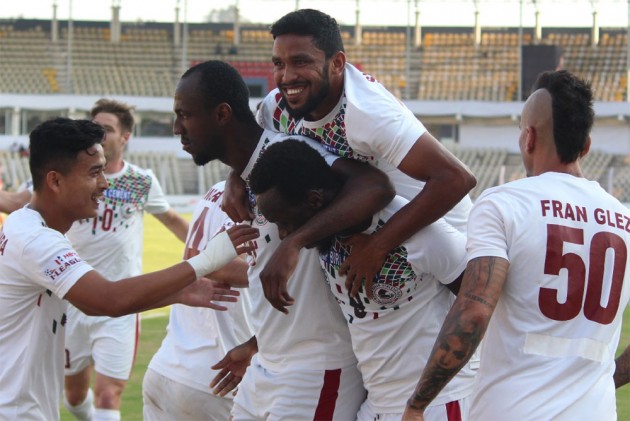 Mohun Bagan backed the decision to cancel the remaining 28 matches of the I-League due to the coronavirus-forced lockdown. And it means that the Kolkata giants will be officially declared as the champions.

"The League Committee confirmed today what we won deservedly in the football grounds. We won the league on 10th March March when we beat Aizawl 1-0," Bagan coach Kibu Vicuna told ToI.

Bagan had already taken an unassailable 16-point lead over second-placed and local rivals East Bengal after the end of 16th round. But the league still has four rounds left to be played.

"The League Committee confirmed today what we won deservedly in the football grounds. We won the league on 10th March March when we beat Aizawl 1-0," Bagan coach Kibu Vicuna told TOI.

In their 'final' I-League match, Bagan rode on Senegalese striker Papa Babacar 'Baba' Diawara's 80th-minute strike to beat former champions Aizawl FC and clinch their second after their victory in the 2014–15 season.

"Firstly, it is good news. I am very happy for the team and the club. We worked very hard to win the league. That goal (vs Aizawl) belongs to the whole team…(Joseba) Beitia did a good job to give me the ball, I just finished it," Papa said.

Bagan will formally merge with Indian Super League (ISL) champions ATK and will compete in the top-tier of Indian football from the 2020-21 season as ATK-Mohun Bagan.

Spanish mid-fielder Beitia, who played a pivotal role during the title-winning campaign, said that they "had become champions in March by claiming enough points.

"We have got points that no team could have overtaken," he said.

"We had won the championship one month ago. I am happy to see that the league committee did not listen to the people who were trying to improve their season out of the pitch," said Gonzalez.

Winners are settled, but there was a three-way race among East Bengal, Punjab FC (both on 23 points from 16 matches) and Real Kashmir (22 points from 15 matches) for the runners-up slot before the I-League was suspended.

"Mohun Bagan with 39 points from 16 matches enjoy a point difference which is insurmountable by any other team even if all other matches had been played and concluded as a normal course of action," the I-League Committee said.

"With regards to the remaining clubs, and noting the concerns expressed by many of them in writing, the League Committee recommended the remaining prize money (apart from the champion's prize money) be equally divided among the remaining 10 participating clubs."

In a huge relief for the likes of Aizawl FC and NEROCA FC, the committee also recommended that there be no relegation from the I-League 2019-20 season.

At the time of suspension of the league, Indian Arrows were at the bottom of the 11-team heap, while Neroca (19 points from 17 matches) and Aizawl FC (16 points from 15 matches) were at ninth and 10th, respectively.

Indian Arrows, the developmental side of the AIFF, will not be relegated in any case.