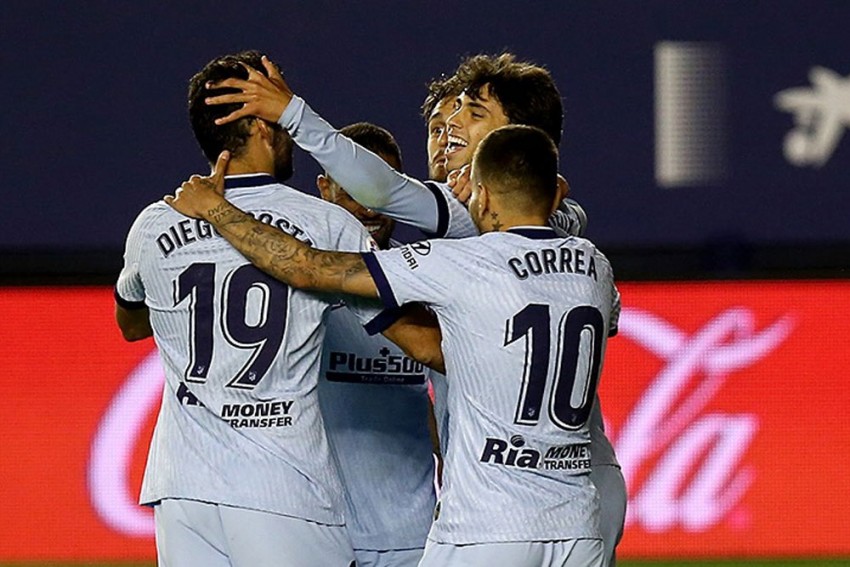 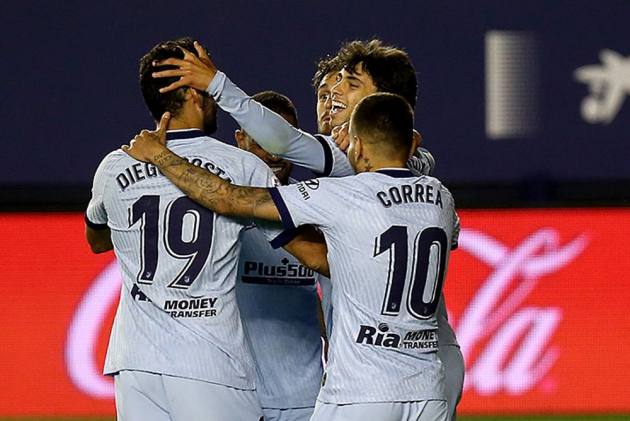 Joao Felix struck twice as Atletico Madrid ended a three-match winless streak in La Liga in style with a 5-0 hammering of Osasuna on Wednesday.

Diego Simeone's side had slipped to sixth prior to their trip to El Sadar Stadium, but Joao Felix's double set the stage for them to move into the top four.

Having broken the deadlock in the 27th minute, Joao Felix was on hand to tuck in his and Atleti's second shortly after the hour, with Adrian Lopez spurning a glorious chance to get Osasuna back into the game.

But any lingering doubt over the result was eradicated when Marcos Llorente drilled home with 11 minutes remaining.

Llorente then teed up Alvaro Morata to add a coolly taken fourth, before Yannick Carrasco completed the rout.

It was a quiet night for Jan Oblak as he set the record for the fewest games played to rack up 100 clean sheets in the Spanish top flight, the century reached in his 182nd appearance.

Diego Costa was Atleti's greatest threat in the opening stages, but it was strike partner Joao Felix who opened the scoring with a blistering first-time finish high into the net.

Angel Correa failed to take advantage of fine work from Joao Felix shortly before half-time, but Atleti's record signing made no such mistake 11 minutes after the restart, calmly slotting into a gaping net after latching onto Costa's square ball.

Adrian should have made an instant impact a minute after his introduction from Osasuna's bench, yet the former Atleti striker failed to keep his composure from close range.

Atleti soon had the win wrapped up, Llorente firing in a low finish before setting up Morata three minutes later, with the striker's goal awarded by VAR after initially being disallowed for offside.

Llorente claimed a second assist two minutes from time, providing Carrasco with a simple finish to add further gloss to a resounding triumph.

What does it mean? Atleti lay down a marker in Champions League race

Their strength in depth was displayed in full force on Wednesday, and should they pick up momentum, Simeone's side have more than enough quality to ensure their place at Europe's top table for next season.

Joao Felix back with a bang

After missing the draw with Athletic Bilbao, Joao Felix – who had suffered an injury on Atleti's return to training – made sure to leave his mark on Wednesday, with his two strikes richly deserved for a display full of craft and ingenuity.

Special mention must also go to Llorente, who made a sensational cameo from the bench.

Having come on as a substitute just after the hour, Adrian had the perfect opportunity to strike against his former club, only to prod wide from point-blank range.

The fixtures are coming thick and fast, with just a three-day turnaround for Atleti, who host Real Valladolid on Saturday. Mid-table Osasuna face Valencia on Sunday.