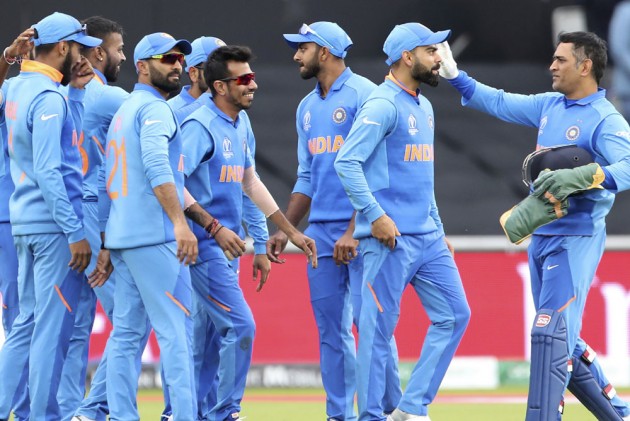 West Indies’ chances of making the semi-finals are now over – and that really has to be called a disappointment. Particularly considering what a good start they made to their campaign.

They won well against Pakistan and then when they had Australia at 79-5 in their second game – I really thought they might be able to do something special this year. But in the end that Pakistan game has been their only victory and they only have themselves to blame.

Too many times the batsmen have got themselves out when all it needed was a bit more application. They have lacked the experience needed to bat their opponents out of a game. The odd batsman has received one with their name on, but really very few balls have really deviated and caught somebody unawares.

West Indies have some terrific young players in this side, guys like Nicholas Pooran, Shai Hope and Shimron Hetmyer have shown in flashes that they are a match for anyone in the world. But no-one has really made a big score.

The fielding was good throughout the tournament, and when they bowled with a consistent line they looked fantastic. Unfortunately, they couldn’t match a fine effort with the ball against India when they went out to bat.

INDIA, THE TEAM TO BEAT

I have been impressed by India though – I think the winner of the whole thing is going to be one of them or Australia. India look a very well-balanced side. The bowling attack has impressed me most of all. Jasprit Bumrah is a fantastic discovery but behind him guys like Mohammed Shami and the wrist spinners have been really impressive.

What I like about their attack, as opposed to many in this tournament, is that they bowl to take wickets. They want to get men out, they are always on the attack rather than being defensive and trying to get through their ten overs.

India are not unbeatable (England beat India on Sunday). Make early inroads into their batting line-up – where they only have five specialist batsmen – and you have a chance.

Of course, a lot of that depends on getting rid of Virat Kohli – the best batsman in the tournament.

David Warner is batting well as is Aaron Finch while Shakib Al Hasan is a terrific cricketer. But Kohli is the best in the business and it is he who holds the key for India.