As Tottenham's players were put through their paces while at home on Wednesday, Jose Mourinho decided to work up a sweat 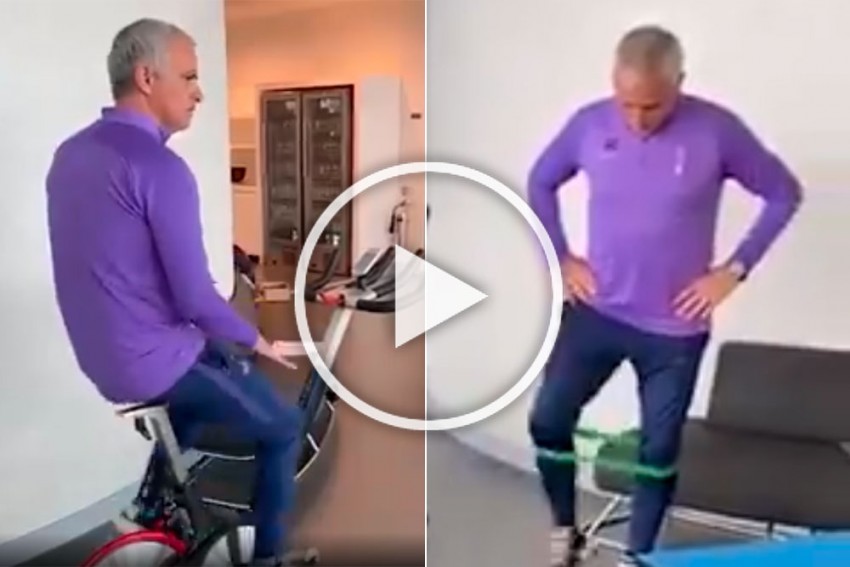 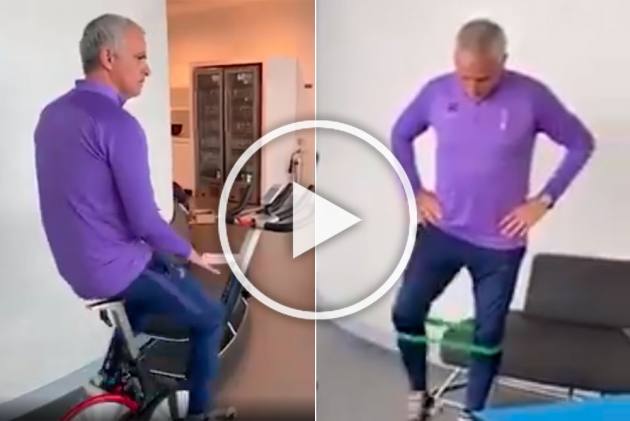 Jose Mourinho joined in with the Tottenham squad during a virtual training session on Wednesday as the players aim to stay fit during the coronavirus lockdown.

Spurs published a video on Twitter that showed their Portuguese coach working on a stationary bike and also using a resistance band for stretching exercises.

Mourinho was able to keep a close eye on his players - who were working out from home due to COVID-19 - thanks to a giant screen in front of him.

It is still unclear when they will be back at Hotspur Way training ground in Enfield, with the United Kingdom currently under isolation restrictions to stop the spread of the virus.

Tottenham have not played since a 3-0 defeat away to RB Leipzig on March 10 that ended their involvement in this season's Champions League.

With the campaign on hold, the Premier League club announced on Tuesday that they have cut the pay of 550 non-playing staff for April and May by 20 per cent because of the global pandemic.

They became the second top-flight side in England, following on from Newcastle United, to make use of the government's furlough scheme, which allows employees to claim 80 per cent of their wages up to a maximum of £2,500 per month.

In a statement to confirm the move, chairman Daniel Levy said he hoped players would soon follow suit.