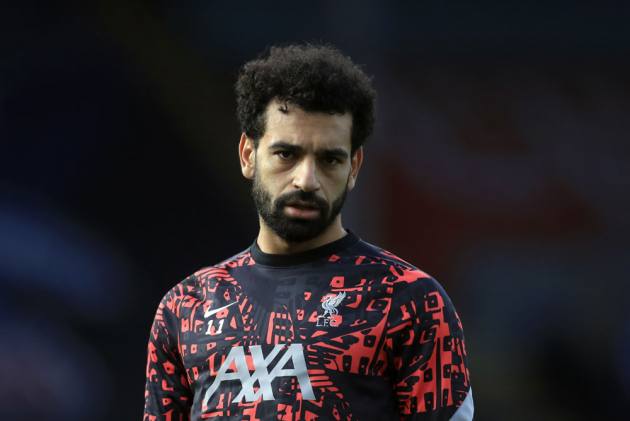 Liverpool star Mohamed Salah refused to rule out an Anfield exit as he hinted at a move to LaLiga amid links to Real Madrid and Barcelona. (More Football News)

Salah is contracted to Premier League champions Liverpool until 2023, but his future has become a talking point having previously refused to dismiss the prospect of joining Madrid or Barca in an interview with Diario AS in December.

The Egypt international has been a revelation since leaving Serie A outfit Roma for Liverpool in 2017, spearheading the Reds to Champions League and Premier League glory.

As Liverpool prepare to face Madrid in the Champions League quarter-finals, with the opening leg on April 6, Salah was asked about his future.

Here's a look at the action from this afternoon

"It's not up to me," Salah – who has scored a joint-high 17 Premier League goals this season – told Marca when asked if it is time to leave Liverpool.

"We'll see what happens but I prefer not to talk about that now."

When pressed on whether a move to Spain appeals, having already experienced England and Italy, Salah added: "I hope to be able to play for many more years. Why not?

"No one knows what's going to happen in the future, so... maybe one day, yes."

Salah's relationship with Liverpool manager Jurgen Klopp has made headlines amid reported tension between the pair.

Liverpool forward Salah was visibly frustrated when he was substituted by Klopp in the Premier League defeat to Chelsea earlier this month, with the German boss forced to play down the issue.

"It's a normal relationship between two professionals," Salah replied after being asked about his relationship with Klopp. "That's how I'd describe it."

The upcoming blockbuster Champions League tie will be a reunion between Liverpool's Salah and Madrid captain Sergio Ramos.

Salah was injured and forced to be substituted with a shoulder injury in the 2018 Champions League final after being hauled down by Ramos as Madrid went on to beat Liverpool 3-1.

Ramos was criticised for the incident, which impacted Salah's participation at the 2018 World Cup in Russia.

"That game is in the past, so I don't think about it," Salah said. "I'm thinking about the team. Everyone is focused on their team and everyone wants to win... that's it."