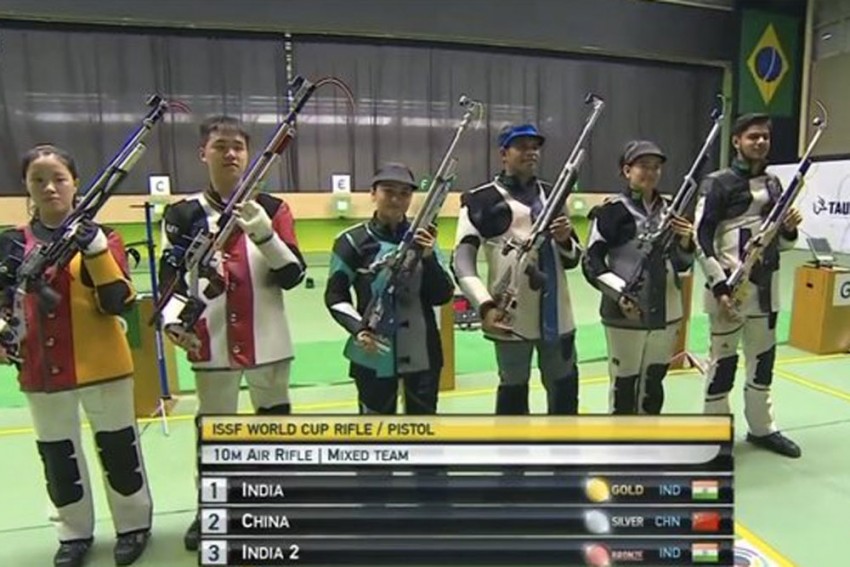 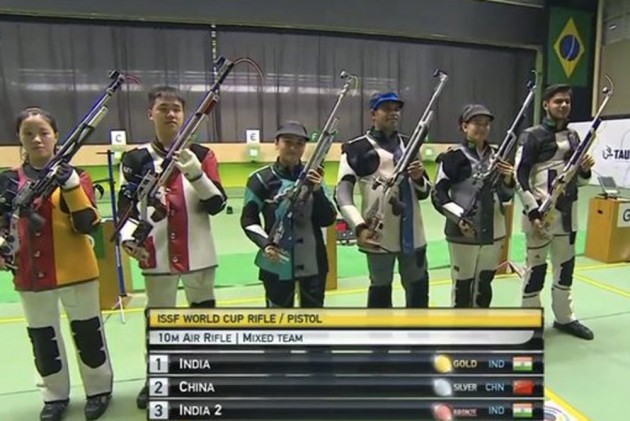 The result ensured an unprecedented top finish for the country across all four ISSF World Cup stages this year including the lone ISSF junior world cup.

Anjum Moudgil and Divyansh Singh Panwar representing India 2, who won the previous two World Cup editions of the same event, provided the icing on the cake with a bronze, as India continued to reach never before seen heights in Rifle and Pistol shooting.

Apurvi and Deepak blew away the Chinese pair of Yang Qian and Yu Haonan 16-6 in a one-sided final. India won eight of the 11 single-shot duels between the teams, where the combined score of one pair is compared to that of the other and the higher total awarded two points.

The first to 16 points wins and this is the format which will be used in the Tokyo 2020 Olympics.

After comfortably getting through round one of qualification, the pair of Apurvi and Deepak topped the board after 20 individual shots in round two, featuring the top eight teams from the previous round.

Their total of 419.1 enabled them to get straight into the gold medal match where they found themselves against the Chinese pair who had come in second with 418.7.

Anjum and Divyansh shot 418.0 to lie fourth and qualified for the bronze medal match against the Hungarian pair of Eszter Meszaros and Peter Sidi, who shot 418.6 to finish third.

Anjum and Divyansh also won their bronze-medal match against the Hungarians with relative ease, chalking out a 16-10 result.

India now has a total of four gold, one silver and two bronze for a total of seven medals in the Rio World Cup with just the 10M Mixed Team Air Pistol event left.