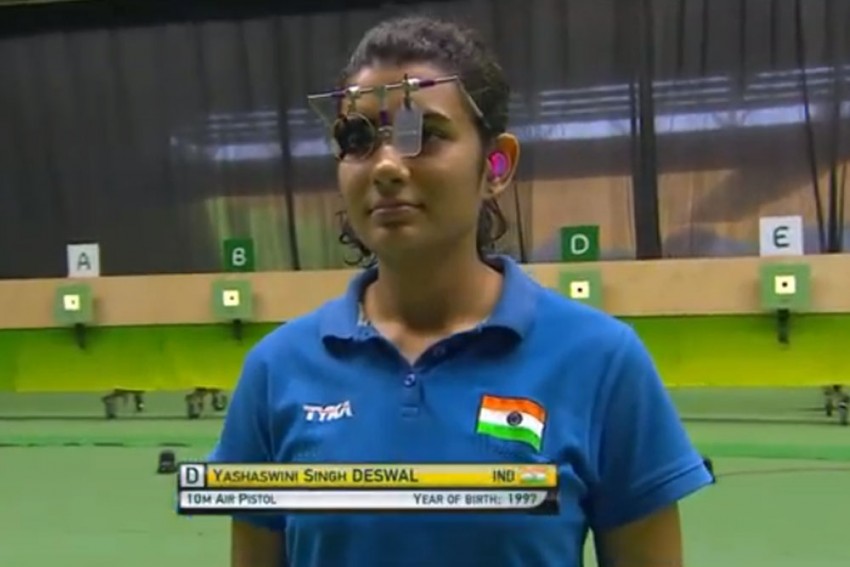 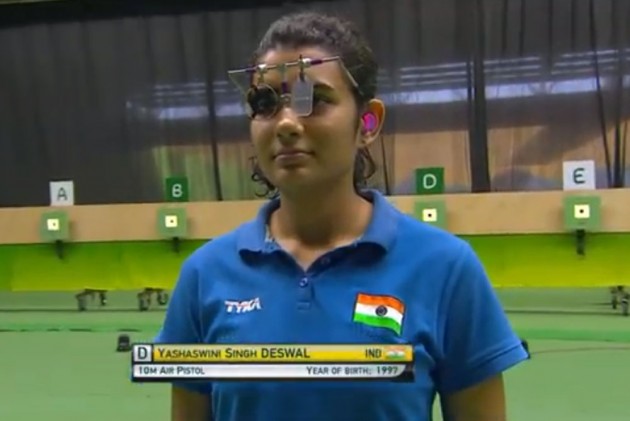 The 22-year-old former junior world champion recorded 236.7 in the eight-women final of the season's fourth World Cup for pistol and rifle shooters.

Ukraine's world number one Kostevych, also a former Olympic and world champion, claimed the silver with 234.8, while Serbia's Jasmina Milavonovic bagged the bronze with 215.7.

Such was the dominance of Yashaswini that she ended the final a massive 1.9 points ahead of the event's next best performer, Kostevych.

Yashaswini, a student of Economics, had also topped the qualifications by a mile, aggregating a score of 582.

A 10.6 pushed her to number two and a 10.1 to the top, eventually ending the stage as number one.

She started the elimination rounds with a bumper 10.4, which was followed by 10.0.

The standing was not disturbed despite a 9 as her lead was pretty big by that time.

She briefly slipped to second with a 9.1, but a humongous 10.8, soon after, firmly established Yashaswini's place at the top.

After confirming the quota, Yashaswini shot a perfect 10.9, extending her dominance and securing the top prize with an effortless performance.

Her two final shots were in the 9s, but importantly, both were higher than those of the Ukranian champion.

This is also India's third gold in Rio, after Abhishek Verma and Elavenil Valarivan won the yellow metal in the men's 10m Air Pistol and women's 10m Air Rifle respectively.

Earlier in the day, Kajal Saini of India delivered a hugely improved performance in the women's 50m Rifle 3 Positions (3P) by finishing 22nd with a qualifying round score of 1167.

Former world champion in prone, Tejaswini Sawant finished 47th with a score of 1156.

In the men's 25m Rapid Fire Pistol, Adarsh Singh and Anish Bhanwala shot 291 out of 300 in the first precision round to be in 13th and 14th spots respectively.

The trio will come back for the final Rapid Fire round on Sunday to try and make it among the top six finalists.

The Indians also continued to do well in the non-competition Minimum Qualification Score (MQS) section. Manu Bhaker and Esha Singh finished 1-2 in the women's 10m Air Pistol, shooting scores of 580 and 577 respectively.