India Vs Australia: Our Body Language Was Disappointing, Virat Kohli Laments After Loss

India made a dismal start to their tour of Australia, losing the first ODI by 66 runs here, chasing a mammoth 375-run target 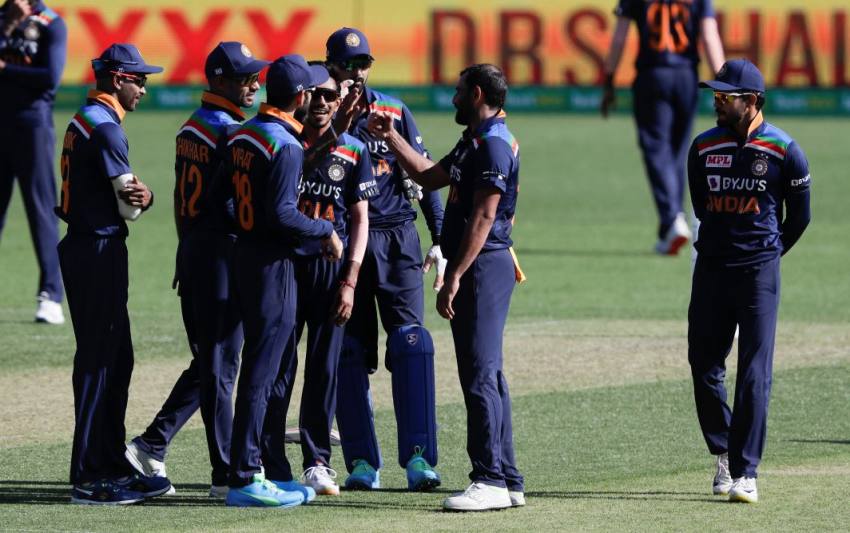 With Hardik Pandya not yet to fit to bowl, skipper Virat Kohli said it is affecting the balance of the Indian team.
AP
PTI 2020-11-27T19:49:07+05:30 India Vs Australia: Our Body Language Was Disappointing, Virat Kohli Laments After Loss 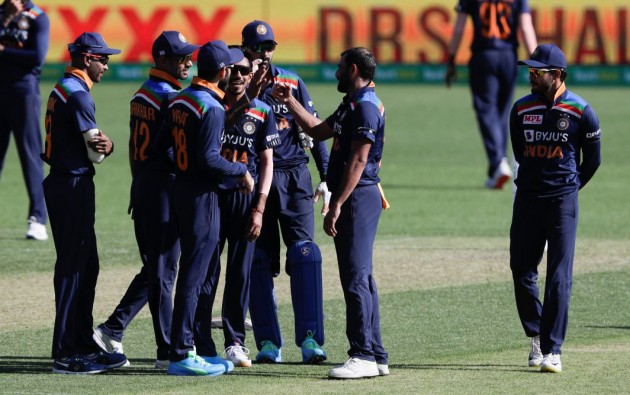 India skipper Virat Kohli on Friday questioned his team's body language after the opening ODI loss to Australia and said Hardik Pandya not being fit to bowl is affecting the side's balance as he doesn't have enough all-rounders at his disposal. Highlights | Scorecard | News

India made a dismal start to their tour of Australia, losing the first ODI by 66 runs here, chasing a mammoth 375-run target after Aaron Finch and Steve Smith smashed hundreds for the hosts.

"Everyone needs to show the intent in the entire 50 overs. Probably, we played 50 overs after a long time that could have an affect...but having said that we have played so much ODI cricket that it is not something we don't know how to do," Kohli said in the post-match presentation.

"I think the body language in the field wasn't great after around 25 overs. It was a disappointing part. If you don't take your chances against a top-quality opposition they'll hurt you and that is what happened today."

With Hardik Pandya not yet to fit to bowl, Kohli said it is affecting the balance of the team.

"We have to find out a way to get few overs from part-timers. unfortunately, someone like Hardik is not ready to bowl yet, we have to accept that, we don't really have all-round options as such right now," he said.

"That is an area to be looked at, it is a big part in any team's balance, someone like Marcus (Stoinis), (Glenn) Maxwell bowling a few overs for Australia helped."

Kohli said his bowlers couldn't pick wickets regularly and it allowed the Australians to post a big total in the end.

"The key to winning games is picking up wickets, that is something we were not able to do, also lapses in the field were also a reason why we couldn't capitalise on any kind of momentum, the pressure that we created in early part of the innings."

Asked if being in quarantine after arriving in Australia from the UAE affected the performance of the team, Kohli said it cannot be cited as a reason.

"(We) got enough time to prepare. Don't think there can be any excuses."

Talking about the batting unit, Kohli said: "I think we gave ourselves the best chance.

"Hardik's innings was the best example of that. As a batting unit we committed nicely to positive cricket and we are going to do that in the future as well.

Winning captain Aaron Finch said he took his time early in the innings.

"Found it reasonably hard to get my timing. Took a couple of chances, got lucky," he said.

Finch heaped praise on his teammates for their performance despite not being able to train much as a unit.

"We've barely been together as a team. Each guy has different strengths and weaknesses. You embrace that. Davey (David Warner), he's moving beautifully. His rhythm looked outstanding. Smudge (Smith) was different class altogether," he said.

"Maxi (Glenn Maxwell), the rare ability he's got to just click his fingers and put pressure on the opposition."

Steve Smith, who was adjudged the Player of the match, said the superb innings by Finch (114) and Warner (69) gave him the license to thrill as he smashed a 66-ball 105 to take Australia to 374 for 6.

"Have been searching for something for a couple of months now. About three days ago something just clicked. My rhythm came back, everything came back," he said.

"Finchy and Davey played very well early on. We could come in and be aggressive. Wasn't thinking too much out there, just seeing the ball and hitting it. Was seeing the ball well. It was a good surface.

"Nice to contribute to a good win. Need a bit of luck in this game sometimes, nice to ride it today (getting his LBW overturned)," he said referring to the LBW decision which was overturned.