Ravichandra Ashwin, who picked up seven wickets in the first innings of the first Test against South Africa, needed a wicket to equal Sri Lankan great Muttiah Muralitharan's world record of being the fastest to 350 wickets. And the Indian spinner wasted no time in reaching the landmark 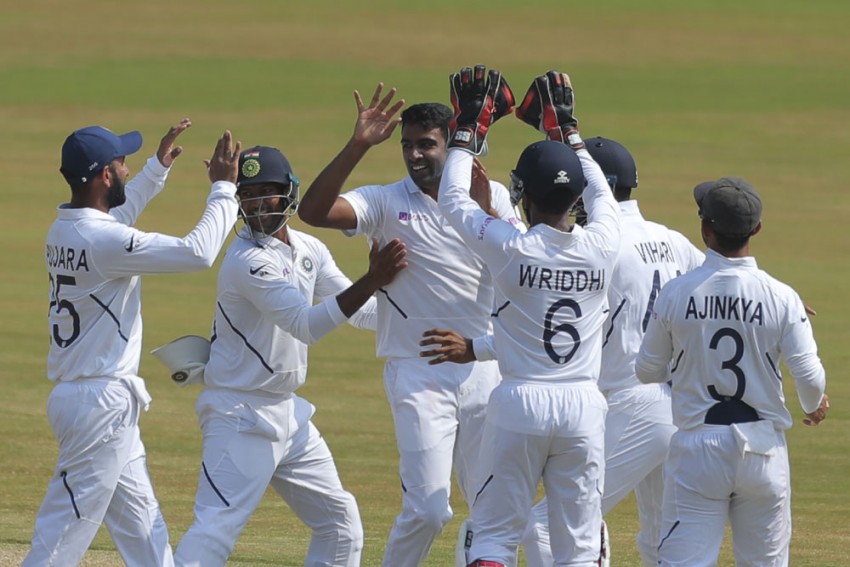 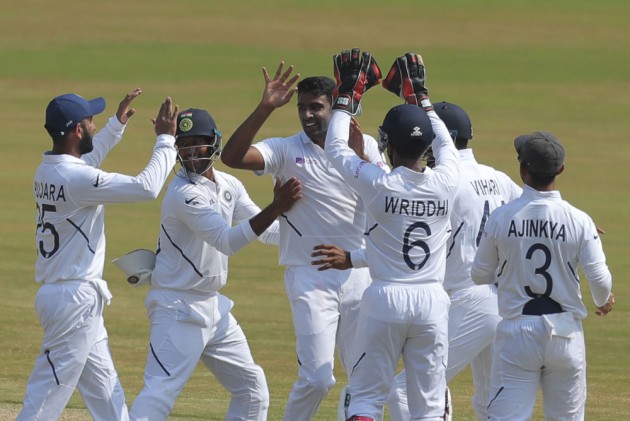 Ravichandran Ashwin, who missed five Tests for India, became the joint-fastest to take 350 wickets in the traditional format of the game when he dismissed Theunis de Bruyn on the fifth and final day of the series against South Africa in Visakhapatnam Sunday.

Ashwin, who picked up seven wickets in the first innings of the first Test against South Africa at the ACA-VDCA Stadium, needed a wicket to equal Sri Lankan great Muttiah Muralitharan's world record of being the fastest to 350 wickets.

Wicket No. 350 of Ravichandran Ashwin https://t.co/SaPjk8oRCX

The 33-year-old wasted no time and dismissed de Bruyn with a beauty in the 11th over. He has taken 66 Tests to reach 350 wickets, thus sharing the record with Muralitharan, who holds the record for being the leading wicket-taker with 800 scalps to his name, had also reached the 350-wicket milestone in his 66th Test match against Bangladesh in 2001.

And soon fans took to social media sites to express their gratitude to the player, with many hailing him as one of the greatest. Here are some reactions:

Ashwin should be declared the Indian GOAT of this decade.

He has dismissed Theunis de Bruyn to become the joint-fastest to the milestone alongside Muttiah Muralitharan – in just 66 matches!

Bcci you should learn why you drop Ashwin
He is the key player
More chance give him in
11 congratulations#Ashwin pic.twitter.com/vvF6MFOV8m

Fastest to 350 Test wicketsðÂÂÂÂÂÂÂÂ®ðÂÂÂÂÂÂÂÂ³ RAVICHANDRAN ASHWIN. OUR #SpinningStalwart @ashwinravi99 Anna ðÂÂÂÂÂÂÂÂ¥. Remember the name. Many have forgotten his contribution in India becoming World No.1 in Test cricket. And he humbly keeps reminding all of them. #Ashwin #INDvsSA pic.twitter.com/ya6tfCPOKq

Ashwin made his Test debut in 2011 and since then has been an integral part of the Indian set-up, especially in red-ball cricket.

Besides being India's leading spinner, Ashwin has also scored important runs in a celebrated career. He has four Test hundreds.