Bhuvneshwar Kumar suffered "tightness in his left hamstring" which forced him to leave the field after bowling 2.4 overs against Pakistan during their ICC Cricket World Cup 2019 match 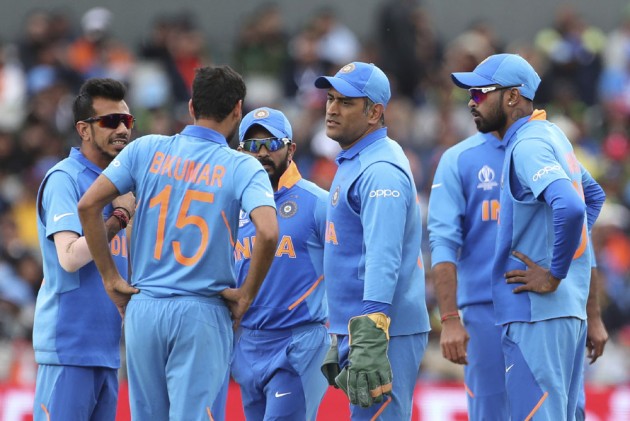 India suffered yet another injury scare after senior pacer Bhuvneshwar Kumar suffered a hamstring niggle while bowling against Pakistan in their ICC Cricket World Cup 2019 group game at Old Trafford, Manchester on Sunday.

According to BCCI media team, Bhuvneshwar suffered "tightness in his left hamstring" which forced him to leave the field after bowling 2.4 overs. He will take no further part in the game. His figures were 2.4-0-8-0.

The team's designated 12th man Ravindra Jadeja took the field for the remainder of the Pakistan run chase.

It is yet to be ascertained how serious Bhuvneshwar's injury is. If it turns out to be a tear, it will be another big jolt for India and he will be the second player after Shikhar Dhawan to sustain an injury during the tournament.

Dhawan has suffered a hairline fracture and is out for a minimum period of two weeks.

If Bhuvneshwar does not get fit in time for the Afghanistan game in Southampton on June 22, then Mohammed Shami will come in his place.

In the worst case scenario, if Bhuvneshwar is ruled out of the tournament, India's back-up pacer Khaleel Ahmed is traveling with the team.