Twice during the first half in Rome, Italy was denied penalty after the ball struck a Turkey defender on the arm 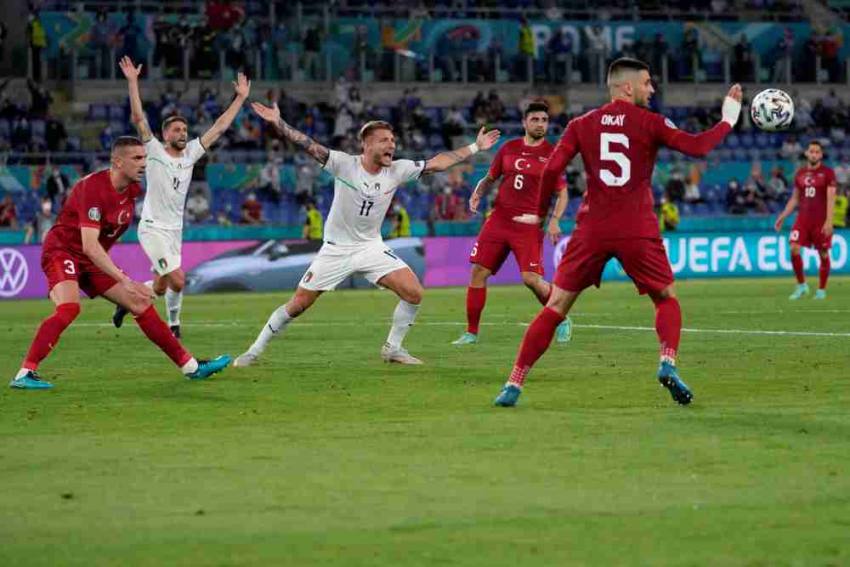 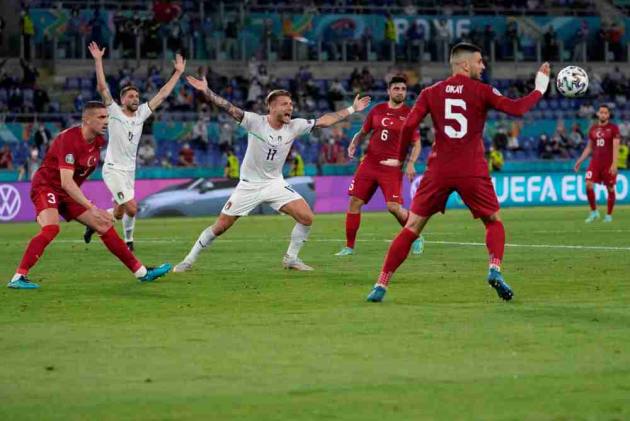 There's a new interpretation of the handball law in football and the first game at the European Championship set the tone that there should be fewer cheap penalties given.

Twice during the first half in Rome, Italy's players pleaded with UEFA's hand-picked referee for the prestige game, Danny Makkelie, to award a penalty when the ball struck a Turkey defender on the arm.

Fans in domestic leagues have become used to seeing such handballs rewarded with penalties in the era of review by video assistant referees (VARs).

But Makkelie waved away both appeals, and Italy's second-half flourish in a 3-0 win meant his decisions were not a key post-match talking point.

Still, UEFA opting to fast-track the clarification change in soccer's law that otherwise takes effect on July 1 already made an impact.

One key phrase stood out in the clarifications approved in March by soccer's law-making panel, known as IFAB, and briefed to all Euro 2020 players and coaches in the past month. The panel stated that “not every touch of a player's hand/arm with the ball is an offense.”

In a pre-tournament briefing, UEFA director of refereeing Roberto Rosetti said the handball law was applied too strictly in some European countries.

“The way the law is rewritten is more according to the spirit of football and to give to the players the freedom to play football,” Rosetti said on June 4.

The new guidance is that it's not a penalty if the defender's arm did not move toward the ball, and if the hand or arm did not make the defender's body shape “unnaturally bigger.” An accidental handball by a teammate in the buildup to a goal should also not be punished.

The judgment of Makkelie — and his team of VARs monitoring a bank of screens at UEFA headquarters in Nyon, Switzerland — reprieved Turkey both times on Friday.

The choice of Makkelie, who's from the Netherlands, seemed to be no accident for the marquee opening game.

UEFA has used Dutch match officials the most of any of its 55 member nations in VAR-equipped games since it started using video review in the 2018-19 season, Rossetti said in his briefing.

UEFA also can pick the best VARs in Europe, whereas domestic league officials drawn from a broader talent pool have been often criticized for inconsistent decisions.

“We really appointed the best VARs in Europe and I can say the world,” Rosetti said last week from Nyon.

It was only the first of 51 games at Euro 2020 on Friday, though it suggested the tournament will struggle to match the slew of penalties awarded at the World Cup three years ago. It had a record 29 spot kicks awarded in 64 games.