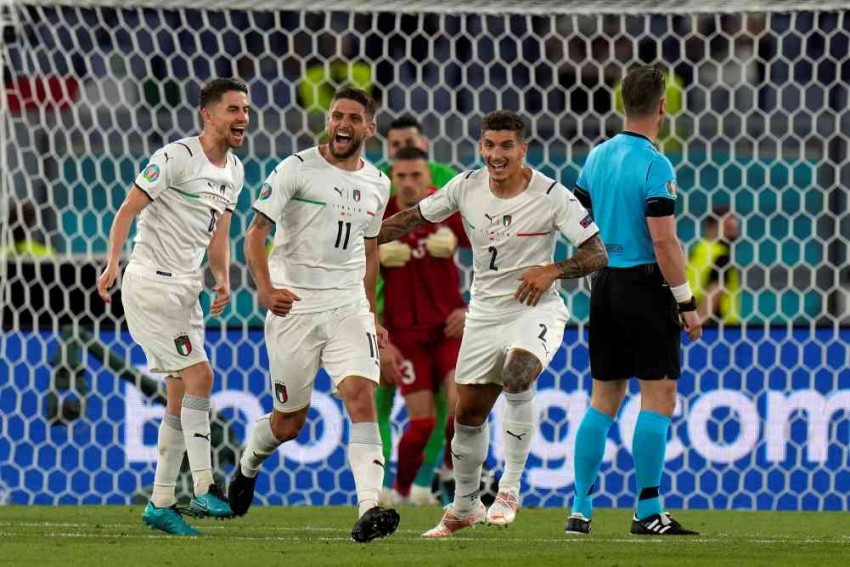 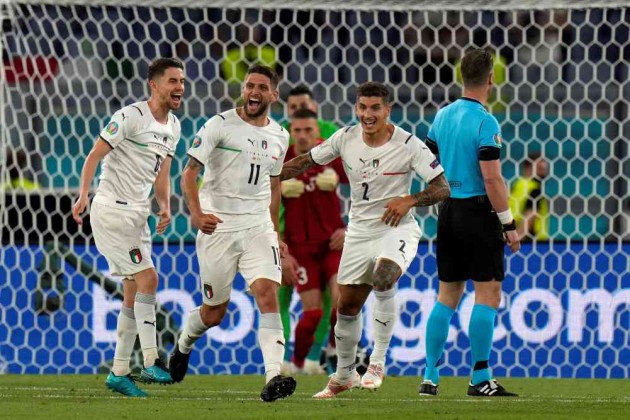 Italy waited a long time for this European Championship to start and then showed Friday just how eager the team was to play the tournament opener. (More football News)

After humiliatingly failing to qualify for the 2018 World Cup, Italy was already back on track with a perfect qualifying campaign of 10 wins in 10 matches. Now Roberto Mancini's team has begun its first major international tournament in five years with a convincing 3-0 win over Turkey.

“It was important to start well and it's satisfying for us, for the crowd and for all Italians,” Mancini said.

“It was a wonderful evening and I hope there will be many more."

Ciro Immobile and Lorenzo Insigne both scored after an own-goal from Turkey defender Merih Demiral had given Italy the lead — all in the second half.

Demiral redirected a cross from Domenico Berardi into his own net after attempting to intercept the pass. Immobile then poked in a rebound of a shot from Leonardo Spinazzola on another play that began with Berardi, and Insigne later curled one in after a failed clearance by Turkey goalkeeper Ugurcan Çakir.

Immobile thanked his “mamma” for giving him "the sense for being in the right place at the right time” for his goal, while Insigne said the team's togetherness was its greatest strength.

“The coach has created a great group in which there are no starters and bench players and each one of us is always ready to sacrifice for our teammates," Insigne said.

"Winning is the most important thing – if I score, even better. It was a great night.”

Italy dominated from the start but was denied in the first half by a superb save from Çakir and a decision by the referee not to award a penalty for an apparent handball.

The victory extended Italy's unbeaten run to 28 matches and boosted the Azzurri's status as a title contender.

“We played a great match and we didn't permit Turkey to play, and they are not a weak side,” Mancini said.

Italy, which won its only European title in 1968, had never before scored more than two goals at the European Championship, according to UEFA.

“Games are not won by chance," Mancini said.

"We've improved a lot but we can still improve more.”

The tournament, which is still being called Euro 2020, began a year late because of the pandemic.

The Stadio Olimpico was still only 25% full because of coronavirus measures and fans sat in small groups safely distanced from one another. Still, the crowd of about 16,000 was the largest gathering in Italy since the pandemic took hold.

“With people around us in the stands, it's a whole different style of soccer,” said veteran Italy defender Leonardo Bonucci.

“They help us keep our hearts in it throughout the match.”

Wales and Switzerland, the other teams in Group A, will play in Baku, Azerbaijan, on Saturday.

Italy appeared energized from the start and dominated possession while Turkey sat back and waited for rare counterattacks.

“It was not our day. We started to lose the ball and couldn't get forward,” Turkey coach Senol Günes said. “Italy were better. We lost to the better team.”

Midway through the first half, Çakir made an acrobatic save to deny Giorgio Chiellini. The Italy captain was left unmarked on a corner and directed a header toward the target before Çakir leaped up, extended his right arm high into the air and pushed the ball over the bar with his fingertips.

Italy protested vehemently for two handballs in the match but Dutch referee Danny Makkelie ruled to play on.

First, Immobile's shot appeared to be knocked down by a defender's arm. Then Turkey defender Zeki Çelik stuck out his hand and stopped a cross from Spinazzola.

Çelik himself appeared to feel guilty, quickly pulling his arm behind his body after making contact with the ball. There was a VAR check several moments later but the decision to play on was upheld.

“I haven't re-watched it yet so I really can't comment," Mancini said.

“We couldn't really see what happened from the bench.”

In the next set of group matches, Italy stays in Rome to play Switzerland while Turkey travels to Baku to play Wales.