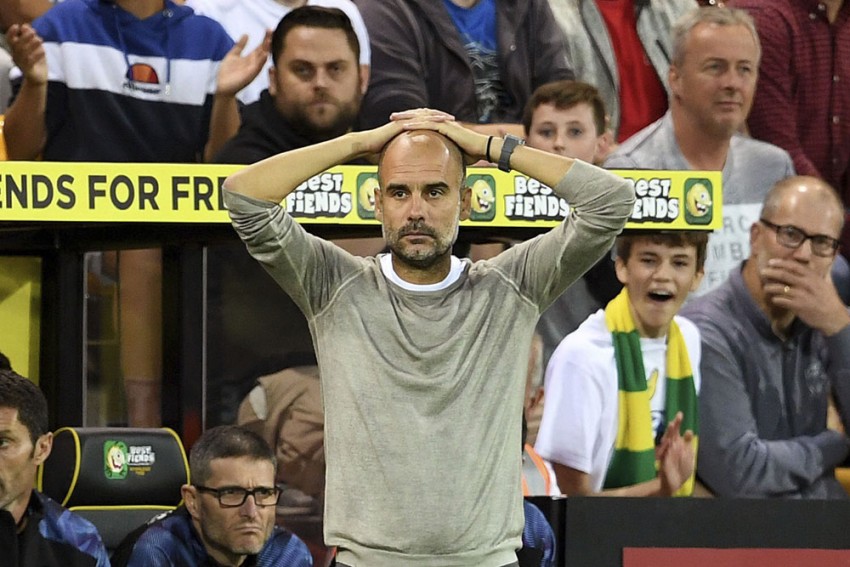 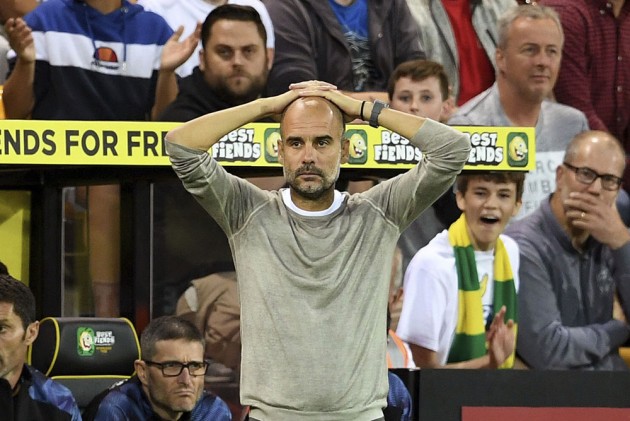 Pep Guardiola insists he does not need to bring in defensive reinforcements in the January transfer window despite Manchester City's surprise 3-2 loss at Norwich City. (More Football News)

Aymeric Laporte is expected to be out until the new year after undergoing surgery on a knee injury, with the Premier League champions losing at Carrow Road in his absence on Saturday.

Goals from Kenny McLean, Todd Cantwell and Teemu Pukki earned the injury-hit Canaries a famous win, while Sergio Aguero and Rodri were on target for City.

Before the game Guardiola indicated City would not enter the market to replace Laporte despite being left with only two senior centre-backs, John Stones and Nicolas Otamendi, after the departure of club captain Vincent Kompany.

Stones and Otamendi were both at fault in a dreadful defensive performance as City lost in the league for the first time since January, with McLean's headed opener coming from a corner.

8 - Eight of the last nine goals that Manchester City have conceded in the Premier League have come via set pieces, with four of those from corners. Vulnerable. pic.twitter.com/wZ4VZv538m

Asked if City have a problem defending near-post corners in particular, Guardiola said: "In four seasons, yes. Our quality of play is different but we defended incredibly well in the past."

Guardiola, who surprisingly left talisman Kevin De Bruyne on the bench, feels Stones and Otamendi can still form a reliable partnership in the wake of their error-strewn display, while Kyle Walker was involved in conceding a cheap second goal to Cantwell.

"It's football," he added. "We talk and improve from this, Kyle knows it and this happens sometimes, try to improve for the next time.

"They [Stones and Otamendi] play how many times together? A lot, they are the centre-backs we have. Maybe Fernandinho or Rodri can play there. I'm not worried, it's football. How many games John and Nico played in more than three games together? A lot.

"Normally I count their chances and I think they didn't create too much, three goals, I don't know from how many shots on target but I don't have that feeling they had many, many chances, but sometimes this happens."

A message from the GOAT #ncfc pic.twitter.com/2JleW6p5fC

An injury crisis left Norwich without 11 players and Daniel Farke could not even fill his bench of seven substitutes without including two goalkeepers.

"Of course it is special day for us and for the club," he told BBC Sport. "Against one of the best teams in the world and when we have so many injuries.

"We had to be special in our plan for City because they are the best team in the world, but we had setbacks too with our injuries.

"We deserve the win, we were exceptional."