After conceding an early goal, Liverpool ultimately cruised to a 3-1 win over Newcastle United on Saturday, with Sadio Mane and Mohamed Salah doing the damage in their fifth English Premier League (EPL) match of the season 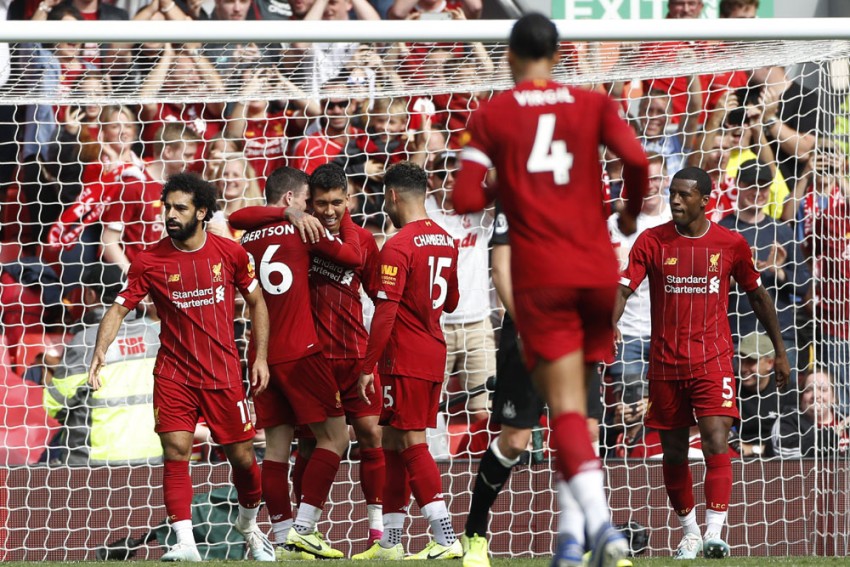 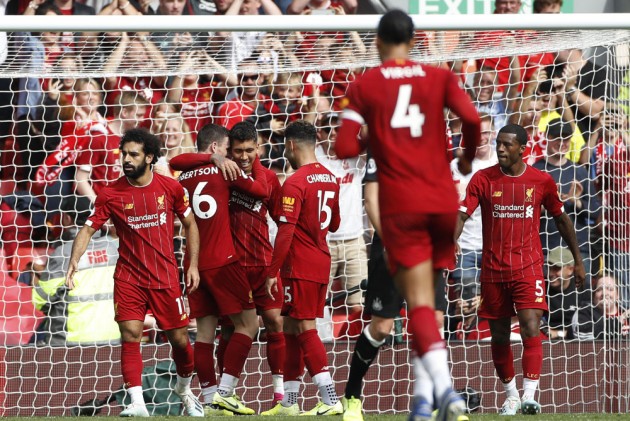 Sadio Mane continued his electrifying Liverpool form by scoring twice as the Reds came from behind to beat Newcastle United 3-1 and maintain their 100 percent start to the season. (More Football News)

The Senegalese was seen venting his frustration at Mohamed Salah – who got the Reds' third – despite scoring against Burnley before the international break, though he seemed rather more relaxed as he took his domestic tally to four for the season.

Jetro Willems opened the scoring early on with a stunning first Premier League goal, but Mane levelled 21 minutes later with a similarly impressive finish and then punished a Martin Dubravka howler to ensure Liverpool led at half-time.

Salah eventually finished Newcastle off 18 minutes from time, justifiably going it alone after criticism for apparent greediness at Burnley, as the Reds became the first Premier League team to win 14 games in a row while scoring more than one goal in each match.

Visitors Newcastle took a shock lead after seven minutes, as Willems' fierce strike darted into the top-right corner from the left side of the box.

Jamaal Lascelles was fortunate to avoid conceding a penalty in the 26th minute when he appeared to pull Joel Matip back in the air.

But Liverpool got a deserved equaliser two minutes later – Mane picking out the top-right corner after Andy Robertson's cut-back.

A through ball from Roberto Firmino – introduced for the injured Divock Origi – then forced Dubravka into action and the goalkeeper made a mess of it, allowing Mane an easy finish just before the break.

Emil Krafth almost restored parity early in the second half, blasting over at the back post after Liverpool failed to pick him up from Joelinton's cross.

At the other end, Dubravka produced a string of saves to keep the Magpies in the contest, denying Trent Alexander-Arnold and Firmino twice, all from close range.

There was no denying Salah, however, as the Egyptian burst past Fabian Schar and swept home.

Liverpool were denied further goals in the latter stages, as Dubravka thwarted Alexander-Arnold from point-blank range and Mane had what would have been a hat-trick clincher disallowed for offside against Firmino.

What does it mean? Reds still perfect despite warning signs

Whatever happens the rest of the weekend, Liverpool will remain top of the Premier League as the only side with a 100 per cent record.

However, Saturday's win was by no means flawless and again the full-back areas looked somewhat exploitable, with Alexander-Arnold failing to stop Willems for the opener and Robertson caught out in the second half when Krafth blazed over.

Sadio on the Mane

The form of Mane in recent months has been key for Liverpool and Saturday's game displayed much of what he is good at, as his first goal combined fine movement and technique, while the second came about through his leading of the line and positional awareness, even if Dubravka gave him some help.

34 - Sadio Mané has never lost a Premier League home game in which he's found the net, winning 32 and drawing two of his previous 34 games when doing so. Unblemished. pic.twitter.com/PwKObTnJs2

While Miguel Almiron would probably admit a 5-4-1 formation is not likely to get the best out of him, even with that in mind he disappointed, failing to hold on to the ball for long enough to offer any creative spark.

After Liverpool go to Napoli in the Champions League, they face a Premier League trip to Chelsea next Sunday. Newcastle host Brighton and Hove Albion the day before.