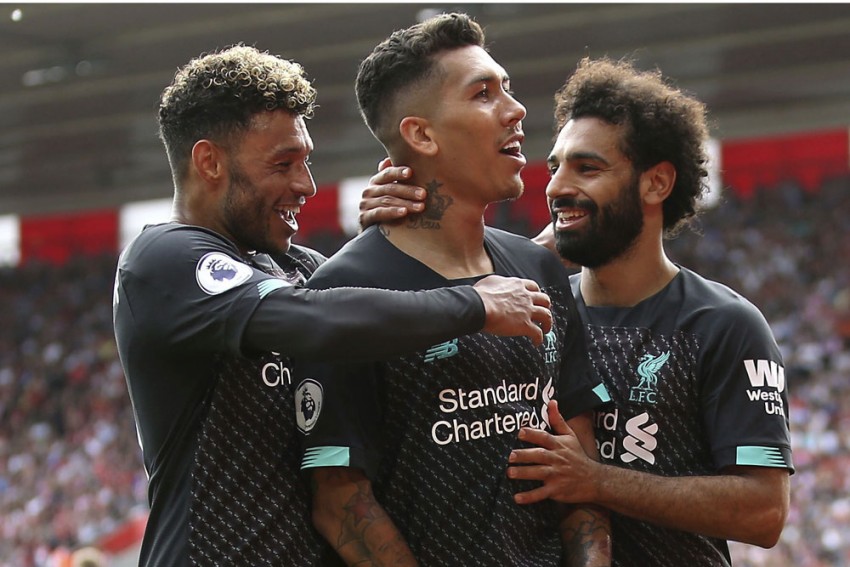 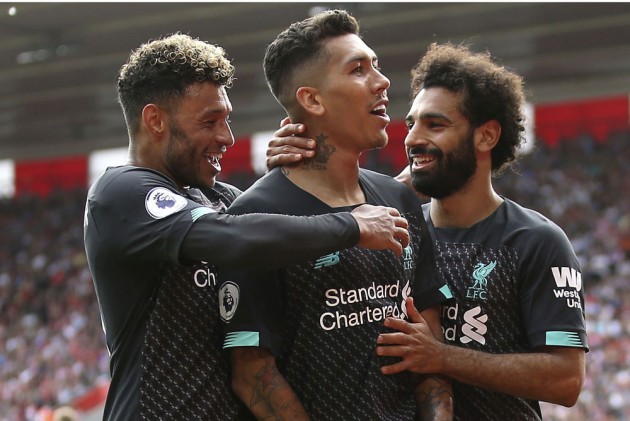 Liverpool maintained their strong start to the Premier League season with a 2-1 win at Southampton ahead of champions Manchester City hosting Tottenham in Saturday's late kick-off.

Sadio Mane scored the opening goal on his return to St. Mary's, smashing into the top-right corner shortly before half-time, with Roberto Firmino adding what proved to be a vital second before Adrian's error handed Danny Ings a late consolation.

Arsenal are the only other side to have maximum points after two games as they edged to a 2-1 win at home to Burnley, with Real Madrid loanee Dani Ceballos recording a brace of assists from midfield.

WATCH: David Luiz Makes A Mockery Of Himself With Clueless Arsenal Debut

There were also victories for Everton and a Teemu Pukki-inspired Norwich City at home to Watford and Newcastle United respectively, while Bournemouth collected three points at Aston Villa.

Having eased to a 4-1 win at home to Norwich to kick the Premier League season off, Liverpool followed their midweek UEFA Super Cup triumph over Chelsea by downing Southampton.

Mane hit both goals for Liverpool in Istanbul and the Senegal star followed that brace with his first league goal of the campaign, Firmino then seemingly wrapping up the Reds' win with an unerring finish.

But there was no first clean sheet in four competitive fixtures this season for Jurgen Klopp's men, who are at home to Arsenal next weekend, as Super Cup shoot-out hero Adrian's awful clearance bounced in off Ings with seven minutes left.

And Southampton should have snatched a late point when Yan Valery's low right-wing cross found Ings in the box, with the former Reds striker unable to punish his old club as he failed to get a clean contact on the ball.

20 - Sadio Mane is one of only two Premier League players to have scored at least 20 goals across all competitions in 2019 (also Sergio Aguero). Hot.

Alexandre Lacazette and Pierre-Emerick Aubameyang both scored as Arsenal took maximum points again after last week's victory at Newcastle United by winning 2-1 at home to Burnley.

Lacazette fired through Nick Pope's legs to open the scoring in the early kick-off at the Emirates Stadium but Ashley Barnes hit his third Premier League goal of the season to level before the break.

Aubameyang won it, though, firing past Pope after Ceballos robbed Johann Gudmundsson in midfield - the Gabon striker now has seven goals in four league games against the Clarets.

Finland forward Pukki, who netted in Norwich City's loss at Liverpool, scored all three goals as the Canaries downed Newcastle 3-1 at home to get up and running on their return to the Premier League.

Leandro Trossard had a goal ruled out for offside by VAR, but he later opened his Brighton and Hove Albion account with the equaliser in a 1-1 draw at home to West Ham, who had led through Javier Hernandez.

Bournemouth were 2-0 up inside 12 minutes at Aston Villa, Josh King scoring the Premier League's earliest penalty since 2015 before Harry Wilson's strike deflected in for his maiden Cherries strike, with Douglas Luiz replying for Dean Smith's men.

And Everton followed last week's 0-0 draw at Crystal Palace with another clean sheet as Bernard's early goal was enough to secure all three points at home to Watford, who have lost both of their games in 2019-20.

3 - Teemu Pukki is the first player to score a @premierleague hat-trick for Norwich City since Efan Ekoku against Everton in September 1993. Magic. pic.twitter.com/G1BEHe6qBx