With the shock win, Indian Air Force joined Gokulam Kerala with three points in Group D of Durand Cup 2019 before their August 14 face-off 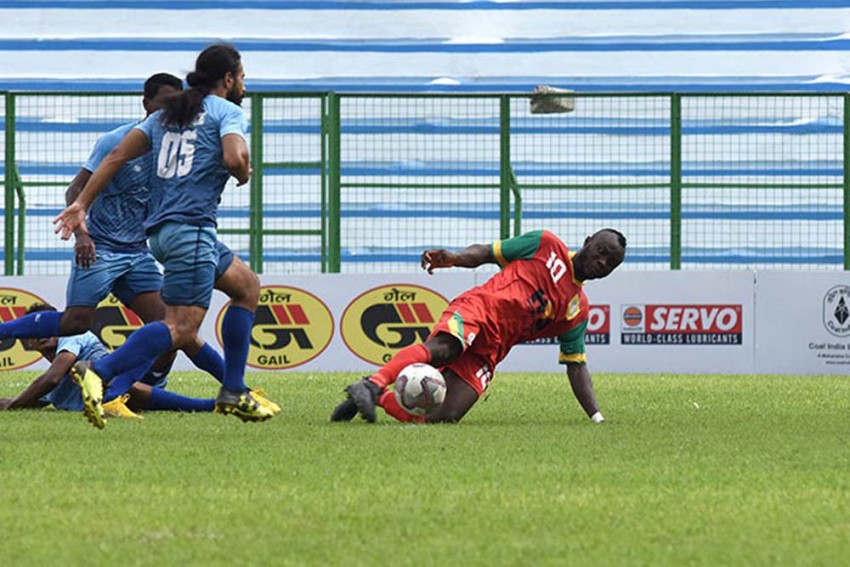 Indian Air Force caused the first upset of the 129th Durand Cup when they beat I-League outfit TRAU FC by a solitary goal at the Sailen Manna Stadium in Howrah on Friday.

Following a goalless stalemate in the first-half, the much-awaited move came from a setpiece in the 65th minute when Mohammed Aqib curled in a freekick past the Manipuri team's goalkeeper, Tajuddin.

With the win, Indian Air Force joined Gokulam Kerala with three points in Group D before their August 14 face-off.

In an inconsequential group A match in Kalyani, Army Red bounced back from a 1-2 deficit to hold Jamshedpur FC 2-2, with N Suresh Meitei scoring a brace.

Meitei gave a third-minute lead to Army Red from a fine header but Jamshedpur struck twice through Vimal Kumar in the 16th and 32nd minute to lead at half time.

Army Red restored parity after being awarded a penalty in the 67th minute with Meitei converting from the spot.

Army Red have two points from two matches, while Jamshedpur FC, who suffered a 0-6 rout against East Bengal in their first match, opened their tally with a point.

East Bengal lead the Group A table with six points and need a draw against Bengaluru FC on August 14 to secure a last-four spot.

The Imphal-based club, TRAU FC, who won the second division I-League last season to secure promotion to the top tier, was severely let down by their star striker, Princewill Emeka, as the Nigerian failed to find the target on more than one occasion.

Credit should also be given to the Air Force goalkeeper, Shibinraj Kunniyil, who was outstanding under the bar and was the difference between the two teams.