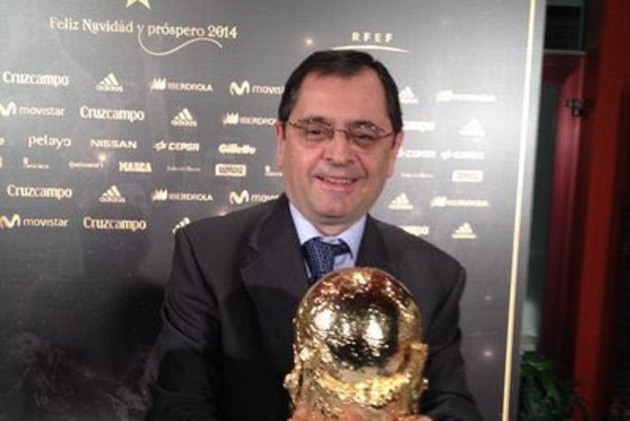 Two celebrated sports journalists from Spain -- José María Candela and Tomás Díaz-Valdés -- succumbed to COVID-19, becoming probably the only scribes to become victims of coronavirus pandemic which has shaken the world like never before.

According to an AIPS Media release, Candela "passed away in the sadness of his empty house at the age of 59 as announced by his media, Radio Nacional de España (RNE), via Twitter, early this morning. The firefighters found him without life around 1 am this morning."

RNE reported that Candela died from the coronavirus. Although the sports journalist, who was living in Boadilla (Madrid), was no tested as explained by AIPS EC Member Juan Antonio Prieto.

"Chema was a very good friend of mine," AIPS Spanish EC Member Prieto says, "he didn't attend the UCL open-doors game between Liverpool and Atletico Madrid in Anfield on March 11. He wasn't feeling well for a week but his appointment to being checked was scheduled for today, March 20. They are not doing tests here in Spain. His brother was the last one speaking to him after lunch. He wasn't feeling good, even if there wasn't a fever. He was feeling tired and fatigued in breathing. His brother suggested him to rest a bit and he never opened his eyes again."

To many fans, he was the voice of RNE.

Valdés, a veteran reporter for Spanish newspaper AS for thirty years, also passed away due to complications of coronavirus infection at the age of 78.

"Complications of coronavirus infection were fatal to this gentleman of journalism as reported by Diario AS. Key figure in the sports career of Ángel Nieto Díaz, Valdés covered the World Cup until the 90s, and then launched a specialized magazine of the "Top Auto" and "Top Motor" sector," the release said.

Spain has more than 17,000 people infected with the virus. Nearly 770 people have died and more than 930 were in intensive care.

Meanwhile, some football clubs have decided not to use the coronavirus testing kits offered to them by the Spanish league, saying there are others who need them more.

The league last week offered some 500 tests to its teams, prioritizing those that recently traveled to high-risk areas or already had players infected.

Celta Vigo said Thursday it wouldn't use the tests because it “there are other groups in greater need” for them in Spain.

Valladolid said it would not test its players at the moment since none of them have shown symptoms. Team spokesman David Espinar said the tests should be prioritized for other people in the country, which is struggling to battle the pandemic.

First-division club Alavés on Wednesday said it had 15 people infected — three players, seven members of its coaching staff and five other employees.

Valencia and Espanyol also were hit by the virus. Valencia said 35% of its squad and coaching staff were infected, while Espanyol said six members of its team and staff had the virus.