While COVID-19 pandemic has forced sports to stop around the world, European media finds new ways to keep fans engaged 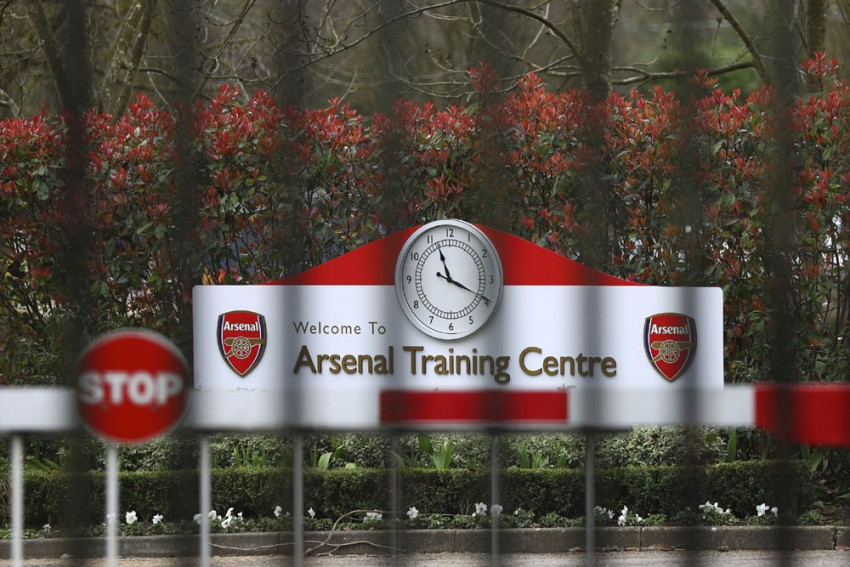 Representative Image: Closed gates at Arsenal's London Colney training ground in London, Friday, March 13, 2020. Arsenal manager Mikel Arteta has tested positive for the coronavirus. It has forced the club to close its training complex, put the entire first-team in self isolation and for its Premier League match against Brighton on Saturday to be postponed.
Bradley Collyer/PA via AP
Agencies March 24, 2020 00:00 IST Coronavirus: How Europe's Football Media Keeps Fans Occupied 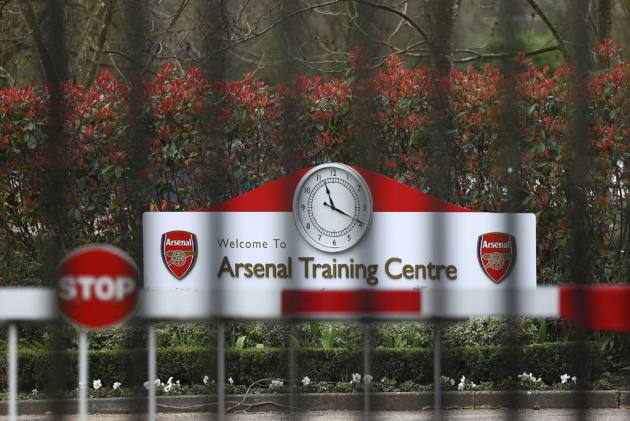 From impassioned debates around the kitchen table to detailed reports about matches that never happened, Europe's football media are working overtime to give fans a welcome distraction during the coronavirus crisis.

Former Tottenham, Barcelona and England striker Gary Lineker, a keen amateur chef, even opened up his home in a bid to satisfy the British football public's appetite for sports talk.

Match of the Day was screened as a panel show rather than highlights on Saturday, with Lineker, Shearer and Wright debating the greatest captains of the Premier League era.

For once there was no talk of VAR as ex-Newcastle and Blackburn star Shearer detailed his memorable battles with Manchester United's Roy Keane and former Arsenal striker Wright described his use of "Franglais" to make conversation with team-mate Patrick Vieira.

In what was due to be FA Cup quarter-final weekend, the BBC also filled the void of what would have been live games with classic last eight matches from the competition's past.

Linker, 59, has since gone into self-isolation after his 28-year-old son George told him he may have contracted the virus.

In Italy, one of the countries worst hit by the pandemic, the football media have been focused on boosting national pride.

Sky Sports have already broadcast Italy's matches on their way to victory in the 2006 World Cup.

The schedule for Monday was "a whole day spend together with Italian coaches who have left their mark in England".

There were segments on Claudio Ranieri, who masterminded Leicester's fairytale Premier League title triumph, Roberto Mancini, who won the title at Manchester City, and Carlo Ancelotti, a double winner at Chelsea.

In Spain, La Liga club Leganes live tweeted their game that wasn't against Valladolid and newspaper AS did a match report on it, while Cadena Ser also broadcast commentary of the "goal".

Manolo Lama from Cadena Copa, Miguel Angel Roman from Movistar and Antoni Daimiel from Cadena Ser -- three of Spain's most famous commentators -- all commentated on La Liga's playstation tournament over the weekend, which was won by Real Madrid's Marco Asensio and drew over 170,000 online fans while raising money for charity.

Much of the weekend's French sports coverage was given over to the big clash between Marseille and Paris Saint-Germain, which was meant to be played on Sunday.

Inside, the paper pitched together a dream team for each side (Marseille with Waddle, Didier Deschamps, Didier Drogba and Jean-Pierre Papin et al, versus PSG with Rai, Ronaldinho, Zlatan Ibrahimovic and George Weah among others).

Nostalgia has been a recurring theme and on Sunday night Canal Plus filled the slot that should have been dedicated to live coverage of Marseille v PSG by showing highlights of games between the teams in the last decade.

Streaming service DAZN have put up every single Champions League Final since 1992.

Newspaper Bild summed up the desperation for some sporting drama the best.

They teamed up with the Chess24 website to livestream the World Chess Championship Candidates Tournament from Russia, under the headline: "Finally, some sport!"

If IPL Doesn't Happen, So Be It: Kings XI Punjab Co-Owner Ness Wadia