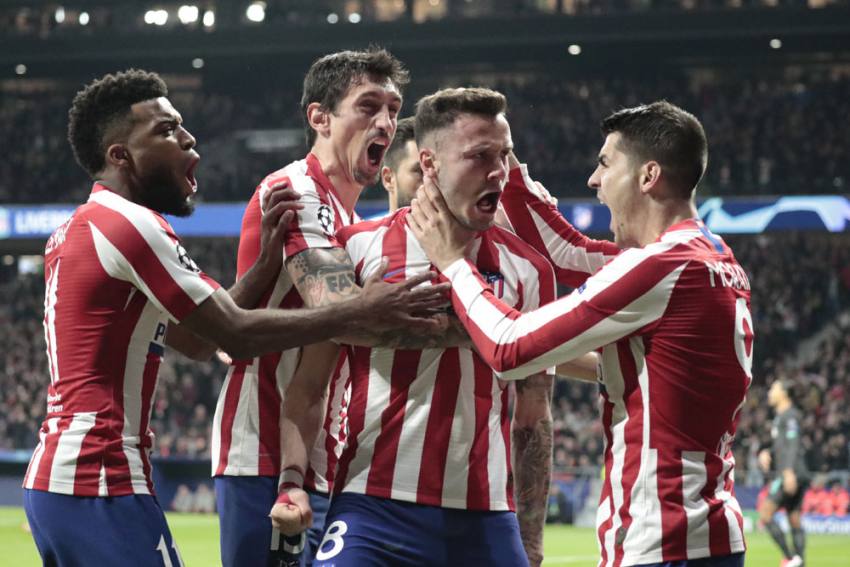 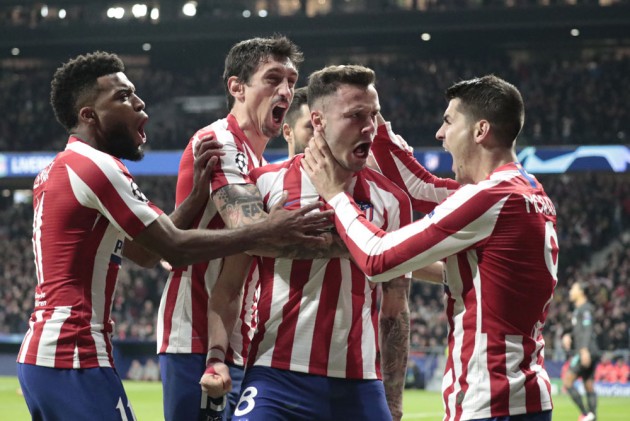 Atletico had won just one of their last seven matches ahead of this tie, but they took the game to Liverpool from the off and opened the scoring through Saul's fourth-minute strike.

Returning to the scene of their magical sixth European Cup triumph in June, the visitors dominated possession but failed to register a single attempt on target in response.

Just a third defeat in all competitions this season leaves Jurgen Klopp's men with it all to do in the return fixture at Anfield on March 11.

Koke's set-piece delivery bounced off Fabinho and squirmed through for Saul, who stabbed the ball past Alisson from point-blank range to give Atletico an early lead.

Atleti pushed for a second goal and an error from Virgil van Dijk gifted Alvaro Morata a free shot from a tight angle, but Alisson was equal to the low attempt.

Liverpool took time to grow into the contest and had the ball in the net through Mohamed Salah after 26 minutes, only for Roberto Firmino to be flagged for offside in the build-up.

Salah flashed a header wide from Liverpool's next big chance eight minutes into the second half as the hosts continued to withstand the pressure.

Jordan Henderson guided a first-time effort just wide before limping off injured in the final 10 minutes as the reigning champions were left frustrated on their return to Madrid.

Thank YOU for your support, it was out of this world

What does it mean? Advantage Atletico at Anfield

Atletico eliminated Liverpool in their only previous knockout tie - a 2009-10 Europa League semi-final - and they are in a great position to do likewise in next month's return leg.

Diego Simeone's men are known for their ability to frustrate opponents and a draw of any sort at Anfield will send them through.

Saul was in the right place at the right time to fire Atletico ahead - just the second goal Alisson has conceded in 2020.

Only Antoine Griezmann (six) has scored more goals in the Champions League knockout phase for Atleti than the Spain international (five).

Odd Mane out at Metropolitano

Sadio Mane was Liverpool's match-winner against Norwich City at the weekend but could not find a way through Atletico's packed defence.

He was involved in a running spat with Sime Vrsaljko and was close to being shown a second yellow card before half-time, perhaps explaining his departure at the interval.

Atletico host Villarreal on their return to LaLiga action on Sunday, while Liverpool welcome West Ham to Anfield in the Premier League in six days' time.