Twelve years ago Brendon McCullum lit up the inaugural Indian Premier League with an unbeaten 158. We look at classic tournament openers 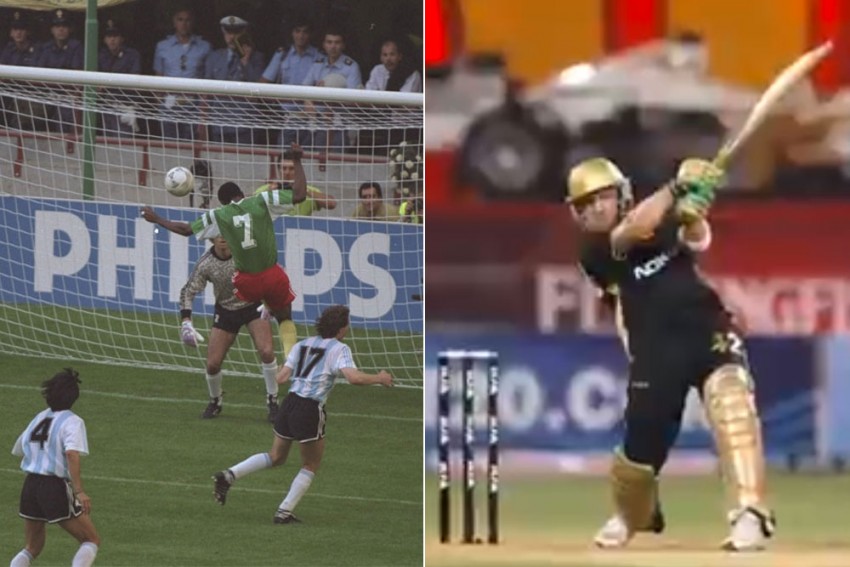 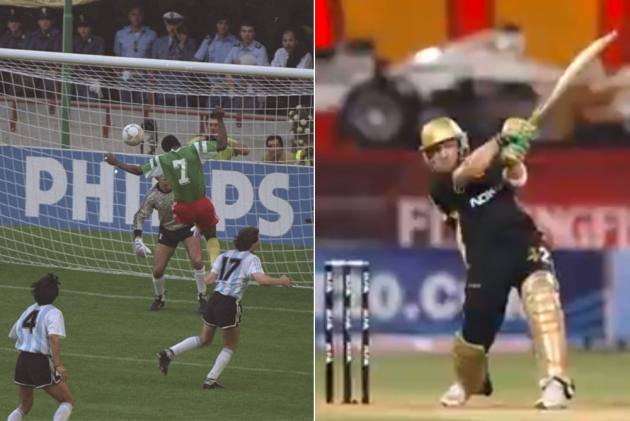 McCullum's devastating display of hitting provided a glimpse of what was to come for the world's premier Twenty20 franchise competition.

To mark the anniversary, we take a look at some of sport's great curtain-raisers.

As the defending champions, Argentina had the honour of kicking off the 1990 World Cup in Italy and were expected to encounter few difficulties against Cameroon.

The Indomitable Lions may have never won at a World Cup finals before, but 90 minutes later that had been rectified, Francois Omam-Biyik heading in a winner that was embarrassingly shovelled over the line by Nery Pumpido.

That was only half the story, though. Cameroon finished the game with nine men, Benjamin Massing following Andre Kana-Biyik in being sent off for an outrageous lunge on Claudio Caniggia that remains one of the enduring World Cup images.

Take nothing away from Cameroon, though. They went on to reach the quarter-finals - beaten by England - as the world finally took notice of African football.

The honour of playing the first game at the Rugby World Cup typically goes to the hosts, and in 1995 the opening fixture pitted South Africa against reigning champions Australia in Cape Town.

The Springboks had only been permitted to return to international rugby in 1992 once apartheid was abolished, but, roared on by a partisan Newlands crowd that included future great Bryan Habana, they saw off the Wallabies 27-18.

It proved to be the catalyst for South Africa, who would go on to be crowned World Cup winners, a victory that did much to unite a nation divided for so long.

A modern take on one of the greatest tournaments in our sport's history.

This is Rugby World Cup 1995 through the lens of social media. #RWC1995 pic.twitter.com/cxY9TOEKCk

T20 was still in its infancy in 2008 when Kolkata Knight Riders opener McCullum came to the crease, and there was little indication of what was to come when the New Zealander failed to score off his first six balls faced.

He soon got his eye in. McCullum would go on to smash 158 off 73 balls, including 13 sixes and 10 fours, as the Knight Riders cruised to a 140-run win against Royal Challengers Bangalore. It was a better start than even the IPL architects could have hoped for.

Only five men have recorded higher scores than McCullum's knock that day, but none have been as important as the display which showed the IPL was a force rather than a farce.

The Australian demolished his 6ft 10ins opponent in a 19-minute first set, which he took 6-1, but Karlovic, playing in his first grand slam, flipped the script.

The defending Super Bowl champions have had the honour of kicking off the NFL regular season since 2004 and there was another championship banner being unveiled in Foxborough on September 7, 2017.

Pre-game talk surrounded the possibility of the New England Patriots going 19-0. The Kansas City Chiefs had other ideas, though, routing Bill Belichick and Tom Brady in their own backyard in a 42-27 success as rookie running back Kareem Hunt went off for 246 yards from scrimmage.

Belichick and Brady bounced back and New England finished 13-3 before making another Super Bowl, where Nick Foles and the 'underdog' Philadelphia Eagles lifted the Lombardi Trophy in Minnesota.

On This Day In Sport, April 18: IPL Off To A Flier, Wayne Gretzky Bows Out, Peyton Manning Becomes A Colt