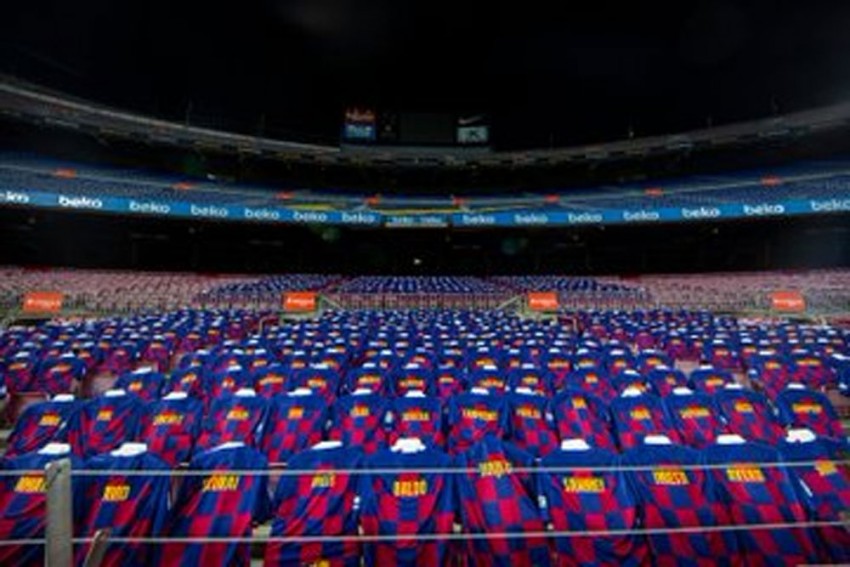 Supporters were able to buy a special edition home jersey with their chosen name and number on to occupy a place in the stadium.
Courtesy: Twitter (@FCBarcelona)
Omnisport June 30, 2020 00:00 IST Barcelona Place 3,000 Personalised Shirts On Seats For Atletico Madrid Clash 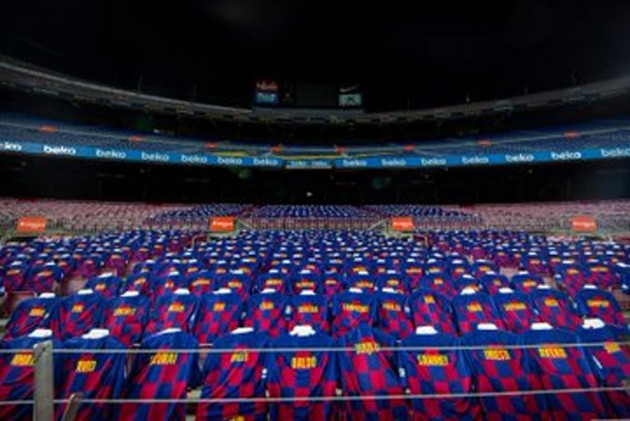 Barcelona's huge La Liga clash with Atletico Madrid will take place behind closed doors on Tuesday, but the champions have come up with a way for some fans to have a presence in the stands.

The Catalan giants have placed 3,000 personalised shirts on seats behind both goals and in the Lateral stand at Camp Nou as part of its 'We All Play' campaign.

Supporters were able to buy a special edition home jersey with their chosen name and number on to occupy a place in the stadium.

Barca confirmed part of the proceeds will be donated to charitable projects aimed at fighting the spread of coronavirus through its foundation.

A club statement read: "This is unquestionably one of the biggest games left for this final stretch of the season, and the players aren't going to be alone.

"Thanks to the 'We All Play' campaign, 3,000 fans will be able to symbolically 'enter' the stadium in the form of personalised shirts laid out in the terraces.

"Once the game is over, the shirts will be cleaned and disinfected and sent over the course of the following days to the fans' home addresses.

"They will also be emailed a link to a gygaphoto in which they will be able to locate their shirt in the ground as a souvenir of their testimonial 'attendance' of the match."

Barca fell two points adrift of La Liga leaders Real Madrid at the weekend but have an opportunity to reclaim top spot by beating third-placed Atletico.

Club captain Lionel Messi will reach 700 goals in professional football if he hits the target at Camp Nou.