Atletico Madrid missed the opportunity to strengthen their position in LaLiga as they were held to a goalless draw by Barcelona. 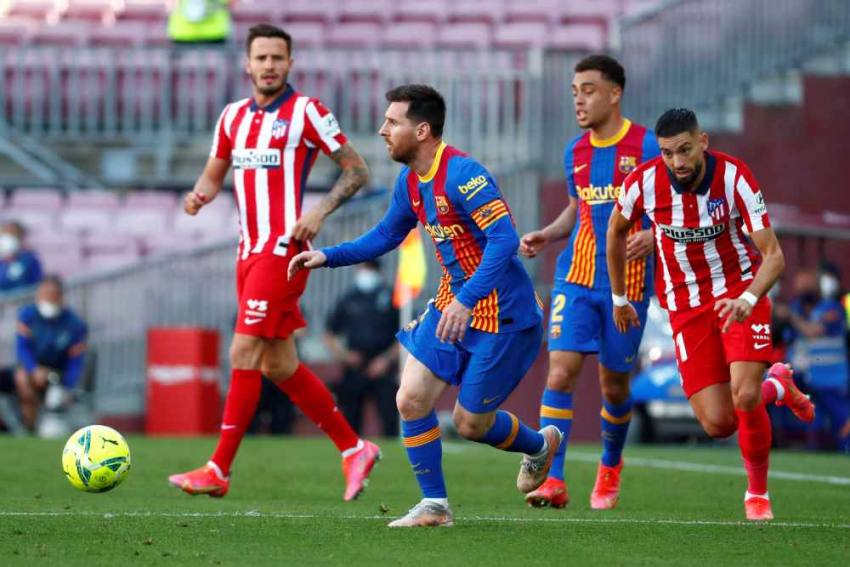 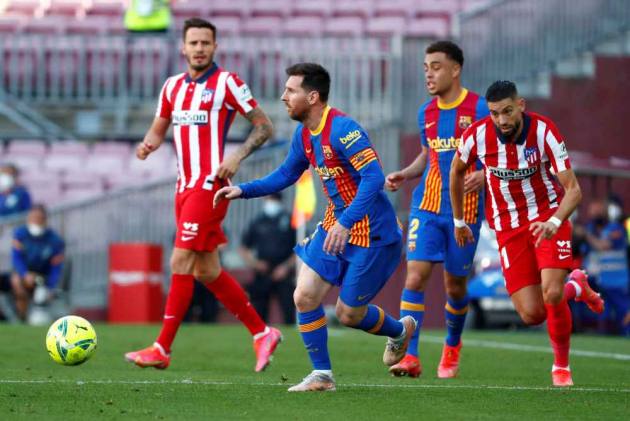 Barcelona and Atletico Madrid played out a 0-0 draw at Camp Nou on Saturday, handing Real Madrid the advantage in the race for LaLiga. (More Football News)

Atleti remain top – two points clear of nearest rivals Barca – but Los Blancos will usurp them if they beat fourth-placed Sevilla on Sunday courtesy of a better head-to-head record against Diego Simeone's side.

Despite dominating the first half, Atleti could not find a way past Marc-Andre ter Stegen, the German making six saves before the interval.

Barca improved after the break, but Ronald Koeman's team ultimately fell short of finding a winner that would have moved them to the summit.

Atleti, who saw Thomas Lemar forced off due to injury early on, almost went ahead shortly before the midway point of the first half, Angel Correa denied what looked set to be a certain goal by a superb last-ditch block by Clement Lenglet.

Barca lost Sergio Busquets in the 32nd minute after a clash of heads with Stefan Savic, before Ter Stegen kept out Marcos Llorente, Luis Suarez and Yannick Carrasco in quick succession.

Lionel Messi was denied a memorable goal shortly before the interval, Jan Oblak wonderfully tipping the Argentina international's effort away after he had waltzed past a host of Atleti players.

Simeone's visitors should have made their first-half dominance count on the stroke of half-time, yet Felipe blazed over from 10 yards after being picked out by Llorente.

The hosts did most of the pressing at the start of the second period, Oblak forced to paw away a Messi free-kick after 66 minutes.

Ronald Araujo had a header ruled out for offside soon after, while fellow substitute Ousmane Dembele nodded over from a glorious position five minutes from full-time as Barca threatened to claim all three points.

Atleti did not look like snatching a goal in the closing stages as their winless run at Camp Nou was extended to a whopping 15 games.

What does it mean? Atlei open the door for neighbours

Atleti will consider this a missed opportunity, given their dominance in the opening 45 minutes. Simeone's side had six shots on target in the first half – the most by an opposing team before half-time against Barca this season in all competitions.

They dropped off significantly in the second period, failing to draw a single save out of Ter Stegen, and now face an anxious wait to see if Sevilla can do them a favour on Sunday. Barca, meanwhile, need to win their remaining three games and hope their fellow title contenders drop points if they are to finish the campaign on top.

Koke was supreme at the heart of Atleti's midfield. The 29-year-old made more passes (63) than any other visiting player and finished with a pass completion rate of 92.1 per cent. He also made more interceptions (three) and gained possession (nine) on more occasions than any of his team-mates, while no player on the pitch made more than his four tackles.

Antoine Griezmann's woes against his former club continued. He had two shots on target – the joint-most of any Barca player – but the France international has now failed to score in his 12 LaLiga appearances against Atleti.