Australia went one up in the two-Test series with a crushing innings-and-five-run victory at the Gabba last weekend, but the second match starting Friday at Adelaide Oval is a pink-ball affair, which skipper Tim Paine said would produce different conditions with generous grass on the pitch and outfield 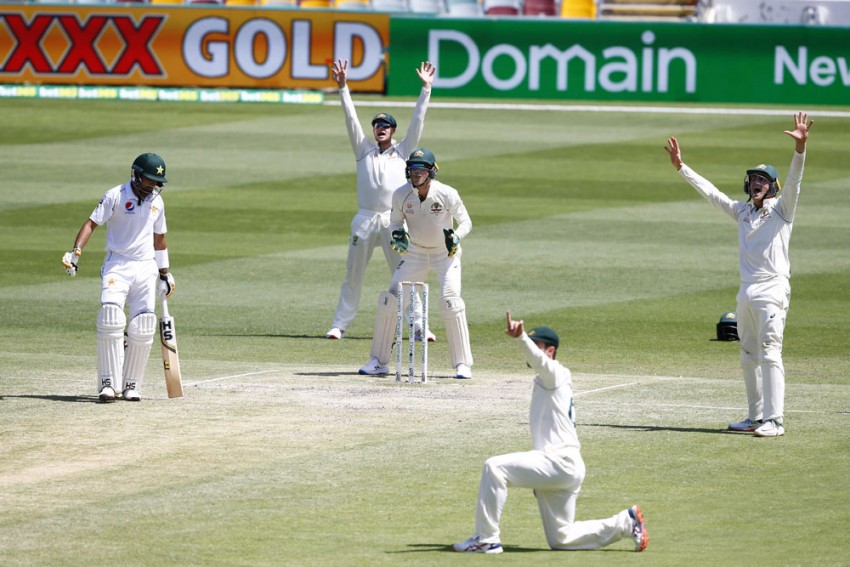 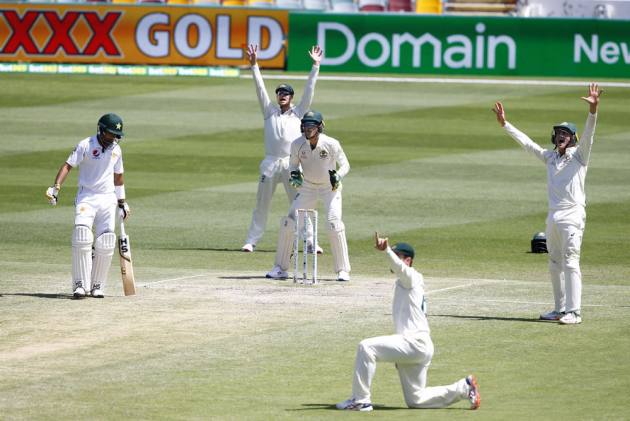 Australia will not be complacent in the second Test against Pakistan this week despite the odds being stacked heavily in their favour, they said, insisting day-night cricket is a "completely different beast". (More Cricket News)

The home team went one up in the two-Test series with a crushing innings-and-five-run victory inside four days at the Gabba in Brisbane last weekend.

But the match starting Friday at Adelaide Oval is a pink-ball affair, which Australian captain Tim Paine said would produce different conditions with generous grass on the pitch and outfield.

"Certainly there's going to be times during the game where tactics might be slightly different -- day-night," he said.

"We'll wait and see on the wicket and how the ball handles it, whether it goes soft or if it'll nip around for the whole game.

"Everyone's looking forward to it but we do know it's a completely different beast," he added.

Australia are overwhelming favourites. They have won all five pink-ball Tests they have played since the concept was launched four years ago, with three of them coming in Adelaide and quick bowlers Mitchell Starc, Josh Hazlewood and Pat Cummins all excelling under lights.

Cummins said the Adelaide Oval at night was "a fast bowler's dream".

"Our record there is really good, we know the conditions well, it'll be a bit of a different game (to Brisbane), I think," Cummins told cricket.com.au.

"We've all spent quite a few long days in the dirt on flat MCG or SCG wickets, so a bit of grass on the wicket, the pink ball zipping around at night -- it's a fast-bowler's dream." Add into the mix that Pakistan have now lost 13 consecutive Tests in Australia and Paine's men will be disappointed if they do not wrap up the series 2-0.

They are expected to stick with the same XI from Brisbane, although fast bowler James Pattinson is in the squad and available again after being suspended from the Gabba for player abuse in a domestic match.

Pakistan took some positives from a gutsy second-innings 335 in Brisbane, where Babar Azam scored a century and wicketkeeper Muhammad Rizwan 95.

They were let down by a poor first innings batting effort and the inability of their young bowling attack to threaten an Australian top order that put on 222 for the first wicket and added another 129 for the second.

Pakistan took a gamble at the Gabba by leaving out experienced paceman Mohammad Abbas, giving exciting 16-year-old Naseem Shah a debut, and he may be drafted back in for Adelaide, with Imram Khan appearing to be the likely fall guy.

Naseem held his own in Brisbane, finally removing David Warner for 154 to give him match figures of one for 68, and skipper Azhar Ali liked what he saw.

"For a 16-year-old guy, he came up and bowled at a consistent pace. His line and length were also good and he will be a good prospect for Pakistan," he said, adding that selectors would take a good look at how best to deal with the Adelaide conditions before deciding on their team.

If Pakistan opt to manage Naseem's workload and rest him, they have the option of 19-year-old Musa Khan.

Former Australian skipper Steve Smith expects Pakistan to "come back hard at us".

"You never take any opposition lightly," he said.