Another Coronavirus Case In German Football Before Key Meeting 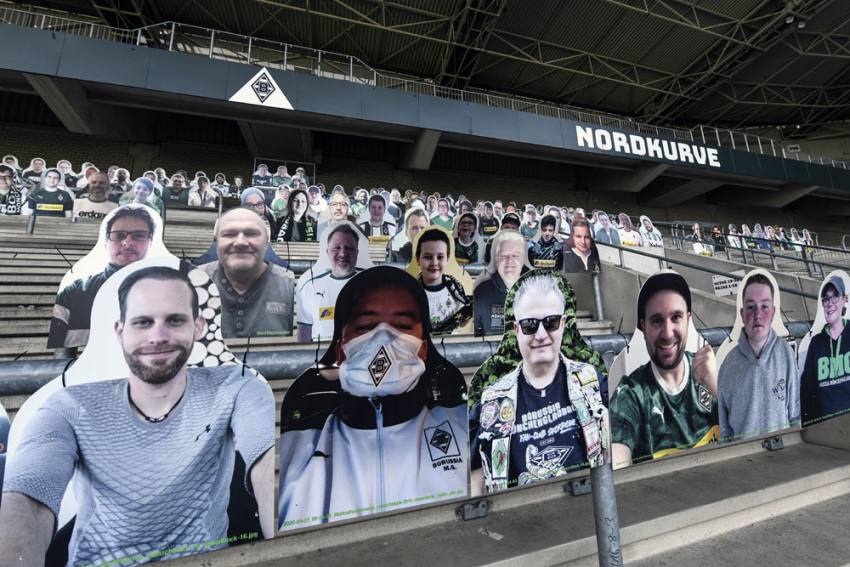 In this Thursday, April 16, 2020 file photo, portraits are set on the supporters tribune of German Bundesliga soccer club Borussia Moenchengladbach at the stadium in Moenchengladbach, Germany. All major events in Germany are suspended due to the coronavirus outbreak and the Bundesliga's plans to re-start in May are meeting increased opposition with a German virologist, warning that players' safety is at stake.
AP Photo
Agencies 2020-05-05T19:24:18+05:30 Another Coronavirus Case In German Football Before Key Meeting 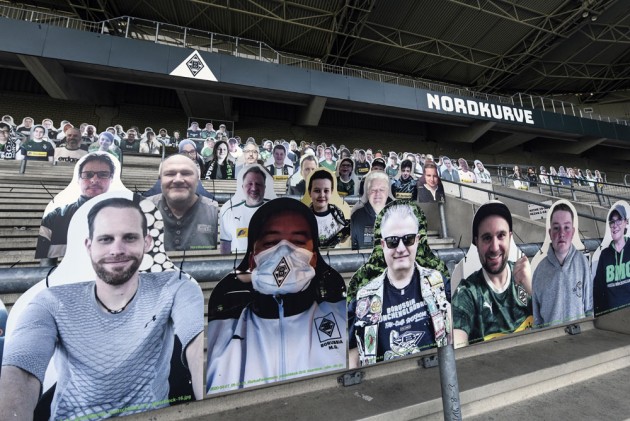 Second-division German soccer club Erzgebirge Aue put its entire squad in home isolation on Tuesday after a member of staff tested positive for the coronavirus.

It was the first confirmed case in the German league's second round of testing, coming a day before a government meeting on loosening lockdown measures to pave the way for soccer to return in empty stadiums.

Aue didn't name the staff member involved or say how the person could have contracted the coronavirus. The club didn't report any positive tests from the first round of testing last week.

Ten people tested positive last week from the 36 clubs in the top two men's divisions. That included two Cologne players and a staff member. The club did not put its squad in isolation, nor did second-division club Stuttgart, which reported one “inconclusive result.”

The other cases have not been publicly attributed to any club. The German Football League, which oversees the top two divisions, has asked clubs not to disclose cases.

Last week, Chancellor Angela Merkel and 16 state governors postponed a decision on whether the Bundesliga could resume without fans present. She warned there was still a danger that COVID-19 infections could rise if containment measures were relaxed too soon.

A meeting between Merkel and the governors on Wednesday will discuss resuming soccer in Germany. The league's plan has faced public criticism regarding the use of coronavirus testing kits on people who appear healthy, and concerns that fans could gather near stadiums.

There was a further backlash Monday after Hertha Berlin forward Salomon Kalou live-streamed a video of himself greeting teammates with physical contact and bursting in on a teammate's coronavirus test. Kalou was suspended by the club.

Commenting on the incident on Tuesday, Health Minister Jens Spahn said German soccer's plan was sound despite the flouting of social distancing shown in Kalou's video.

“The basic concept makes sense and can also be an example for other pro sports categories, by the way. But it has to be lived, too,” Spahn told Deutschlandfunk radio.
Clubs in the top two divisions have committed to finishing the season by the end of June.