Anish Bhanwala shot 29 in the final of the 25m rapid fire pistol competition at the Junior Shooting World Cup on Wednesday. 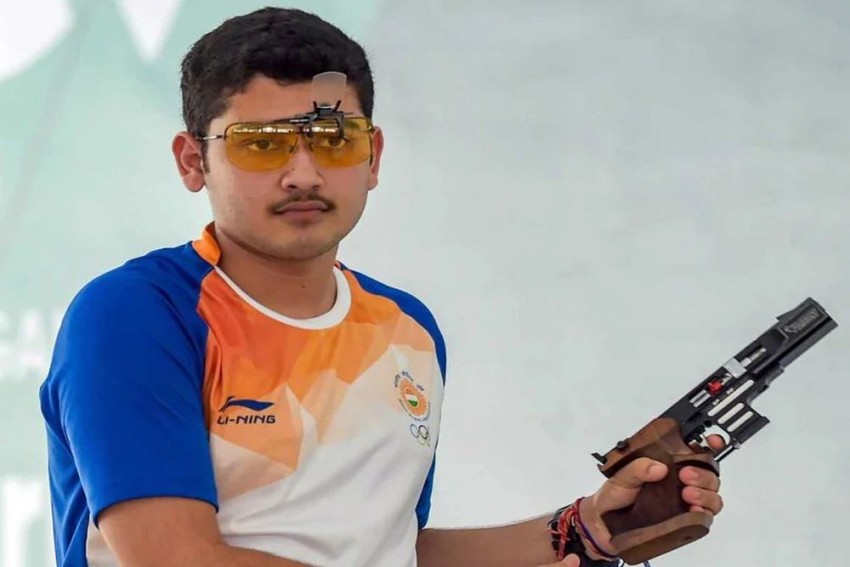 Anish Bhanwala topped the qualification with 584 and shot 29 in the final to finish on top of the podium.
Twitter
Outlook Web Bureau July 17, 2019 00:00 IST Anish Bhanwala Wins Gold At Junior Shooting World Cup 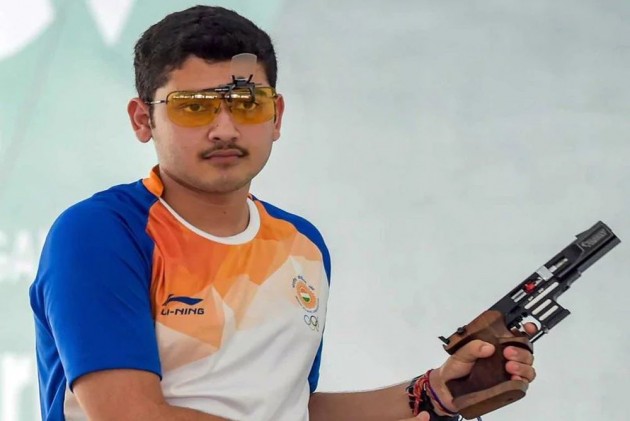 Competing on day four, Anish shot a solid 584 in qualification to top the charts and lead a three-man Indian contingent into the six-man final.

In the final, Anish led from the front and never shot below three hits out of five in each of the 10 series of shots. He finished with 29 to easily leave behind Russian Egor Ismakov, who shot 23 for silver.

Anish had won his first Junior World Cup gold in the event in Sydney last year. Since then, he also made his first senior final earlier this year.

Agneya Kaushik, the third Indian in the final came sixth with nine hits.

Agneya, however, combined with Rajkanwar Singh Sandhu and Udhayveer Sidhu to win the team bronze with a total of 1709. They got the better of Anish, Adarsh Singh and Harshawardhan Yadav, who finished a point behind in fourth.

India won two more medals on the day in the 10m air rifle mixed team junior. The pair of Shreya Agrawal and Yash Vardhan won silver, finishing behind the Iranian pair of A Sadeghian and A Zolfagharia 17-11 in the final.

Mehuli Ghosh and Hriday Hazarika won the bronze in the event by beating USA in the bronze medal match.

India now has eight gold, eight silver and four bronze from the tournament for a total of 20 medals.