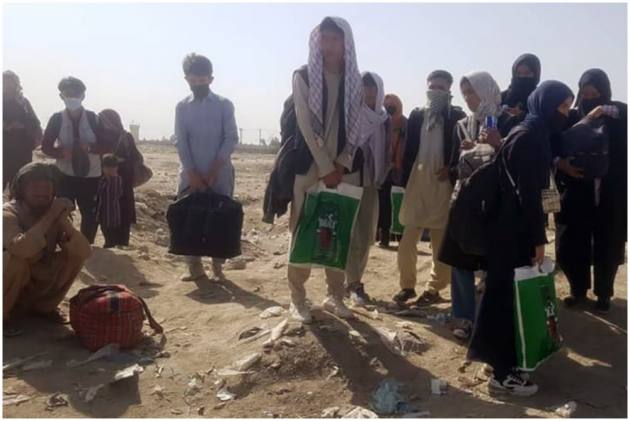 Thirty-two women football players from Afghanistan, who were facing threats from the Taliban, have reached Pakistan along with their families after the government issued emergency humanitarian visas to evacuate them, according to a media report on Wednesday. They may even seek asylum in Pakistan. (More Football News)

The footballers belonging to the national junior girls’ team had been originally due to travel to Qatar, where Afghan refugees have been housed at a facility for the 2022 FIFA World Cup, but were left stranded after a bomb blast at the Kabul airport that killed 13 US service members and at least 170 Afghans on August 26.

These women were facing threats from the Taliban due to their involvement in the sport, Dawn newspaper reported. The Taliban took control of Afghanistan in August. These women football players had since been in hiding to evade the Taliban, according to the report.

The move to bring the 32 footballers to Pakistan was initiated by British-based NGO Football for Peace in cooperation with the government and the Pakistan Football Federation (PFF), which is not recognised by FIFA.

FIFA president Gianni Infantino had visited the Afghan refugees during his trip to Doha last week, but the global football body has been criticised for its inaction in aiding the female footballers who were still in Afghanistan.

The footballers will proceed from Peshawar to Lahore where they will be housed at the PFF headquarters.