No private university, no matter how excellent, can fulfil the staggeringly vast and demanding responsibilities that only a public university can address. 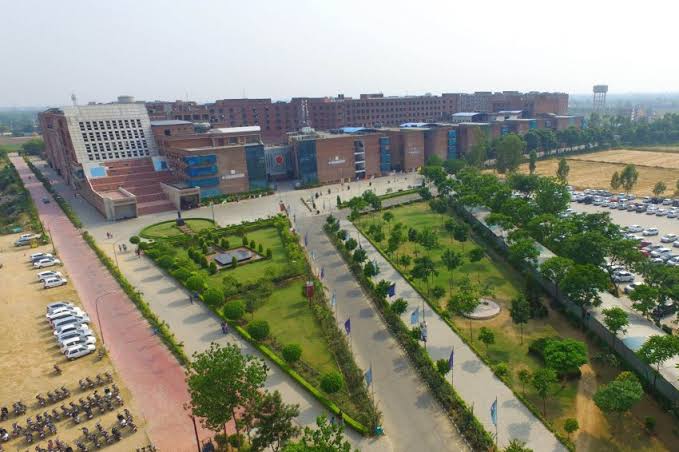 I spent most of last Thursday at Bhagat Phool Singh Mahila Vishwavidyala, in Gannaur in Haryana’s Sonepat district. I went there to deliver two lectures as part of the UGC’s Refresher Course for college teachers. It was a day hard to forget.

Moving up north on National Highway 1 on the way to Chandigarh, the car took a left turn at the crossing at Gannaur, and then paced through 20-odd kilometers of country road, meandering past vast tracts of farmland; before I knew it, we passed an imposing campus to our right. It was Bhagat Phool Singh Government Medical College for Women, on Gannaur’s Gohana Rd, Khanpur Kalan. Soon, we entered the wide green campus of BPS Mahila Vishwavidyala. Established as a Gurukul for women in 1936, it was established as the first women’s only university in north India in 2006 by the Haryana government.

I was invited to speak by Dr. Shalini Attri, assistant professor of English, who later shared her memories of her first day at the university. “I joined on 22 June, 2007,” she said, “a very hot day travelling through narrow roads, no infrastructure. As soon as I joined the first thing that came to my mind was, I will leave the job as the concept of university was something else in my mind. I thought this is no university.”

The locals were resistant, and the most toxic resistance was reserved for women.

“Most of us were outsiders,” she said, “two from Delhi, JNU, one from Himachal.” Even so, she was perhaps the “insider” in the group. She grew up in Hisar and identifies as a Jat; she studied at Kurukshetra University and completed her Ph.D. from Panjab University, Chandigarh.

“Many times,” she said, “there was a pick up van that was available to drop us to Gohana because during the late hours no vehicle was available.” Getting around was difficult, especially for the women employees, as there were social taboos about women moving around “at odd hours.” “Ye kaunsi Naukri hai,” one women from the community asked them, “jisme itni late ati ho?”

Twelve years have now gone by. The campus has grown, the departments have expanded. Many of the women who have graduated from the university are successfully employed. In 2017, 20-year-old Manushi Chillar from the Women’s Medical College became Ms. World, the first Indian to win the title since Priyanka Chopra in 2000.

In the national imagination, Haryana is not a state known for women’s empowerment. Since the success of an eclectic range of films from Aamir Khan’s Dangal to Salman Khan’s Sultan, perhaps the most obvious instance many can think of is the courage of women wrestlers in the region, excelling in a violent, male-dominated sport. The recent successes of Babita Kumari Phogat has brought that to public awareness once again.

In the time I spent at BPS Mahila Vishwavidyala, I experienced a range of college, university, and professional journeys undertaken by women from different parts of rural Haryana and other neighbouring north Indian states. As an academic, I was perhaps the most moved by the story of Shalini Attri, whose journey from Hisar to Sonepat, oddly, felt, much longer and harder than it should have been.

Another journey felt oceans apart. I, too, teach at a university in Sonepat. My institution, Ashoka University, a private university only about a decade younger than Mahila Vishwavidyala (in its new life), has already attracted significant national and international attention. But I realised that it cannot dream of reaching the lives that the women’s university has touched, whether it comes to the students or the faculty. Not yet, and perhaps never on this scale.

There could not be a more powerful reminder of a truth no nation can afford to forget: no private university, no matter how excellent, can fulfil the staggeringly vast and demanding responsibilities that only a public university can address.


No nation can educate herself through private universities alone.

Dr. Attri told me about the deep happiness she got out of teaching young women from rural north India. “It’s not DU or JNU,” she kept saying – it’s all very well to be ambitious and aspire to such places, but reality is reality – and it is reality of small but meaningful change that has kept her happily rooted in this university in rural Gannaur in Haryana.

Suddenly, it took me back to another day, from October this year. I was invited to conduct a Creative Writing Workshop at Indraprastha College, also an institution for women, affiliated to the University of Delhi.

The person who invited me was an ad hoc teacher from the college.

Roughly from around the time Dr. Attri and her fellow teachers were making that rough trek through an intense Haryana summer to what seemed like a nothing university in rural Gannaur, the University of Delhi, one of the premier public universities in the nation, started to seriously fall behind in the recruitment of full-time teachers that was needed to address the expansive lacunae created by the double force of teacher retirement and growing student population. The university and its constituent colleges, came to rely more and more an ‘ad hoc’ teachers, who were hired for a term, with the same pay and benefits as those of an entry-level professor, pro-rated for the term of appointment, without any guarantee of continued employment. But classes had to be taught. So the impermanent appointments continued, out of exigency, without any promise of a future. More than a decade later, the number of ad hoc teachers expanded from 500 to 4,500, now 40% of the university’s total faculty strength.

The circular sent out from the university to its colleges instructing them to prioritize the less stable “guest faculty” appointments (who only get paid per lecture, capped at a maximum amount) while seeking to fill up the vacancies with permanent appointments, has brought the condition and security of appointment of the ad hoc teachers to a crisis like never before.

“Given the impossible range of vacancies created by the stalling of permanent appointments for well over a decade,” Dr Antara Dutta, a permanent faculty member at Janki Devi Memorial College recently told me, “It will take three years to fill all vacancies if appointment interviews are held round-the-clock for 365 days a year!” And who will be teaching the classes those three years if ad hoc appointments are discontinued? The teaching of “guest faculty” is capped, at half of what the “ad hoc” teachers can teach. Will classes be discontinued? Will exams be cancelled for the want of invigilators?

“When the news of the VC's decision was revealed to us,” Kovida Mehra, a student from Indraprastha College wrote to me, “we were preparing for our next exam. Our immediate concern was 'are exams cancelled because we won't have invigilators?'”

“Our department,” she went on, “is made up of all ad-hoc teachers apart from the Head of Department and the English department has only a few permanent positions.” The instructions on the circular threatens to render entire departments extinct. The students, Kovida says, stand in sympathy and support for “teachers who take our classes every day and children of those teachers who are worried that after decades of experience they are unemployed.”

It has changed their vision of the future: “Those of us who were inclined towards making academia part of our future, are thinking twice about taking that step in Delhi University.”

For the youth of today, this is a terrifying experience. Kovida tells me: “Seeing teachers who have taught in my college for more years than I have been alive, stand outside the VC's office in the winter, is a terrifying reminder of the crackdown on educational institutions as a whole.”

“Seeing teachers who have taught in my college for more years than I have been alive, stand outside the VC's office in the winter, is a terrifying reminder of the crackdown on educational institutions as a whole.”

These past few months have brought a maelstrom of experiences in the realm of the nation’s public universities, felt in sharp chaos in north India alone – to say nothing of the rest of the nation. As someone who works in a private, non-profit university founded by an act of collective philanthropy that has set a rare example in the country – and as someone who looks back to several years of teaching at a leading private university in the United States – the range and force of these experiences have been humbling, elevating, inspiring and terrifying, often all at the same time.

The facts are clear and simple: there is so much more we can, and must do as a nation to support the teachers and students in our public universities. This is a system as diverse as our nation; it includes JNU and DU, and also unsung universities like BPS Mahila Vishwavidyala that are making quiet changes in places the most resistant to change that remain invisible not only to the nation’s capital but even to its affluent, private neighbours in the same district.

The sad but unpopular truth is that to almost anyone in the middle-class and above, the public system of secondary education is already lost. They are only the crumbs left for those who cannot afford to send their children to private schools.

Please, as a nation, let’s not lose our public universities as well.

(Saikat Majumdar, Professor of English & Creative Writing at Ashoka University, is the author of several books, including College: Pathways of Possibility. He can be reached at @_saikatmajumdar on Twitter. Views are personal.)