A new survey on intake of added sugar by age groups has revealed that in general, adults and elderly people were consuming slightly higher sugar than the younger ones. On gender yard-stick womenwere found to be consuming more added sugar, while among metros Mumbai takes the lead followed by Ahmedabad 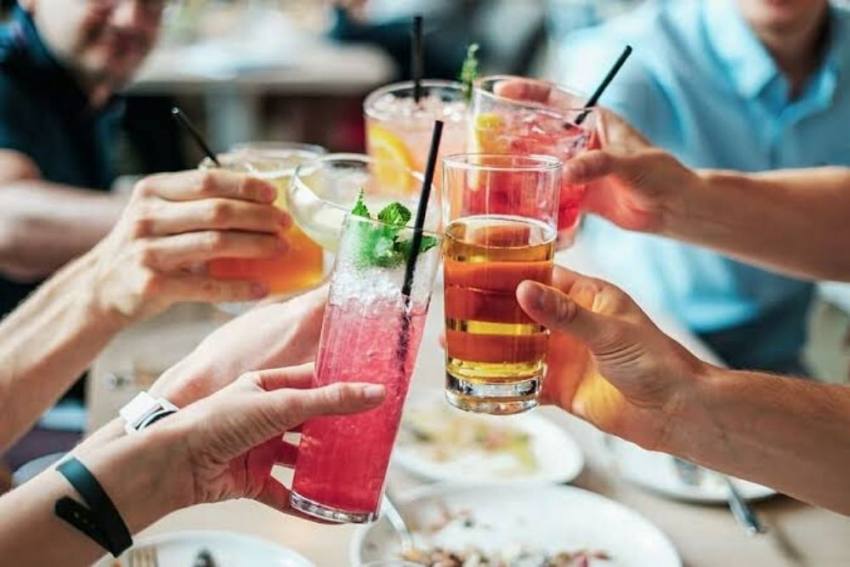 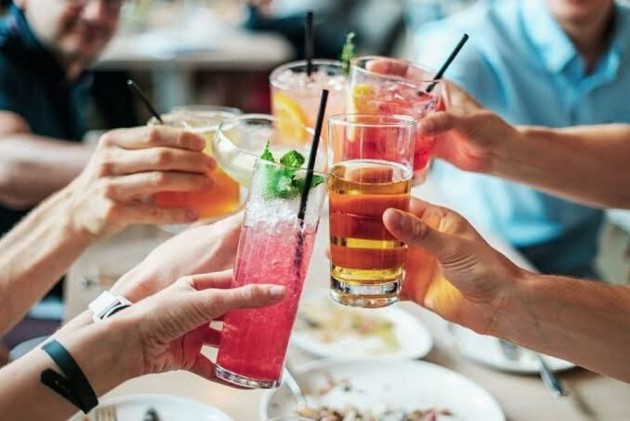 Sugar is found naturally in almost any food be it fruits, many vegetable and even milk. Added sugar on the other hand is most often associated with candy, soft drinks, and baked items. It also includes sugar you add to foods at home and cook with to add flavour, for taste, for preserving as in jams and pickles, for adding colour or texture. The findings of the new study released Monday reveals that the average daily intake of added sugar in all metro cities was 19.5 grams/ day, lower than the Indian Council of Medical Ressearch (ICMR) recommended level of 30 grams/ day.

The study has revealed that the mean intake of added sugar among metro cities of India, measured in grams per day, is highest in Mumbai and least in Hyderabad, according to a report based on a survey undertaken by Indian Council of Medical Research (ICMR)- National Institute of Nutrition (NIN), Hyderabad, and sponsored by International Life Sciences Institute -India (ILSI-India). 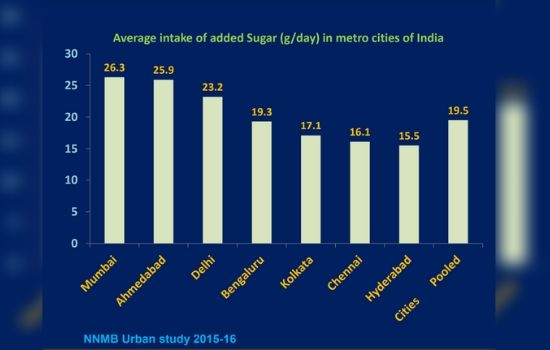 The joint study of ICMR-INN and ILSI India is the first of its kind that provides information on added sugar consumption of the city dwellers in seven major metro cities of India. At a time, the country is facing malnutrition on account of over and undernutrition along with micronutrient malnutrition, the study is of considerable importance to India to help prevent non communicable diseases (NCDs), which are engaging considerable attention of the government.

Though a direct link between high sugar consumption and Type 2 diabetes has not been established, research has linked excessive sugar consumption to an increased risk of death from cardiovascular disease (CVD). People who got more than 25 percent of their daily calories from sugar were more than twice as likely to die from heart disease as participants who got 10 percent or fewer of their calories from sugar.

The other significant finding of the study is that in general the average intake of sugar was more among women (20.2 grams/ day) than that in men (18.7 grams/ day). The same trend is observed in all cities except Ahmedabad, where men and women were consuming almost equal quantity of added sugar. While men’s consumption in Ahmedabad is 25.7 grams/ day, women consume a shade higher at 26 grams/ day. The disparity in consumption of added sugar between men and women seems to be more in Mumbai than in other cities. While women in Mumbai consume 28 grams/ day, men’s intake is only
24.4 grams/ day.

The study is based on the dietary data schedules collected by National Nutrition Monitoring Bureau (NNMB) from all the16 major states during 2015-16. The report reflects recipe -wise and metro city-wise profile based on various parameters including socio-economic and demographic particulars of the individuals, food consumption, including fat, sugar and salt intake.

Some of the key finding on sugar consumption levels were:

• The population of Mumbai (26.3g/day) and Ahmedabad cities (25.9g/day) were consuming more added sugar than the other 5 cities.

• Overall, the percent (%) of energy from added sugar, to the total energy was about 5%.

• Surprisingly, it was found that intake of added sugar was higher among laborers (18.3g) compared to professionals.

• The intake of sugar was high from the recipes such as wheat gruel, rice/corn flakes with milk and oats with milk.

The study also measured sugar consumption by community, level of literacy, occupation, activity status and by the diet intake, etc.

What’s Cooking In The Royal Kitchen? On Mughal Emperor Shah Jahan’s 388th Birthday, A Look Back At The Wonder That Was India, Gastronomically