The public can be expected to become a mob driven by irrational rage. But it is the brief of Parliament and state legislatures to douse the social flame. 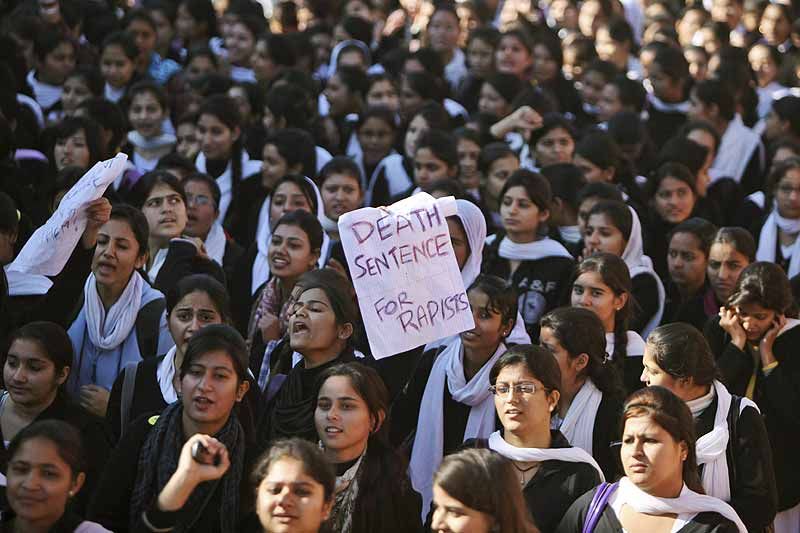 Representational Image
File Photo
Nilanjan Mukhopadhyay 2019-12-07T15:05:23+05:30 An Encounter Now And Then Is Not A Solution To An Endemic Problem

It is a cruel and poignant irony that the four men, accused of raping and murdering a Hyderabad veterinary doctor, were killed by the police allegedly in an encounter on the sixth of December.

Twenty-seven years ago, in 1992, police personnel turned a blind eye initially, and later applauded, when a majoritarian mob, thousands-strong, tore down a decrepit medieval mosque -- which had acquired far greater symbolic value for communities at loggerhead.

In 2019, roles were reversed. This time innumerable jubilatory processions were taken out across countless cities lauding the handful of police personnel who possibly decided to take law in their own hand and bowed to public pressure for speedy retribution.

Both events and many in between have repeatedly questioned India's swagger of being a Republic. It is paradoxical for a large section of the political class, intelligentsia and the hoi polloi, to find hope and justice in wilful violation of law by the police, in a nation where the Prime Minister swears by the Constitution and calls it the only Holy Book of the country.

In such a situation, one begins to wonder about honesty in the assertion and whether it makes sense to assume public offices after swearing to uphold the Constitution and rule of law. Indeed, the shoot-out during the wee hours of 6 December was preceded by India's lawmakers, almost in unison, but for a sprinkling of voices of sanity, giving a call to junk laws made by their predecessors.

It was the call by parliamentarians and celebrities, both of who have granted themselves the right to comment on everything but their own conduct, for immediate execution ("they should be lynched" was not just Jaya Bachchan's scream), which gave strength to whoever decided to press the trigger.

In 1992, then Vice President and later President of India, KR Narayanan, termed the destruction of the Babri Masjid as India's greatest political tragedy after the assassination of Mahatma Gandhi. Not the encounter in Hyderabad, but the public elation in its aftermath, is one of the gravest tragedies in India in recent years because it shows how far back in time the country has slipped.

The problem is two-fold. First, it had not even been established that the four killed were actual perpetrators or if they were made mere scapegoats, accused to ward off rising criticism of police. Second, despite the bravado of the police commissioner, who reportedly has a past of 'dubious encounters', the police would not have still acted without political clearance.

If the state government indeed gave the nod for killing the four accused in cold-blood, it raises a chilling prospect. Another two thoughts arise out of this. First, the Telangana government is hardly the first where state power has been used to take the short-cut to punishment. Second, while the clamour for instantaneous 'justice' has avenged the rape and murder of one girl, what about less 'celebrated' cases?

On the first, dacoits in Madhya Pradesh and Uttar Pradesh were often eliminated in questionable exchanges from 1950s onwards. In fact, in UP, VP Singh was forced to quit in July 1982 as chief minister within two years of assuming office. This was after reports of false encounters of smaller dacoit gangs and petty criminals in Mainpuri, Etawah, Etah and Farrukhabad districts surfaced.

Naxalites in West Bengal in the 1970s and again in Andhra Pradesh and Chhattisgarh in recent decades, petty criminals in Bhagapur, Bihar in late 1970s, the underworld in Mumbai in the 1980s, militants in Punjab in the 1980s and 1990s and in Jammu and Kashmir from the time militancy became norm and unproven allegations of extra-judicial killings in Gujarat, are instances of police taking law into their own hands and not completing the due processes of law to deliver justice.

Worse, each of these actions were publicly feted.

Recall, Siddharth Shankar Ray being labelled a 'successful' chief minister and later being appointed Governor of Punjab not for the knowledge of the state, but for having presided over a sordid chapter which triggered Mahashweta Devi's classic, Hazar Chaurasi Ki Maa. Recall the public administration and expansion of mandate for Julio Ribeiro and KPS Gill. Even the way not-so-senior or even junior officers were rewarded, suggests that extra-judicial methods have always been appreciated.

On the second thought mentioned previously, what happens to less 'celebrated' cases? Has India become a country where 'justice' will be provided only if the crime is high on the 'brutality index'? Does this mean that everyday crime which continues unabated beneath the gaze of public anger will remain unpunished?

Sadly, institutions and individuals for ensuring that the investigative and legal process becomes more efficient and swift, are looking for an easy way out. The public can be expected to become a mob driven by irrational rage.

Also Read: 'Save Me, I Want To See Them Hanged To Death': Unnao Rape Victim's Last Words

But it is the brief of Parliament and state legislatures to douse the social flame. This can be done only by systemic corrections. But instead of engaging in a time-consuming and laborious process, lawmakers, led by the government, are either asking for blood or baying for the heads of alleged criminals.

The question that everyone needs to be asked is that if instances of rape shall come down after this encounter. Another question which should have posed to the Hyderabad police was element: Why were they not more diligent and careful while taking the accused to reconstruct the scene of a crime which had become extremely sensitive and high-profile?

For a moment, if one believes the police version that the accused were shot dead when trying to escape, should not the police be criticised and not congratulated for having allowed them to try slipping away?

History shows that encounters are mostly fake. And, by supporting these, people are taking back the country to the times when nations functioned under Code of Hamurabi. Prime Minister Narendra Modi in his first I-Day speech in 2014 had argued that families need to become the first corrective institutions because the rapists were also "somebody's son."

The way his own party leaders have been screeching, it is obvious that Modi's words have been lost on them. There's something seriously wrong with the system of bringing up new generations and this includes our educational system.

An encounter now and then is not going to provide lasting solution to what is an endemic problem. Because everyone needs to perform duties better, the three arms of the State must discharge their primary responsibility.