The five-judge Constitution Bench will hear the case from the first week of October. 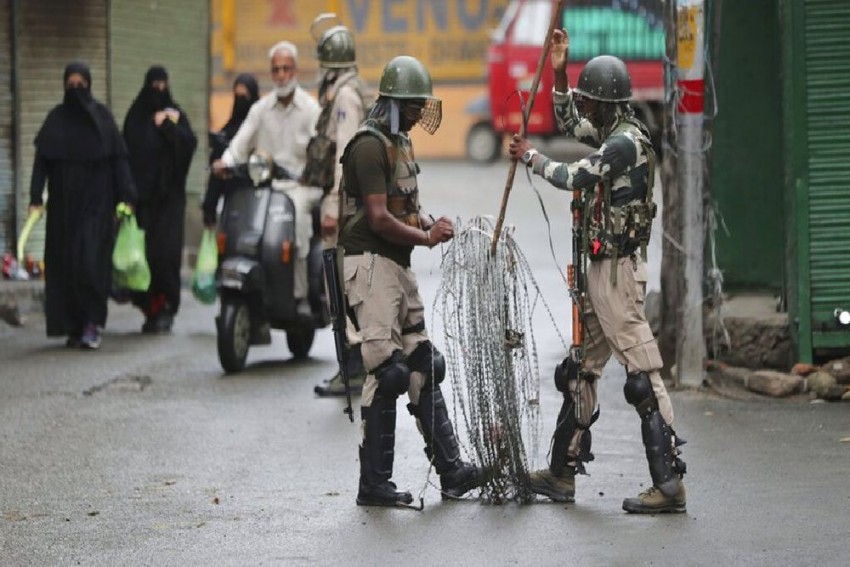 Chief Justice Gogoi said that the bench did not have the time to hear so many matters as at present
AP Photo
IANS September 30, 2019 00:00 IST 'No Time Due To Ayodhya Hearing': Supreme Court Postpones All Kashmir Cases To Oct 1 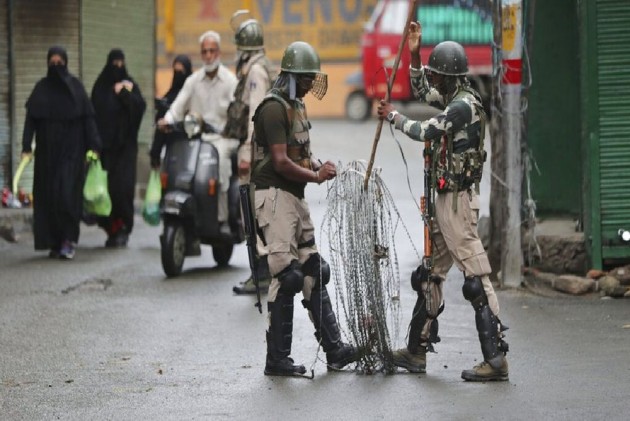 The Supreme Court bench headed by Chief Justice Ranjan Gogoi, on Monday referred a bunch of petitions relating to the validity of the Centre's move to revoke Article 370 to another Constitution Bench saying that it has no time due to the regular hearing in the Ayodhya dispute case.

Chief Justice Gogoi said that the bench did not have the time to hear so many matters as at present a Constitution bench headed by him is hearing case related to the Ayodhya dispute issue.

The five-judge Constitution Bench is headed by Justice N.V. Ramana and it will hear the case from the first week of October.

These pleas deal with various issues including the restriction of movement and the Internet ban in the Valley.

Azad's plea deals with court's permission to visit and inquire about his relatives while Yechury has challenged the detention of his party colleague and Communist Party of India-Marxist (CPI-M) leader Mohammed Yousuf Tarigami.

The petition filed by child right activists -- Enakshi Ganguly and Professor Shanta Sinha -- raises crucial questions pertaining to the detention of children in J and K.

Asifa Mubeen, wife of Mubeen Ahmad Shah, has filed a plea seeking quashing of the August 7 order of detention along with the grounds of detention under section 8(1)(a) of the Jammu and Kashmir Public Safety Act, 1978 and said that her husband, who is currently lodged at Agra Central jail has been "wrongfully deprived" of his liberty.

Sameer Kaul has filed a plea seeking restoration of internet facilities in hospitals in Jammu and Kashmir while journalist Bhasin has sought a relaxation of movement of media in the Valley.

The court has also tagged fresh petitions filed by Tarigami.

The Constitution Bench on Jammu and Kashmir issues will hear a clutch of petitions connected with revoking the provisions of Article 370, which gave special status to erstwhile Jammu and Kashmir state, from the first week of October. The petitions have challenged the constitutional validity of the Centre's decision and subsequent presidential orders on scrapping the provisions of the Article, which actually made it a dead letter in the Constitution.

These petitions have also challenged the bifurcation of the state into Union Territories of Jammu and Kashmir, and Ladakh.