Sidhu's visit to Pakistan to attend Imran Khan's swearing-in ceremony as prime minister of Pakistan in August this year had come under fire from the Opposition for his hug to Pakistan army chief Gen Qamar Javed Bajwa. 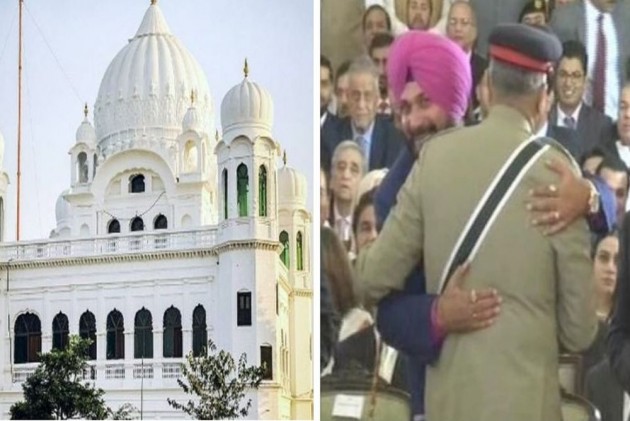 Speaking to media, Sidhu said, "My hug turned out good for 15-16 crores of people as the central government is now making move to develop the corridor from the International Border to Gurudwara Kartapur Sahib. At least this deal was not similar to Rafale deal".

In a significant decision, the Union Cabinet cleared a proposal to develop a corridor from Dera Baba Nanak in Punjab's Gurdaspur district to the International Border to facilitate Indian pilgrims to visit Gurdwara Darbar Sahib in Kartarpur in Pakistan.

Sidhu's Hug To Bajwa Should Have Been Seen As Gesture Of Civility, Nothing More

“Who is Sidhu? Sidhu doesn't have any role in it,” said Badal.

Who is Sidhu? Sidhu doesn't have any role in it: Sukhbir Singh Badal, SAD on Centre to write to the Pakistan govt to build Kartarpur Corridor. pic.twitter.com/CeTJR25fpM

Sidhu had earlier raised this issue with Union External Affairs minister Sushma Swaraj in connection with the opening of Kartarpur corridor. He had said it was the responsibility of the Indian government to make a formal request to Pakistan for it.

Sidhu's visit to Pakistan to attend Imran Khan's swearing-in ceremony as prime minister of Pakistan in August this year had come under fire from the Opposition for his hug to Pakistan army chief Gen Qamar Javed Bajwa.

Sidhu had claimed that the Pakistan army chief had told him about “making efforts to open the Kartarpur corridor”.

Even Punjab Chief Minister Amarinder Singh had ticked off his Cabinet colleague for hugging the Pakistan army chief.

Kartarpur is located in Shakargarh in Narowal district of Pakistan's Punjab. Guru Nanak Dev, founder of Sikhism, had spent over 18 years of his life here.

The Kartarpur Sahib Gurdwara is located about three to four km from the Indo-Pak border in Pakistan.