Despite a strong law in favour of disabled candidates, they have to run from pillar to post and move the courts for securing their rights and gaining entry into institutions of higher learning. 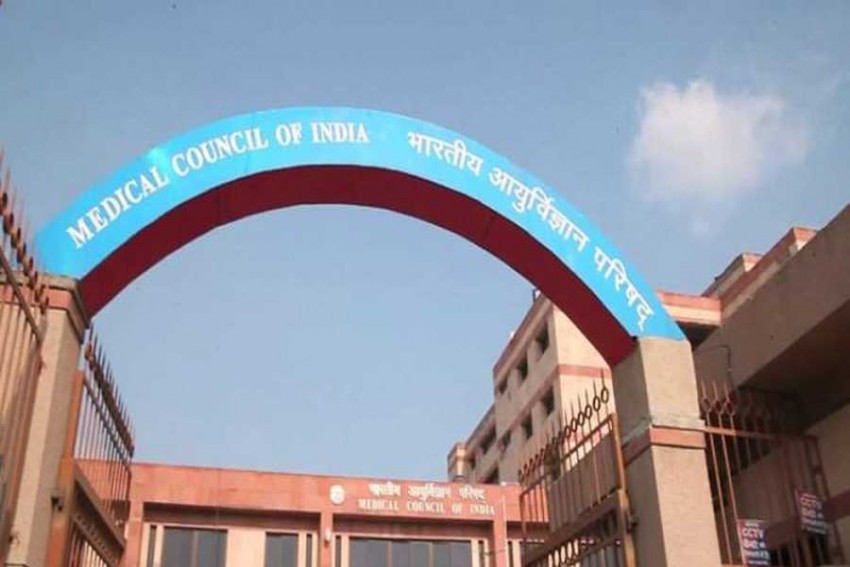 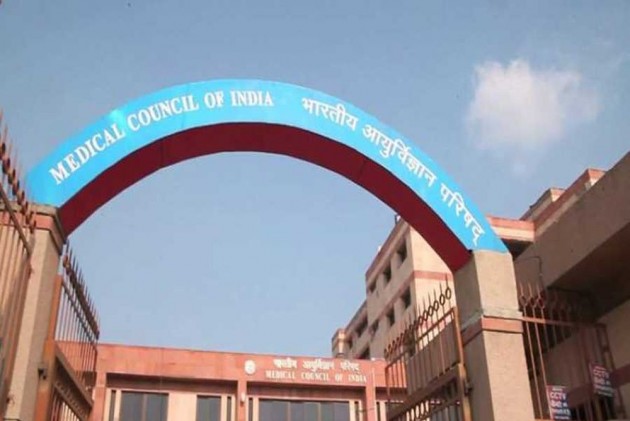 The Medical Council of India (MCI) has called for a "public opinion" to reconsider the eligibility criteria for differently-abled candidates pursuing medical education, leaving disability activists as well as thousands of NEET aspirants outraged and disheartened.

The uncertainty spawned by MCI’s notification may discourage thousands of students from opting for the physically handicapped (PH) quota, which is around 5 per cent of about 60,000 seats in 600 medical colleges across the country.

Besides the immediate ambiguity of the situation, physically handicapped candidates have always been at a disadvantage and faced social and procedural biases in pursuing their medical education despite favourable legal provisions.

Even before the enactment of the Rights of Persons with Disabilities Act (RPDA) 2016, the earlier disability-related law allowed persons with seven categories of disabilities to pursue higher education. However, the MCI allowed only candidates with below 70 per cent disability of the lower limbs to study medicine.

“The only way was to wage individual legal battles for admission,” says Mohammad Arif, a third-year student from MGM Medical College, Jamshedpur.

Arif suffers from low vision but didn’t disclose his disability at the time of taking admission, fearing that his admission might be cancelled. He had cleared NEET from the general quota.

“I only disclosed it last year when I had to apply for a scholarship,” Arif said.

The new disability law - The Rights of Persons with Disabilities Act – enacted in 2016, not only added 14 new disabilities to the previous list of seven, but also raised the quota from 3 per cent to 5 per cent.

“The Act says that any candidate whose disability is equal to or more than 40 per cent will get the benefit of the PH quota,” says Dr Arun Pandey, an MS Orthopedics from All India Institute of Medical Sciences (AIIMS), Delhi.

In November 2017, the MCI, in a landmark shift, decided to allow all 21 categories of disabled candidates to take graduate and post-graduate medical courses for the academic year of 2018-19.

However, the Ministry of Health & Family Welfare (MOHFW) instructed the MCI to come up with fresh guidelines with restrictions for various categories of disabilities, despite objections by experts and activists fighting for the rights of the disabled.

“The guidelines allowed a candidate suffering equal to or less than 80 per cent locomotor disability to take medical education, which was contrary to the new disability act which sets 40 per cent benchmark,” says Pandey.

He adds, “It disqualified a candidate with dyslexia holding that there was no test to define the percentage of disability.”

An organisation “Doctors with disabilities: Agents of Change’ under the leadership of Dr Satendra Singh, Associate Professor of Physiology from the University College of Medical Sciences, Delhi, challenged this first whereby MoHFW amended controversial sections of ‘80% cap of locomotor disabilities’ and disallowing Specific Learning Disability (SpLD).

The bigger challenge was procedural biases at the government-appointment counselling authorities which were insensitive in implementing MCI regulations.

Despite a strong law in favour of disabled candidates, they have to run from pillar to post and move the courts for securing their rights and gaining entry into institutions of higher learning.

The realm of medical education is dominated by a plethora of litigation where matters get settled only once they reach the Apex Court.

More than half a dozen candidates filed cases in various courts in 2018. While some candidates were deprived admission due to the MCI regulations which didn’t follow the existing disability law, other candidates alleged that though MCI regulations permitted them to pursue MBBS course, counselling authorities rejected their admission applications.

One of the cases of violation of the disability law was of Purswani Ashutosh, who suffers from low vision. After he was denied admission by the counselling authorities, he approached the Supreme Court, which validated his admission on August 24, 2018.

The apex court had asked a committee of experts to determine if Ashutosh’s visual disability was within the benchmark of the Disabilities Act and whether he was fit to undertake the MBBS course.

The expert committee opined that though Ashutosh’s visual disability was within the benchmark of the Disabilities Act, he was unfit to pursue the MBBS course.

However, the Supreme Court didn’t accept the report, ruling that it did not disclose the exact reasons as to why Ashutosh was unfit to pursue MBBS.

After the Supreme Court order, cases of disabled candidates suffering from dyslexia, dwarfism, chronic neurological condition etc., that were pending in other high courts, also received favourable judgments and their admissions were protected.

The denial of admission due to procedural biases is also blatant. Despite MCI regulations giving the benefit of reservation to the candidates, counselling authorities remain biased.

“Counselling authorities in various states still believe that a physically-challenged person cannot become a doctor,” says Ganesh Baraiya, a Gujarat-based candidate suffering from dwarfism, who was denied admission despite having MCI guidelines in his favour.

Ganesh, whose height is 96 cm and weight 14 kg, cleared NEET under PH quota this year, but MCI arbitrarily held that he was ineligible for the MBBS course. He approached the Gujarat High Court, which didn’t rule in his favour.

“Finally, I got relief from the Supreme Court which set aside MCI’s order,” Ganesh said.

Suresh, a 20-year-old second year medical student, who is unable to see beyond a distance of 8 cm, faced a similar plight.

Suresh secured admission in Raichur Institute of Medical Sciences (RIMS), a government medical college in Karnataka in 2016, but a year later, the MCI cancelled his admission holding that the only disability allowed in medical colleges is of the lower limbs.

“I approached the Kalaburagi Bench of the Karnataka High Court which granted an interim stay on the MCI cancellation order,” Suresh says.

Though the MCI amended its guidelines to align with the existing law and the Supreme Court orders, the medical fraternity and activists contend that it still violates the disability act by not allowing individuals suffering from certain categories of disablilty to pursue their dream career.

For instance, the guideline doesn’t recommend PH quota for Autism spectrum disorders and mental illness due to “lack of objective method to establish presence and extent of mental illness.”

The Council’s members argue that it is difficult to assess a benchmark of certain categories of disability.

Another major issue is the unavailability of facilities for disabled persons in medical colleges in India.

“Colleges don’t want to create special facilities as it will raise their education cost without ensuring good returns,” says a promoter of a private medical college requesting anonymity.

However, independent experts have a different take.

Dr Singh counters the MCI prejudice with global practice and legislations such as The Americans with Disabilities Act (US) and The Equality Act (UK).

Singh says, “The majority of students with disabilities in medical education in the United States have invisible disabilities – ADHD (33.7 per cent), Specific Learning Disability (SpLD) (21.5 per cent), psychological disability (20 per cent), deafness or being hard of hearing (2.2 per cent) -in addition to visual (3 per cent) and mobility (2 per cent) disability.”

He adds, “Similarly, in the UK, 10 per cent of medical students from a medical school have reported SpLD. Doctors with disabilities bring unique perspectives to medicine and contribute to a diverse physician workforce of culturally-competent practitioners.”

On the one hand, due to judicial scrutiny and media pressure, since the enactment of RPWD Act, reservation in medical education for persons with specified disabilities has become a reality. However, on the other hand, what is happening in other realms of higher education-viz., technical, legal, humanities, sciences etc., is not known due to the absence of a centralised mechanism of data collection.

'You Are Not Alone': Why A Photo Shared By Indian Army Is Winning Hearts On Internet